A league of their own: Meet the middle-aged women playing hockey for 1st time in St. John’s

A group of women playing hockey in St. John’s is fighting back against the notion that the older you get, the harder it is to try new things.

The women are all between the ages of 30 and 70 and they play once a week at St. Bonaventure’s Arena.

Their ingenious tactic to keep the game comfortable for newbies — kick out the players who grow too good.

The game began in 2006 when Liz Ohle, now 64, found herself with one hour of ice time each week and decided to use the time to teach other women how to play hockey.

“What I wanted to have was an entry level place for adult women to be able to come and learn some skills,” she said. 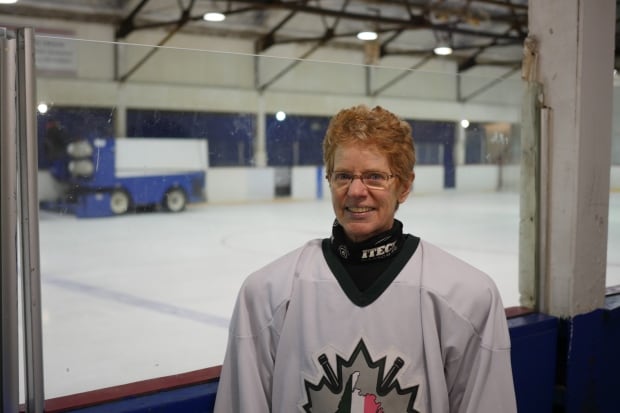 Liz Ohle decided to start the weekly hockey game for beginners when she realized there wasn’t really a space in St. John’s for adult women to learn the game. (Andrew Sampson/CBC)

Ohle had previously played in a Friday night women’s league but found it too competitive for newcomers.

So she did what any enterprising woman would do: she started hosting her own game for beginners. 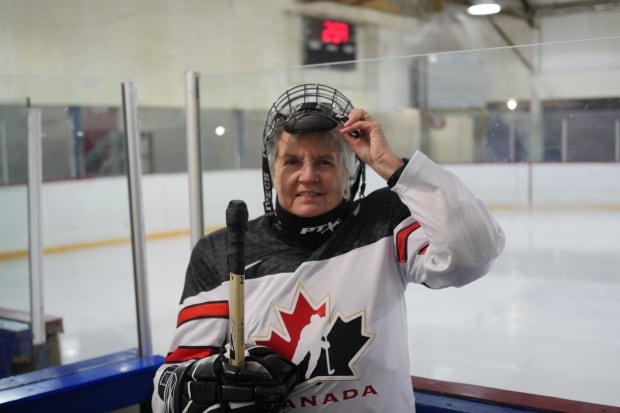 At 70, Carolyn Emerson shows no signs of hanging up her skates. She’s having a blast playing in the weekly hockey game for beginners. (Andrew Sampson/CBC)

For the women who suit up, it’s been a blessing to discover the thrills of playing a sport they’ve been watching on TV all their lives.

Carolyn Emerson first tried hockey in her 40s with faculty at the university where she worked, but it wasn’t until she was in her 60s that she rediscovered the game in St. John’s.

“I had never played hockey, I had a pair of figure skates and occasionally at school you’d go skating but really hadn’t kept up my skating at all, and certainly had never had a hockey stick in my hand to play hockey,” said Emerson, now 70 and the oldest player in the group. 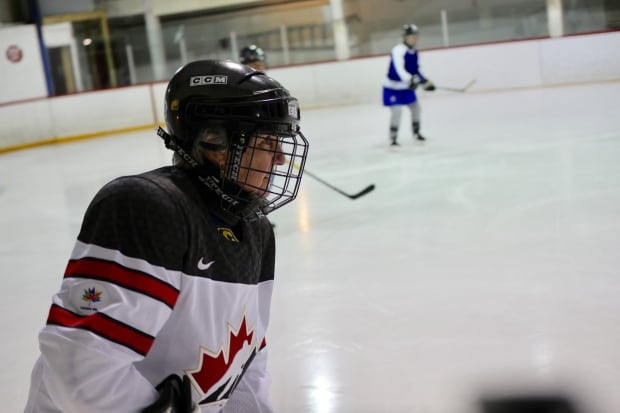 “I’m really aware of wanting to stay as active as I can and this is certainly a fun way to do it in the winter when the streets are a bit icy and you can’t get out for a walk or certainly not for a game of golf, so this game has just been lovely.”

For Ohle, bringing the game to adult women has been a long time coming.

“It’s not been that many decades that women have had an opportunity to play hockey at all and some of us that are a bit older missed out on opportunities for female sports when we were growing up,” she said. 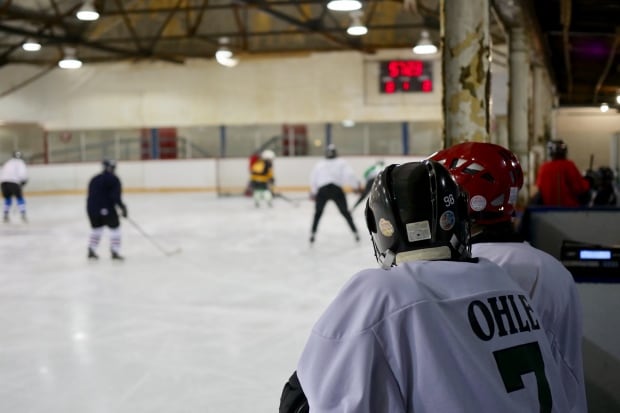 Liz Ohle watches from the bench as the women she’s recruited to to play hockey for the first time compete on the ice. (Andrew Sampson/CBC)

“These days it’s really excellent to see young girls playing hockey at all levels and that’s really neat and they will never be playing this game with us here but they inspire us.”

Sometimes, the younger players even come to watch the older women on the ice.

“They come and watch their moms play and they get pretty excited to see what their moms have been able to do as well.”