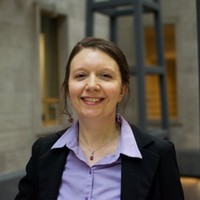 The Living — And Livable — History Of Bay Area Midcentury Modern

Clara H. Whyte is the Executive Director of Bioepokas, a Canada-based non-profit organization aimed at inventing and implementing novel socio-economic and political models to facilitate the ecological transition. She is an ecological economist and a political scientist with 20 years of experience working on global environmental issues mainly in Canada and in Latin America, and with a particular focus on the agriculture & agrifood sector. She stands out as a social scientist who can also rely on strong scientific bases to support her analyses. In fact, she holds two Master’s degrees: one in ecological economics from the University of Versailles (France) and one in political science from the Paris Institute of Political Studies (Sciences Po Paris, France). She also completed a Certificate in food science and technology from the University Laval (Quebec, Canada), as well as numerous university courses in biology, agronomy and ecology. In all her assignments, she has been recognized for her very strong analytical skills as well as her ability to work across cultural settings with a great variety of stakeholders. She speaks fluently French, English, Portuguese and Spanish. She also has an advanced level in German and is learning Mandarin Chinese.