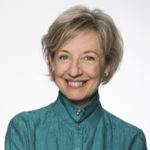 Shari has spent more than 25 years shamelessly exploiting media to draw attention to issues she knows and cares about. Now she motivates and trains others to do the same, delivering highly-rated conference keynotes and practical workshops across the country. The founder and catalyst of Informed Opinions, she’s an award-winning author and women’s advocate. Since 2010, she has helped amplify the voices of thousands of women across Canada, supporting them in sharing their insights with a broader public.

A former newspaper columnist, TV producer and commentator for CBC radio and TV, Shari also served as press secretary to a provincial premier, and as president of MediaWatch. She’s a proud alumna of the University of British Columbia (Theatre) and Simon Fraser University (Communications), where she also taught. She has published two best-selling media literacy books for youth, received the Governor General’s Award in Commemoration of the Persons’ Case, and been named one of Canada’s Top 100 Most Powerful Women. Royalties from her edited collection, I Feel Great About My Hands – And Other Unexpected Joys of Aging, benefit Informed Opinions. Her newest book, OMG! What if I really AM the best person? offers purse-size inspiration for knowledgeable women whose voices deserve to be amplified. 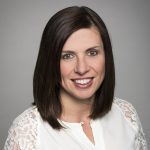 Samantha joined Informed Opinions in January 2015 offering virtual administrative support, and quickly made herself indispensable. As Manager of Administration and Recruitment, she plays two main roles: she provides essential support to Informed Opinions’ programming and communications; and she enrols qualified candidates into the Informed Opinions’ expert women database, an online tool designed to help journalists, producers and conference programmers find the female guests, speakers and expert sources they need. Samantha has more than 18 years of experience in office management delivering support for high level professionals, and a background in editing and communications. 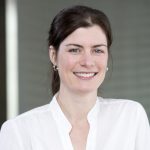 Laura Shine is delivering Informed Opinions’ vision and mission to francophone audiences through the sister initiative, Femmes Expertes. An excellent writer and editor, she facilitates media engagement workshops in both languages and is extending the organization’s outreach to French media networks. She previously worked as a research journalist and news editor for Radio-Canada. Her writing has been published in both specialized journals andmainstream media. Designated a Public Scholar by Concordia University for her knowledge mobilization skills, she has also made numerous television and radio appearances to discuss her PhD research. Laura draws on her experiences in both academia and the media to support others in sharing their own subject matter and experience-informed insights with broader audiences. 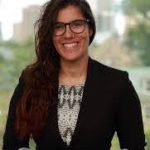 Maïka Sondarjee is a Ph.D. candidate in political science at the University of Toronto. She is also a graduate associate at the Centre for Critical Development Studies (CCDS) and at the Centre d’études et de recherches internationales, University of Montreal (CERIUM). Her SSHRC-funded dissertation studies public participation processes and the inclusion of local populations in policymaking at the World Bank. Maïka is also a consultant on women’s inclusion in policymaking and women’s empowerment in the global South. At the University of Toronto, she teaches feminist and critical theories of international relations. Throughout the years, she volunteered for the NGO Socodevi in Bolivia, Oxfam in Burkina Faso and Mother Teresa Missionaries of Charity in India. 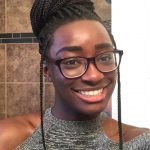 Sherlyn Assam is in her final year at Carleton University, studying journalism and political science. She writes and serves as an executive member for student publications, Her Campus and Carleton Journalists for Human Rights. Off campus, she volunteers with the Ottawa Coalition to End Human Trafficking, hoping to contribute her talents to abolitionist organizations after graduating. Sherlyn also plans to use her writing and storytelling abilities to share the testimonies of women exploited by sex trafficking through memoirs. She supports Informed Opinions by building expert profiles, identifying emerging news stories and connecting journalists to Informed Opinions’ database of diverse sources. 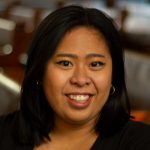 Karen-Luz Sison is an editor, content creator and writer who graduated from Carleton University’s School of Journalism in 2018. She worked for two years as an editor with Carleton’s independent student newspaper The Charlatan, first as the opinions editor and then as the editor-in-chief. During her time as editor-in-chief, she advocated for the preservation of independent student press. She’s passionate about increasing diversity in media and entertainment. Her writing has been featured in Ricepaper Magazine, Living Hyphen and the Globe and Mail. She supports the work of Informed Opinions by featuring women in the Informed Opinions’ expert women database by making them readily accessible to journalists through social media. 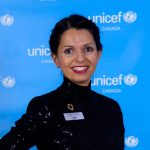 Hanita Simard is a life-long learner who believes in the power of education and the importance of personal connections.  After obtaining degrees in science and education, she co-chaired a $1.6 million capital campaign to renovate St. Gerard’s Parish, and later joined UNICEF Canada’s Water for Life Gala committee, which she has co-chaired since 2014.  The gala raises over $1 million a year to provide safe, clean water and private latrines at schools in Uganda so that girls can stay in school through puberty. Hanita also supports UNICEF’s women’s philanthropy initiatives investing in projects benefiting mothers and children in eight countries in the global south. She conceived of Making Waves after experiencing a workshop Shari Graydon delivered in 2018, and collaborated with her daughter, Avery and a cross-generational group of women to mobilize young women to embrace their own power.