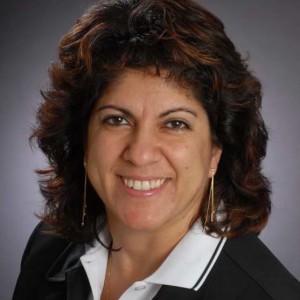 Sue is Co-Founder/CEO of her second start-up Amika Mobile focussed on public safety and security. Sue is a rare woman technology CEO who has a reputation for excellence and innovation. As a two-time founder/CEO and entrepreneur for 17 years, she has formed boards of directors and advisors. As CEO, she provides the vision for the company and its products, directs business strategy; ensuring product development matches customer pain points. Sue is also a key inventor and innovator numerous international patents. Her leadership is pivotal in securing financing and forming effective management, business and technical teams.

Her first company, AmikaNow! was launched as a spin-off from NRC government R&D labs in 1998. It was focussed on AI and content analysis. Its products were launched out of her PhD thesis in AI completed at Carleton University. Its Compliance Business was acquired by Entrust in 2004. As Entrust VP Content Technology, Sue transitioned the compliance business. As a CEO she has created hundreds of high value jobs in AI software, Security, Business, Sales and Operations.

During her 35 years in technology, she has established an exemplary record as an innovator, Industry leader, employer and a technology pioneer. Sue holds 30 International patents in automatic content analysis and critical and emergency communications. As many as 40 Global Companies have cited her pioneering patents including Google, Apple, Facebook, Microsoft, Cisco, Motorola, IBM, Ford, Blackberry, Xerox, Yahoo!, etc.

Sue's most recent company has won 21 awards including the Top 10 companies to watch by IDC, ASIS Accolades for Critical and Emergency communications and situational awareness and Top 10 Angel Backed Company Nationally and Top 5 in Ontario by the NACO. Amika Mobile was also selected for US GOVIES 2015, 2016 and 2017 Platinum and Gold Awards for outstanding product in Emergency Communications. Sue has published and presented over 125 papers, she authors the Amika Mobile Blog and writes the @AmikaAlert Twitter feed. Sue is often an invited speaker and has spoken at ASIS, RSA, Inbox, NetSeC, CTIA and Burton Catalyst. She has also contributed to the Prime Minister’s Task Force on Women Entrepreneurs and been asked as a witness to Parliamentary Committees on small business and government procurement strategies. Sue is an avid Ottawa Senators hockey fan. Sue was invested into the Order of Ontario in 2011 and was given the Queen Elizabeth II Medal for Service to Canada in June 2012. Sue was named to the Top 25 by the Women of Influence in September 2014 recognizing her for entrepreneurship and business acumen and sharing a position with only 5 other women as Top in Business in Canada for 2014. She also won WXN Top 100 Women in Canada awards in the Trailblazers and Trendsetters category in both 2015 and 2016.