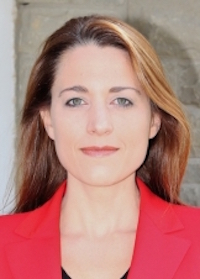 And Kristina Llewellyn, a professor at the University of Waterloo and faculty member at The Games Institute is working on a $500,000 dollar VR project for Nova Scotia high school students — dubbed the Digital Oral Histories for Reconciliation (DOHR) project.

"There's great criticism about VR and technology generally for education, that it is about disconnection and a lack of communication skills for young people," she said. "This is meant to do the opposite."...

Some Truth and Reconciliation Recommendations More Easily Enacted Than Others

“They cover everything from child welfare and education to a national centre of reconciliation, which has already been established, and work in the justice system,” Kristina Llewellyn, an associate professor of social development studies at University of Waterloo, tells Yahoo Canada News...

That's one important way she believes aboriginals and non-aboriginals can go forward in the wake of the commission's findings and recommendations regarding "cultural genocide" spanning 130 years.

"We're trying to figure out a way in which this historical legacy of trauma can be addressed with our youngest generation," said Llewellyn, the president of the Canadian History of Education Association, who attended a few commission events in Ottawa... 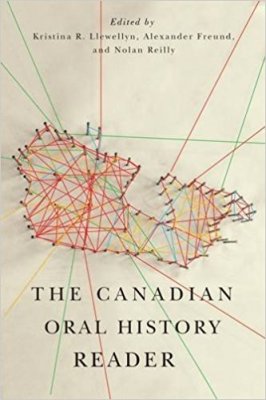 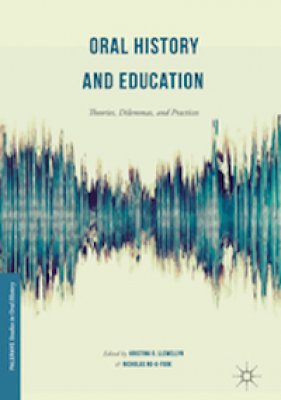 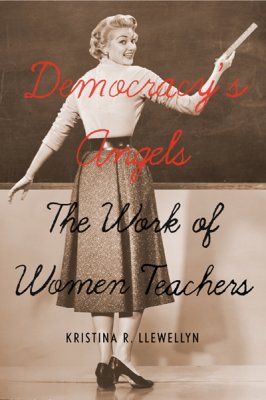 A Restorative Approach to Learning: Relational Theory as Feminist Pedagogy in Universities

by Llewellyn, K. and J. Llewellyn

Published by In K. Llewellyn, A. Freund, and N. Reilly (eds.) The Canadian Oral History Reader.

Published by In K. Llewellyn, A. Freund, and N. Reilly (eds.) The Canadian Oral History Reader.

‘Better Teachers, Biologically Speaking’: The Authority of the ‘Marrying-Kind’ of Teacher in Postwar Schools

Published by In P. Gentile and J. Nicholas (eds.), Contesting Bodies and Nation in Canadian History

Beyond Facts and Acts: The Implications of ‘Ordinary Politics’ for Youth Political Engagement (2009)

by Llewellyn, K. and J. Westheimer

The State and Potential of Civic Learning in Canada. Ottawa (2007)

by Llewellyn, K. and S. Cook

Published by Oral History and Education

2011 This article examines the discursive construction of ‘active citizenship’ within recent civics curriculum documents across three provinces in Canada. New secondary school civics curricula have emerged across liberal democratic states since the year 2000, presumably in response to the perception of youth as disengaged from political involvement. Many of the new curricula subsequently emphasize ‘active’ engagement within the polity. The central task of this paper is to better understand what such ‘active citizenship’ actually means, via the methodological tool of discourse analysis. Engaging a theoretical frame that incorporates Foucauldian governmentality theory and cultural theories of the role of the state in creating subjectivities, the paper ultimately argues that the ‘active citizen’ of contemporary civics curricula is, in fact, a deeply neoliberal subject. The article then draws on feminist theories of citizenship in order to assess the forms of exclusion that the curriculum documents inadvertently create, arguing that they ultimately participate in a long tradition of devaluing such elements of citizenship as relationality and emotional ties. We conclude that one of the fundamental goals of citizenship education – to expand access to citizenship participation for all – has failed.

Civic learning: Moving from the apolitical to the socially just

Published by Journal of Curriculum Studies

2010 This study examines the knowledge and skills that characterize civic learning for young people. Building on a literature review, it reports an exploratory case study with students and teachers in four secondary schools in the Ottawa, Canada region. The perspectives of researchers co‐operating with educators and students against a backdrop of provincial government curricula and secondary literature on youth citizenship engagement provide an enriched understanding of the state and potential of civic learning. It concludes that current civic learning is primarily characterized by procedural knowledge and compliant codes of behaviour that do not envelope students in collective action for systemic understandings of political issues. This study argues for renewed efforts to put social justice at the heart of student learning. To present a convincing civic educational programme, schools should prepare students to analyse power relationships, investigate the ambiguities of political issues, and embrace opportunities for social change.

Dr. Llewellyn has broken new ground internationally in the study of oral history, history education, citizenship education, and the history of education. In 2012, she authored Democracy’s Angels: The Work of Women Teachers. The Canadian Oral History Reader, which she co-edited and published in 2015, is the first primer on oral history scholarship ever produced in Canada. Oral History and Education: Theories Dilemmas and Practices, published in 2017, is the first comprehensive assessment of oral history education within 21st century schooling. She is the author of dozens of award-winning journal articles and book chapters; an impressive volume for an early-career scholar in history and education. Now an Associate Professor of Social Development Studies, she has spoken at more than 20 national and international conferences, including several invited keynotes.

She recently served as President of the Canadian History of Education Association and an advisor for the national traveling museum exhibit Trailblazing Women in Canada. Llewellyn is the Principal Investigator of the SSHRC project Citizens of the World: Youth, Global Citizenship, and the Model United Nations. She is also the Director of the SSHRC project Digital Oral Histories for Reconciliation. This project creates virtual reality oral histories with former residents of the Nova Scotia Home for Colored Children to assess how virtual storytelling may redress historical harms with youth in schools.

Presented at Exploring Possibilities: A Restorative Approach to Climate and Culture in Education, Workplaces and Professions

Llewellyn, K. (May 2016). Community, Cosmopolitanism, and Creativity: On the Mobility of Shared Time and Curricular Conversation

Presidential Panel for the Canadian Association for Curriculum Studies

Llewellyn, K. (May 2016). What is ‘Good’ Feminist Oral History: Truth, Language, and Identity

Centre for Research and Documentation of Contemporary History of Brazil (CPDOC)

Llewellyn, K. (May 2016). Back to the Future: The Political Power of Oral History Education

Centre for Oral History and Tradition

Llewellyn, K. (October 2015). Oral History in Canada, Past and Present

Faculty Workshop for Centre for Oral History and Tradition

The UN at 70: Canadian Perspectives (Symposium)

Llewellyn, K. (October 2012). Schooled for Democracy: The History of Education in Canada