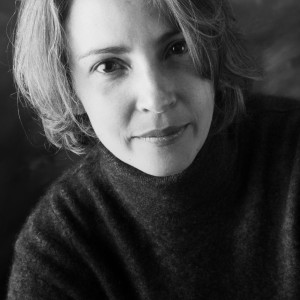 Published by Ecology and Evolution

Climate change is causing widespread geographical range shifts, which likely reflects different processes at leading and trailing range margins. Progressive warming is thought to relax thermal barriers at poleward range margins, enabling colonization of novel areas, but imposes increasingly unsuitable thermal conditions at equatorward margins, leading to range losses from those areas. Few tests of this process during recent climate change have been possible, but understanding determinants of species' range limits will improve predictions of their geographical responses to climate change and variation in extinction risk. Here, we examine the relationship between poleward and equatorward range margin dynamics with respect to temperature-related geographical limits observed for 34 breeding passerine species in North America between 1984–1988 and 2002–2006. We find that species' equatorward range margins were closer to their upper realized thermal niche limits and proximity to those limits predicts equatorward population extinction risk through time. Conversely, the difference between breeding bird species' poleward range margin temperatures and the coolest temperatures they tolerate elsewhere in their ranges was substantial and remained consistent through time: range expansion at species' poleward range margins is unlikely to directly reflect lowered thermal barriers to colonization. The process of range expansion may reflect more complex factors operating across broader areas of species' ranges. The latitudinal extent of breeding bird ranges is decreasing through time. Disparate responses observed at poleward versus equatorward margins arise due to differences in range margin placement within the realized thermal niche and suggest that climate induced geographical shift at equatorward range limits more strongly reflect abiotic conditions than at their poleward range limits. This further suggests that observed geographic responses to date may fail to demonstrate the true cost of climate change on the poleward portion of species' distributions. Poleward range margins for North American breeding passerines are not presently in equilibrium with realized thermal limits.

Published by Canadian Journal of Zoology

In Canada, habitat loss has pushed many more species to the brink of extinction than expected in a region with extensive wilderness. However, species richness gradients depend strongly on climate, so species are concentrated in southern regions, where agricultural and urban land uses are both intensive and extensive. Agricultural pesticide use is associated with increasing rates of species endangerment in the south, but long-range transport of persistent organic pollutants is an emerging issue in remote northern regions. Because their distributions reflect climate so strongly, climate change threatens species throughout Canada. Evidence indicates that species’ distributions, phenologies, and interactions with pests and diseases are changing more rapidly in response to climate change than global mean values. Nevertheless, climate change is expected to impose dispersal requirements that surpass species’ maximum rates. Habitat losses may interact with climate change to impair species’ dispersal still further, creating the potential for widespread disruption of biological systems in the most diverse areas of Canada. New research is urgently needed to address questions, and the ethics, around species translocation, ecosystem engineering to anticipate future environmental conditions, and strategies to facilitate the persistence of rare species in landscapes dominated by human activities.

Climate changes impose requirements for many species to shift their ranges to remain within environmentally tolerable areas, but near-continuous regions of intense human land use stretching across continental extents diminish dispersal prospects for many species. We reviewed the impact of habitat loss and fragmentation on species' abilities to track changing climates and existing plans to facilitate species dispersal in response to climate change through regions of intensive land uses, drawing on examples from North America and elsewhere. We identified an emerging analytical framework that accounts for variation in species' dispersal capacities relative to both the pace of climate change and habitat availability. Habitat loss and fragmentation hinder climate change tracking, particularly for specialists, by impeding both propagule dispersal and population growth. This framework can be used to identify prospective modern-era climatic refugia, where the pace of climate change has been slower than surrounding areas, that are defined relative to individual species' needs. The framework also underscores the importance of identifying and managing dispersal pathways or corridors through semi-continental land use barriers that can benefit many species simultaneously. These emerging strategies to facilitate range shifts must account for uncertainties around population adaptation to local environmental conditions. Accounting for uncertainties in climate change and dispersal capabilities among species and expanding biological monitoring programs within an adaptive management paradigm are vital strategies that will improve species' capacities to track rapidly shifting climatic conditions across landscapes dominated by intensive human land use. © 2015 Society for Conservation Biology.

Pollinators, such as butterflies, contribute to vital ecosystem services, but are susceptible to changing thermal regimes associated with recent climate change. While butterflies are responding to climate changes in many ways, they are not keeping pace. Rapid climate changes are leading to an accumulation of climate debts (or loss of climatic habitat) at continental scales. Climate change mediated shifts in distribution depend on many factors, but particularly on species-specific dispersal abilities and availability of larval host plants. We measured geographical variation in mobility for butterfly species across North America relative to their conservation status and the intensity of human land use. We identified areas where the rate and variability of recent climatic changes have been relatively low and could be managed for pollinator conservation, potentially augmenting existing protected area networks. Using the Yellowstone to Yukon region as a case study, we outline differences between connectivity analyses that incorporate (i) human footprint, (ii) human footprint in conjunction with climate change considerations, and (iii) human footprint in conjunction with climate change considerations weighted by species mobility and richness. All three approaches yield different connectivity recommendations. Conservation management efforts to enhance climate change-related dispersal should focus on improv- ing landscape connectivity based on species-specific mobility, richness, and climate change, as well as landscape permeability. Improving connectivity is particularly vital in areas where mobility and landscape permeability are low but species are at greatest risk of extinction. Mobility matters when considering efforts to mitigate climate change impacts on butterflies.

A conceptual framework for the emerging discipline of conservation physiology

Current rates of biodiversity decline are unprecedented and largely attributed to anthropogenic influences. Given the scope and magnitude of conservation issues, policy and management interventions must maximize efficiency and efficacy. The relatively new field of conservation physiology reveals the physiological mechanisms associated with population declines, animal–environment relationships and population or species tolerance thresholds, particularly where these relate to anthropogenic factors that necessitate conservation action. We propose a framework that demonstrates an integrative approach between physiology, conservation and policy, where each can inform the design, conduct and implementation of the other. Each junction of the conservation physiology process has the capacity to foster dialogue that contributes to effective implementation, monitoring, assessment and evaluation. This approach enables effective evaluation and implementation of evidence-based conservation policy and management decisions through a process of ongoing refinement, but may require that scientists (from the disciplines of both physiology and conservation) and policy-makers bridge interdisciplinary knowledge gaps. Here, we outline a conceptual framework that can guide and lead developments in conservation physiology, as well as promote innovative research that fosters conservation-motivated policy.