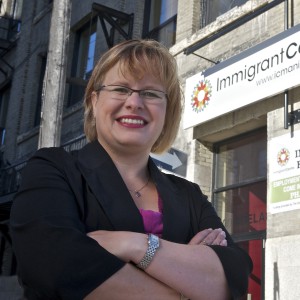 Professor of Sociology, University of Manitoba

Professor of Sociology, specializing in immigration and refugee studies and survey methods

What are the challenges refugees to Manitoba Face?

This interview discusses the settlement and services available to refugees in Manitoba.

Refugees: What do we know?

A short interview examining life in refugee camps and dispelling myths about refugees in Canada.

This short interview provides information about how refugees settle in Canada.

A short interview about racism, police and the Black Lives Matter movement in the US

There’s a deep history behind every cultural group in Winnipeg that contributes to the city’s cultural diversity. Twenty-two per cent of Winnipeg residents were born outside of Canada. It’s a number that’s hovering at the national average, says Lori Wilkinson, a professor in the department of sociology at the University of Manitoba, who specializes in immigration and race relations.

Race issues are clearly a factor in the shootings but it is the particular circumstances of the shooter or shooters that are most relevant, said Lori Wilkinson, a University of Manitoba sociology professor and race relations expert. “With any kind of incident like this you have to look at the individual and their mindset,” Wilkinson said. “To actually murder somebody is a step that even the most angry people on both sides wouldn’t take.”

A Probe Research Inc. survey conducted this spring and released in time for Canada Day found that six in 10 respondents described immigration as having a positive effect compared to just six per cent who perceived it as having a negative effect. "I’m not surprised," said Lori Wilkinson, a University of Manitoba sociology professor and editor-in-chief of the Journal of Migration and Integration. Winnipeg is similar to other Canadian cities, she said from Berlin where she's meeting with German counterparts to talk about Syrian refugees, immigration systems and conducting longitudinal surveys.

What do we need to know about academic integrity at the University of Manitoba?

This article examines the experiences of refugees in Canada and includes helpful information about the challenges refugees may face when leaving their country and when they arrive in Canada.

Research coalition to examine the experiences of refugee children

A description of the Children and Youth Refugee Research Coalition team and their research on refugees in Canada.

MANY people wonder why Canada is opening its doors for Syrian refugees when there is so much poverty, inequality and injustice in our own society. Leaving aside Canada’s moral and international legal obligations, critics of the refugees argue that they are an unnecessary expense. What most don’t realize, however, is that refugees are actually an economic benefit to our country. It's true there is an initial economic cost we must bear to get them successfully settled and integrated, but over the long run, the short-term costs are overwhelmingly offset by the long-term economic benefits.

Part of a series on refugee resettlement in Canada, this story from the Globe and Mail identifies the barriers to finding employment among the newly arrived refugees. 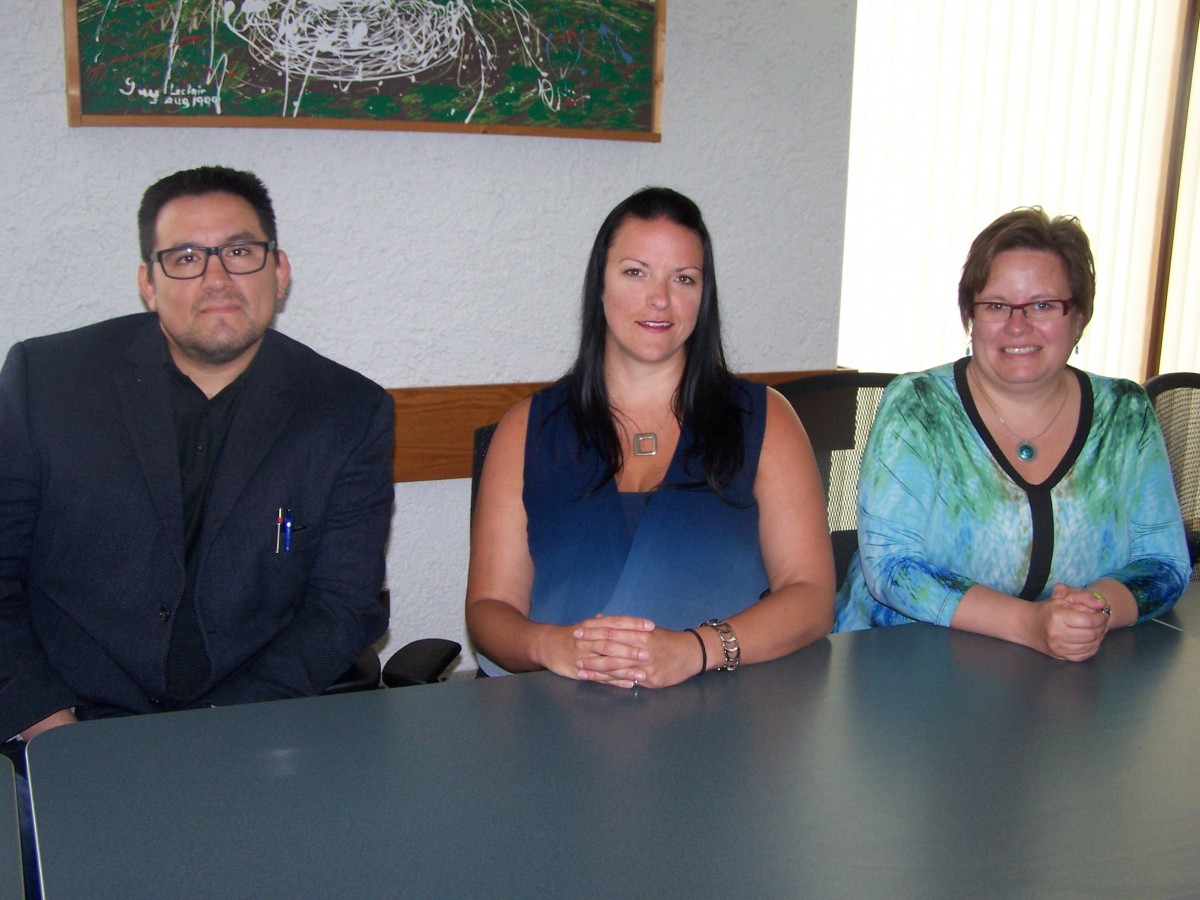 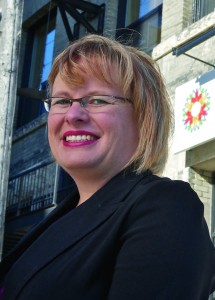 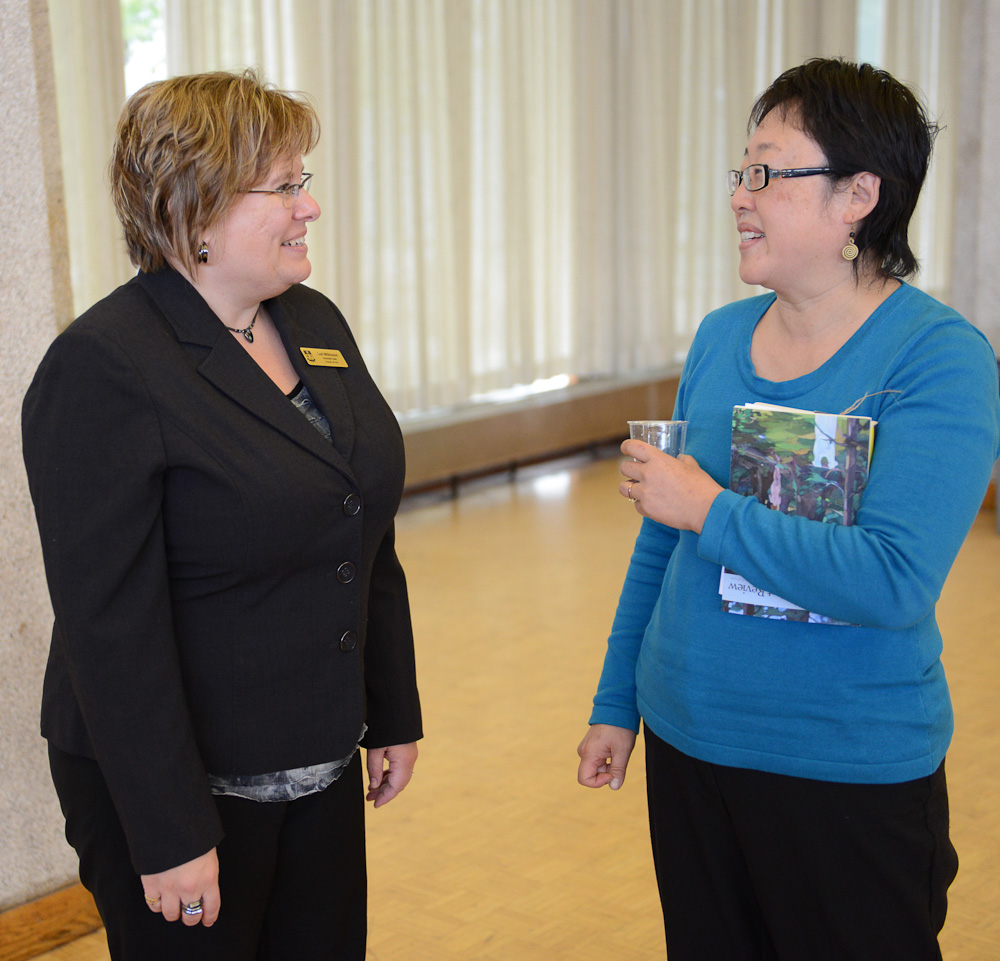 When it comes to migrant belonging and trust, it’s not about the Money, Money...: A comparison of Canada’s refugees and economic immigrants

This forthcoming article, co-authored with Jack Jedwab, examines the economic outcomes of refugees in Canada.

Why is immigration an issue in the provincial election?

Published by University of Manitoba Press

This short article appears in Understanding the 2016 Election in Manitoba, edited by Barry Ferguson, Royce Koop, Karine Lavasseur and Andrea Rounce. It explains why immigrants and immigration are important electoral constituencies, even in a provincial election.

This article compares the job status decline among immigrants and refugees using their entrance class, province of residence and sex. Typically, all immigrants experience job status decline (the difference between the job they have in Canada and the job they had prior to migrating). The amount of decline is greatest for family class and refugees. There are sex and provincial differences. (article is forthcoming)

This report, co-written with Yvonne Hebert, was commissioned by the European Union. In it, we describe citizenship education and curriculum in Canada. It was subsequently republished in French and Spanish

The Persistence of Credentialism and Racism in Canada: The Long-Term Labour Market Experiences of Immigrant Youth

Much of the research on the economic integration of immigrants focuses on the immediate and short-term experiences. This paper examines the long-term trajectories of immigrants in the Canadian labour market.

The School-to-Work Transitions of Newcomer Youth in Canada

This paper examines the school to work transitions among a group of Canadians who arrived to Canada in their teens or as children. The prevailing notion is that those having acquired an education in Canada will have better labour market outcomes than those whose education comes from elsewhere. Our data shows this is not the case

The mental health of immigrants and refugees in Canada

Published by University of Toronto PRess

In this research, Dr Hebert and I explore how education can and does contribute to the development of citizenship and participation among youth in Canada.

Second generation youth in Canada, their mobilities and identifications: Relevance to citizenship education

2008 Based on narrative data recently collected from youth's in three Canadian cities, our paper focuses on second generation perceptions of youth's identifications in a society increasingly influenced by the forces of globalization and how these perceptions may or ...

Recent Trends in Migration to Third-Tier Centres in the Prairies

Published by Our Diverse Cities

Together with my graduate student, Alison Kalischuk, we explore the demographic trends of migration to Canada's smaller rural centres.

Mainstream Adaptation or Underclass Absorption? The Integration Experiences of Refugee Youth in Canada

This research examines aspects and markers of social integration among refugee youth in Canada.

Meeting the Challenges of the New Century: Creating Common Values as Fundamental to Citizenship

Published by Canadian Review of Sociology

2008 This paper examines the labor market experiences of immigrant-born, refugee-born, and Canadian-born youth using two data sets, the 1998 Survey on Labour and Income Dynamics and the 1998 Refugee Resettlement to Alberta Survey. Its main objective is to understand their job experiences as they are crucial to their integration and transition to adulthood. On a practical level, the findings help front-line service providers by providing additional information about the employment-related needs of newcomer youth...

Identity and Belonging in the Second Generation

This paper uses data from the 2013 General Social Survey to examine generation status on experiences of discrimination and well-being among youth in Canada. It finds an interesting connection: youth who experience discrimination actually have higher rates of belonging to Canada... a connection I'm continuing to follow in my current research.

Immigrant youth and employment: Lessons learned from the analysis of LSIC and 82 lived stories

Published by Journal of International Migration and Integration

This paper examines the lived experiences of 82 former immigrant and refugee adults currently living in Canada with a focus on their labour market histories. All have worked in Canada for decades and reflect on their experiences finding work, getting promoted and other aspects related to being an immigrant in the labour market.

Co-authored with Morton Weinfeld, this chapter examines the social institutions and their work in integrating immigrants into the Canadian economy, culture and society.

How do migrants become Canadian citizens?

This chapter is part of a forthcoming book called Questioning Sociology, edited by George Pavlich and Myra Hird. In it, I examine various aspects of the integration process.

How does sociology help us understand and combat racism in Canada?

This chapter is part of a book entitled Reading Sociology, edited by Patrizia Albanese and Lorne Tepperman. Here, I explore some of the most salient features of racism in Canada today.

Examining Youth’s Perceptions of Safety, Fear, Inclusion and Exclusion in a Canadian City

This chapter, co-written with Yvonne Hebert and Mehrunissa Ali, appears in Adolescent Behaviour. It uses photoscape to measure the feelings of inclusion and fear among first-, second- and third-generation high school students living in Calgary, Toronto and Winnipeg.

Factors influencing the academic success of refugee youth in Canada

Published by Journal of Youth Studies

2002 This study examines the education experiences of refugee youth in Canada. Using data obtained from a random sample of 91 refugee youths between the ages of 15 and 21, plus data from 123 of their parents, the purpose of this study is to identify the factors influencing ...

This chapter, co-authored with Yvonne Hebert, looks at the link between social science curriculum and public policy on citizenship rights.

Does language, employment status and region of origin influence access to settlement services

This article, co-authored with four graduate students, identifies the factors that influence access to settlement services among immigrants and refugees in Canada.

Educated and underemployed: Refugee integration into the Canadian labour market

Published by Journal of International Migration and Integration

2000 This study explores issues of access to high-status occupations in the Canadian labour market, with particular emphasis on refugees who were in professional or managerial positions prior to their arrival in Canada. The study is based on interviews with a sample of 525 adult refugees who were initially resettled in the province of Alberta between 1992 and 1997...

This chapter appears in Sean Hier, Daniel Lett and B. Singh Bolaria's book Racism, Identity and Justice: Dialogue on the Politics of Inequality and Change. It overviews the use of intersectional theory on understanding racism and identity formation in Canada.

Are Canadian-trained PhDs Disadvantaged in the Canadian Academic Labour Market? A Research Note

Published by Canadian Review of Sociology

This note examines the country of origin among sociology professors in Canadian universities in Canada.

This research appears in Sandra Rollings-Magnusson's book Between Terrorism and Human Rights. In it, I examine the fine line between human rights and social cohesion.

A Matter of Need: Immigrants and use of Settlement Services in Western Canada

This article, co-authored with Jill Bucklaschuk and Janine Bramadat, explores the use of settlement services among immigrants and refugees living in western Canada.

Advancing a perspective on the intersections of diversity: Challenges for research and social policy

2003 The influence of intersecting identity markers on the life chances of individuals has become a central concern to policymakers and academics. Governing bodies and various social institutions have a vested interest in accommodating ...

Lori Wilkinson's research agenda focuses on the integration and resettlement of refugees and immigrants. Her latest projects focus on refugees and their long-term labour market outcomes, along with the educational trajectories of refugee children and youth. She has also examined how immigrants use settlement services and in identifying the newcomers who need but cannot access services. Another project focuses on the long-term labour market trajectories of those arriving to Canada as children or teens. The rationale is that although we know much about the arrival experiences of adults in the labour market, very little is known about long-term labour market outcomes among those who have had some exposure to the Canadian education system. Other areas of interest include the health outcomes of newcomer children and youth and labour market transitions of immigrant women. Wilkinson has good statistical and qualitative training and has assisted in a variety of projects, including a study of the non-fracture needs of hospitalized Winnipeggers, bullying and victimization experiences of newcomer youth.

Professor of the Year | Professional

Professor of the Year, Faculty of Arts, U of M September 2008