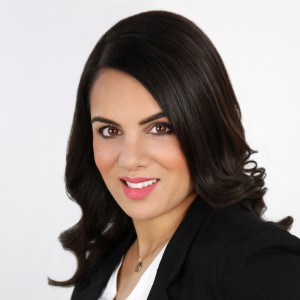 Top tips for being productive!

Therapist and Happiness/Relationship Expert, Natasha Sharma teaches us ways to make your day as productive as possible. Subscribe to BT on YouTube - https://goo.gl/qpzqe0

I chat with Rebecca Rosenblat about dating, mating, and relationship challenges within the South Asian community. 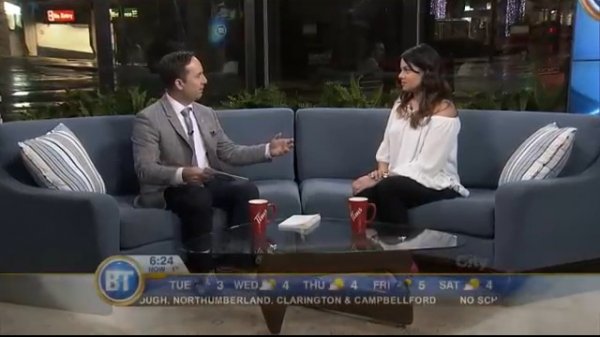 Top Tips For Being Productive

In this segment with host Frank Ferragine, I share with viewers my top ways to make their days as productive as possible.

Is Social Media Killing Your Relationship?

In this segment, I share with BT viewers how social media may be taking a toll on their relationships, and what to do about it if it is. 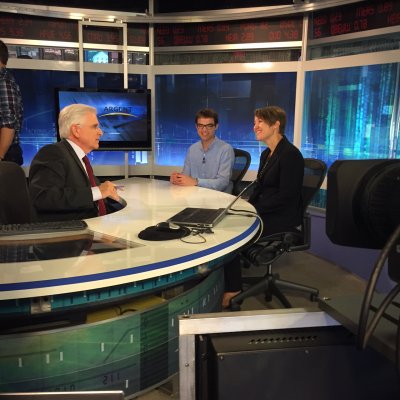 Is Your Teen Addicted To Social Media

Segment with BT host Dina Pugliese on Teenage Smartphone and Social Media Dependency. Teens spend almost 9 hour a day on average consuming media (online video, social media, music, etc.) according to research from "Common Sense Media". Kids between 8 and 12 spend an average of nearly 6 hours per day. In this segment I share with viewers why this is happening, how to tell if their teen is dependent/addicted to their Smartphone or Social Media, and what to do if they think they are. 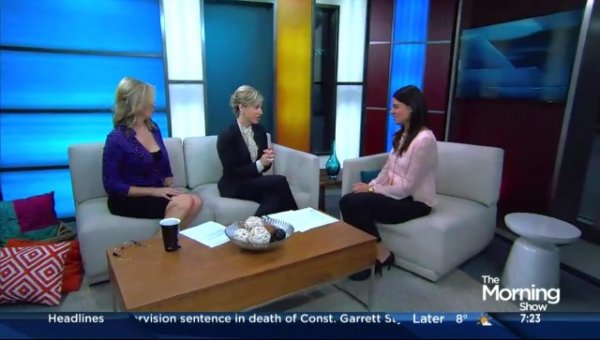 In this segment I offer viewers my tips on how parents can speak with their children - younger and older - about the Paris 2016 terrorist attacks.

Being Unproductive Makes You MORE Productive: Why We All Need To Chill Out, Bug Out, And Get Bored Once In Awhile

"It’s no longer okay to just be occupied all the time (which has come to be strongly and most unfortunately associated with importance and worthiness). Now we need to also be effective, producing, and creating stuff 24/7. Not only is this impossible, it’s just not healthy. In fact there is real, scientifically proven value in allowing ourselves to indulge in moments that are totally unproductive. Even, I dare say, to the point that we become bored."

Want A Happier Life? The Secret Is Simple: Kindness.

"In a nutshell, our experience of happiness is determined by three things: 1) Genes; 2) Circumstances/environment; and 3) Positive actions. The first two are difficult to control. The easiest and most powerful way to influence our own level of happiness is by far through the last item: Intentional positive actions that we commit to practicing every day. Studies have shown that this can determine how happy we are by up to 40%!!"

When Parenting Styles Clash: 5 Ways to Keep Your Relationship Strong

"It’s quite common to have different styles of parenting between partners when raising children. After all, a partnership involves two different people. You’re more direct with advice about their future while he’s a follower of the subtle style. She thinks you’re too hard on the kids while you think she’s too easy on them. He wants the kids to focus on school while you see value in their working at weekend jobs. Arguments usually erupt over issues surrounding school, social freedoms (such as outings, curfews, and dating/sex), and dealing with the inevitable teenage infractions (experimenting with alcohol/drugs, ‘borrowing’ the car, etc.). Here are a few tips on how to handle things when you’re butting heads:"

Natasha Sharma is a therapist, TEDx speaker, TV/media spokesperson, and doctoral student. She is also the author of 'The Kindness Journal', a guided, interactive daily journal that is the most powerful way to cultivate a more positive outlook and happier life. Natasha is devoted to inspiring and helping others to learn how to be happy, and live their most fulfilling lives. She achieved her Masters degree in psychology from The Johns Hopkins University, and is currently completing her Doctorate degree in psychology. In 2012, Natasha founded the clinic NKS Therapy in Toronto. She has worked with thousands of individuals, couples, and families in the areas of anxiety, depression, relationships and marriage, parenting, anger management, self-esteem issues, ADHD, learning disorders, and cross cultural issues. As an Expert in the areas of Happiness, Relationships, and Parenting, Natasha has appeared on some of Canada’s most popular TV shows including Global News Toronto, The Morning Show, Breakfast Television Toronto, Entertainment Tonight, Etalk, and Rogers TV. She writes for a number of publications such as Thrive Global, YummyMummyClub.ca, and InsideToronto.com. In addition, her advice and opinions have been featured in The Globe and Mail, Toronto Star, Huffington Post, and Elle Canada. Natasha’s undergraduate institution McMaster University has profiled her as a notable alumnus, and she is a regular contributor to The DeGroote School of Business "Knowledge Magazine." Natasha has been speaking professionally across Canada, the United States, and Europe for over 10 years. She is frequently invited to speak at academic, corporate, and private events including Harvard University, The University of Maryland, and McMaster University’s DeGroote School of Business. She regularly speaks at local events and conferences, and collaborates with organizations to deliver workshops to individuals around the world. A born performer, Natasha is also an accomplished singer and pianist. She was a finalist to play the lead role on Broadway in Andrew Lloyd Webber’s NYC production of Bombay Dreams in 2004, and is also trained in classical piano to the “ARCT Performance” level.