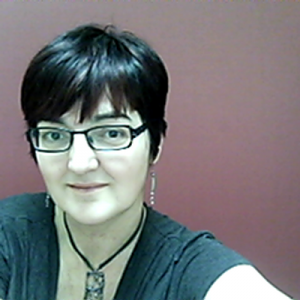 Rebecca Johnson is a pioneer in Canadian law-and-film scholarship.

Dr. Rebecca Johnson is a professor in the Faculty of Law at the University of Victoria. A law and society scholar, she frequently finds herself drawn to the ways in which law intersects with other socio-political-cultural discourses. Current research projects include a study of judicial decision making (and particularly practices of dissent); an exploration of the economic imaginary in legal and popular culture; a study of cinema as a site of intercultural legal encounter; and an interrogation of the operation of sexuality as a flashpoint in debates around religion and diversity. In this video, she discusses how popular culture, and in particular film, can be a neutral place to explore and develop difficult legal questions. Learn more at http://www.uvic.ca/research University of Victoria: http://www.uvic.ca/ University of Victoria's Channel on YouTube: https://www.youtube.com/UVic

Full interview: Val Napoleon & Rebecca Johnson (part 1) Keywords: defining Indigenous law; interpretation & law; challenging settler narratives of Indigenous law; law & stories; Indigenous law as living, practical resources; teaching Indigenous law; Indigenous & settler relations; reconciliation. This video is of the first half of an interview with Dr. Val Napoleon (Cree, Director of the Indigenous Law Research Unit, Faculty of Law, University of Victoria) and Dr. Rebecca Johnson (Professor, Faculty of Law, University of Victoria). The interview was done as part of a larger project to create three video shorts about Indigenous law. This full interview is included online as part of an archive, for viewers who want to watch the full interview that took place. For more information about the project, and to watch the video shorts that feature parts of Dr. Napoleon and Dr. Johnson’s interview, go to http://www.uvic.ca/law/about/indigenous/indigenouslawresearchunit/ This videos were created as part of the Indigenous Law Video On Demand project, for the Indigenous Law Research Unit in the Faculty of Law, University of Victoria. The project included Indigenous and non-Indigenous people in collaboration and conversation. The video series was created by Kamala Todd (Indigenous City Media, Director & Editor), Emily Snyder (Project Lead & Producer), and Renée McBeth (Associate Producer). The project was supported by a grant from the .CA Community Investment Program and ILRU. © Indigenous Law Research Unit, 2015

Reconciliation not for the few, prof says"

A year after the Truth and Reconciliation Commission (TRC) issued a call to action, an open workshop at TRU Thursday drew about 120 people looking for ways to follow through in earnest. 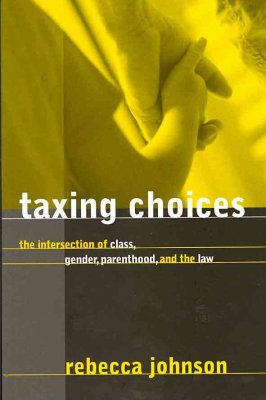 Taxing Choices: The Intersection of Class, Gender, Parenthood, and the Law

In the early 1990s, lawyer Beth Symes brought an equality challenge against the Canadian Income Tax Act, arguing that her childcare costs were a business expense. The case ignited public controversy. Was Symes disadvantaged on the basis of gender, or unfairly privileged on the basis of class? This book seeks answers to those questions through close attention to the Symes case, where class and gender interests clashed over the tax treatment of childcare.

Published by University of Ottawa Press

Strange Encounters: Exploring Law and Film in the Affective Register

Published by Studies in Law, Politics, and Society

2009 This paper argues that taking seriously the embodied and affective dimensions of thought is important in relation both to the critical and transformative possibilities of Law-and-Film scholarship.

Reimagining ‘The True North Strong and Free’: Reflections on Going to the Movies with James Boyd White

2014 In Living in a Law Transformed: Encounters with the Works of James Boyd White.

Published by University of Victoria Faculty of Law

2014 In the summer of 2012, Val Napoleon and Hadley Friedland ran an intensive Indigenous Law Research Unit (ILRU) at the University of Victoria Faculty of Law.

Justice and the Colonial Collision: Reflections on Stories of Intercultural Encounter in Law, Literature, Sculpture and Film

Published by Foundations: An Interdisciplinary Journal of Law and Justice

2012 Communities, and particularly national communities, are constituted in part through narratives about their origin. In settler societies, originary stories of contact and arrival have played foundational roles in the national imaginary.

Professor Johnson joined the UVic Faculty of Law in 2001, after 6 years on the Faculty at the University of New Brunswick. Before that, she clerked for Madame Justice Claire L’Heureux-Dubé at the Supreme Court of Canada, and completed her LLM and SJD at the University of Michigan. The work there resulted in her award-winning book, Taxing Choices: the Intersection of Class, Gender, Parenthood and the Law. Her research interests are marked by interdisciplinary, and include judicial dissent, cinema as a site of inter-cultural legal encounter, the economic imaginary, Indigenous legal methodologies, and sexuality. A pioneer in Canadian law-and-film scholarship, she has written on such topics as same-sex family formation, colonialism, dissent, mothers and babies in prison, cinematic violence, the Western, affect and emotion, and Inuit cinema. She co-edited a special issue of The Canadian Journal of Women and the Law on “Law, Film and Feminism”, and has a blog dedicated to the same. Johnson’s internationally acknowledged collaborative work on judicial dissent with Professor Marie-Claire Belleau (University of Laval), has been published nationally and internationally in both French and English. Their work, funded by the Social Science and Humanities Research Council, has also been translated into Russian. Johnson has also been working for several years on a number of initiatives with the Indigenous Legal Research Unit. She has also worked on the development of the TRC-inspired blog #ReconciliationSyllabus. Johnson has taught courses in Criminal Law, Business Associations, Law-and-Film, Legal Theory, Legal Method, Legal Process, Law Legislation & Policy, Constitutional law, Civil Liberties, and Feminist Advocacy. She supervises graduate students in a variety of fields: veterans, restorative justice, embodiment, mediation, homelessness, and social enterprise.