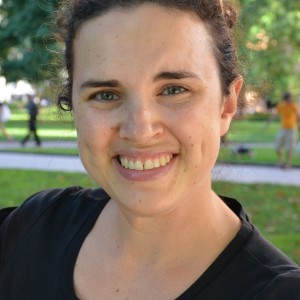 Research Associate at the Centre for Refugee Studies, York University

We Must Not Close the Doors to Spontaneously Arriving Asylum Seekers

While it is not inherently wrong to favour UNHCR-vetted refugees, Canadians should be mindful that casting aspersion on all spontaneously arriving asylum seekers looks very much like a slippery slope towards racism.

UK immigration detention: What sort of reform, and when?

Immigration detainees in the UK face the largest detention estate in Europe, with physical infrastructure and regimes of surveillance and control adapted from penal institutions. Because the UK has no time limit on stays in detention, the psychological harm to detainees can be serious. An upper threshold would go some way to correct this deficiency and its harms. Consideration must also be given to replacing detention altogether with non-custodial, community-based programs of assisting, monitoring, and humanely shepherding migrants through their status regularisation processes, writes Stephanie Silverman.

I am interested in why so much energy is expended on detecting, identifying, and ejecting ‘imposter-children’. In particular, why young male Afghans are on the receiving end of this suspicion. I argue that the negative attention results from their intersectional identities: namely, youth + male + Muslim + racialized appearance + independent migrations. They are not the traditional objects of compassion. They are also not from Syria, and they are not waiting in the Jungle or other camps for many years, on the off chance of being resettled through official channels. In this way, the young male Afghan migrants are at least triply stigmatized: first by their gender then their nationalities and then, finally, by their ‘impostor age’. Here I would like to explore an idea relation to ‘imposter-children’: that asylum seekers’ national identities can be fixed through technologies. ‘Nationality swapping’ names the suspicion that someone from one country is posing as a national from another. Like age, ‘nationality swapping’ is predicated on some dubious assertions: (1) that you can verify a biological concept with technology; (2) that one population is more ‘deserving’ of asylum than another; and (3) that nationality is a static thing.

At any cost: the injustice of the “4 and 4 rule” in Canada

Immigration rules in Canada are forcing out already-vulnerable temporary foreign workers. The measure’s class dimensions are representative of the injustice of Canada’s revolving-door system of labour exploitation. 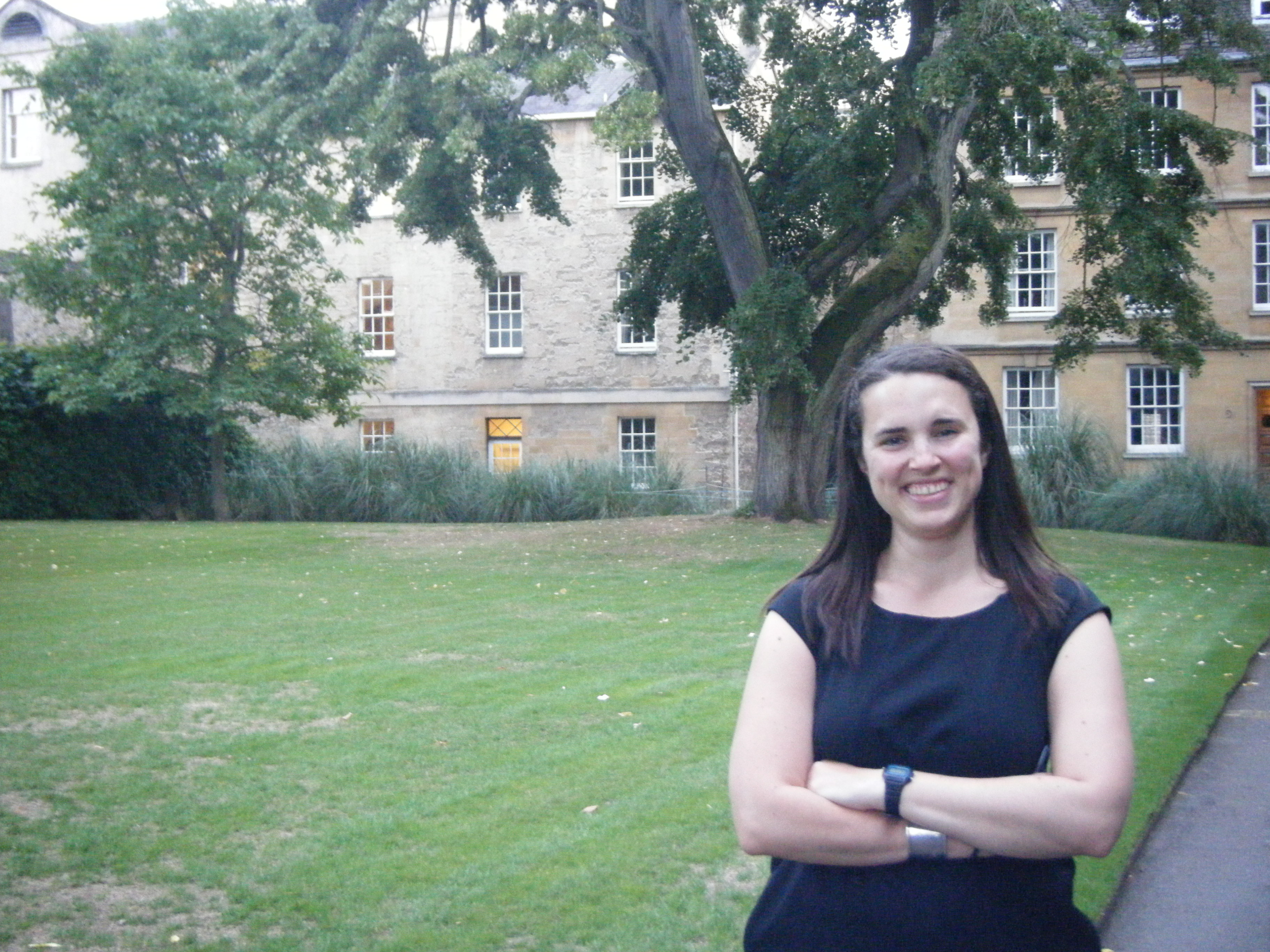 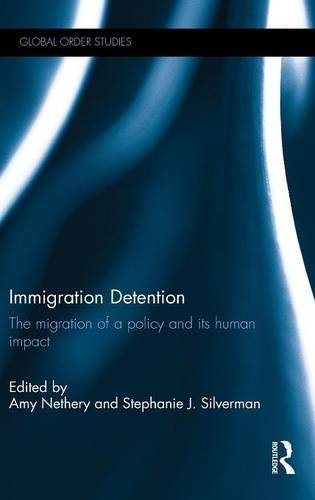 Immigration Detention: The migration of a policy and its human impact

This article brings a new, theoretically minded approach to weighing the relative utilities and harms of Canada's Seasonal Agricultural Worker Program (SAWP) without dismissing the agency of SAWP enrollees or arriving at an abolitionist argument to end Temporary Migrant Worker (TMW) programmes in Canada. Building on the anti-trafficking debate within feminist migration studies, we evaluate the availability and exercise of consent, choice, and coercion among SAWP workers. We draw on extensive documentation by scholars across disciplines to contextualize the SAWP within a socio-economic history that engendered and continues to legitimize the “success” of the programme in both Mexico (the largest sending state) and Ontario (the largest provincial recipient of workers). Our analysis suggests that, while grievous, the SAWP's structural injustice ought not to preclude individuals from migrating and earning wages. The article concludes with recommendations to create a fairer avenue for Mexican workers into, through, and out of the SAWP.

Mothers Versus Texas: Ethical Problems With Local ‘Attrition Through Enforcement’ Ordinances In The United States

Published by The Critique

As a federal matter premised on territorial borders and sovereignty, immigration enforcement must remain institutionalized at the highest level. This is the only way that immigrants, their supporters, and the wider society of tolerant US citizens receive justice in their claims and appeals. Attrition through enforcement ordinances do not produce the stated goals of significantly increasing the rate of ‘self-deportations.’ Instead, they instantiate prejudicial, arbitrary, and harmful notions of difference rooted in racism and xenophobia, and these ideas should not guide immigration enforcement in the US.

In the Wake of Irregular Arrivals: Changes to the Canadian Immigration Detention System

This article seeks to address the policies, practices, and conditions of immigration detention in Canada. The article surveys detention worldwide, its promulgation in Canada, and changes ushered in via 2012 policy innovations. Focusing on mandatory detention and its relationship to the Designated Countries of Origin policy, the article also demonstrates the disproportionality of the Canadian government’s response to recent arrivals of people migrating by boat. The article emphasizes the dangers of establishing mandatory detention provisions and questions the justifications provided by defenders of the policies.

Everyday Injustices: Barriers to Access to Justice for Immigration Detainees in Canada

The growing Canadian immigration detention system touches upon the lives of thousands of people daily. However, despite significant legal and normative problems, the Canadian detention system seems to be escaping sustained scrutiny. To address this gap, we employ the rubric of “access to justice” to refocus on inequalities being reproduced in the legal system that impede fair, unprejudiced, and non-arbitrary treatment for minorities and vulnerable people. If law is meant to govern equally and to ensure against arbitrary deprivations of liberty, immigration detainees should not be placed outside its reaches. Yet, our examination of access to justice in the Canadian detention system demonstrates that exactly this sort of displacement is occurring. Above and beyond the basic deprivation of liberty and setback to immigrants and asylum-seekers’ interests, detention inflicts irreparable psychological, physical, and social damage. We point to issues such as deteriorating daily detention conditions, far-flung facilities locations, unfair discretionary decision-making, lack of options for women, children, and vulnerable people, the compounding reasons for indefinite detention, and inadequate legal aid and access to counsel. Canada is propagating an extremely costly and ineffective system of administrative detention that is often in contravention of national and international standards on immigration detention.

Published by Critical Review of International Social and Political Philosophy

Detention of irregular migrants and asylum seekers takes place at the behest and convenience of virtually all liberal states. It is a harmful practice that impacts non-citizens as well as citizens, and has far-reaching ramifications for our understandings of the ethics of immigration and border control. Thus far, however, normative theorists engaged in the vibrant immigration admissions debate have remained mostly silent on the topic of detention. By unmasking and revealing the essential roles played by detention in enforcing immigration controls, this paper is intended to highlight the dangers for normative theory of maligning or underestimating detention. In particular, a study of detention refocuses scholarly attention on the temporal and spatial aspects of immigration enforcement, the undesirability of warehousing or containment proposals for addressing refugee or immigration crises, and the virtually irreconcilable ethical conflicts at the core of the immigration admissions debate. Normative theorists would be remiss in ignoring the ethical and practical consequences for an increasingly large number of people that are exacted by detention practices worldwide.

Using a combination of migration studies, political sociology, and policy studies, this paper explores the contradictions and violence of immigration detention, its architectures, and its audiences. The concept of “detention-as-spectacle” is developed to make sense of detention’s hypervisible and obscured manifestations in the European Union. We focus particularly on two case studies, the United Kingdom and Malta, which occupy different geopolitical positions within the EU. Detention-as-spectacle demonstrates that detention is less related to deterrence and security than to displaying sovereign enforcement, control, and power. A central aspect of the sovereign spectacle is detention’s purported ability to order and even halt “crises” of irregular immigration, while simultaneously creating and reinforcing these crises. The paper concludes by examining recent disruptions to the spectacle, and their implications.

This article describes and analyzes an emerging problematic in the asylum and immigration debate, which I cynically dub the “imposter-child” phenomenon. My preliminary exploration maps how the imposter-child relates to and potentially influences the politics and practices of refuge status determination in the United Kingdom. I argue that the “imposter-child” is being discursively constructed in order to justify popular and official suspicion of spontaneously arriving child asylum-seekers in favour of resettling refugees from camps abroad. I also draw connections between the discursive creation of “imposter-children” and the diminishment of welfare safeguarding for young people. Further complicating this situation is a variety of sociocultural factors in both Afghanistan and the United Kingdom, including the adversarial UK refugee status determination process, uncertainty around how the United Kingdom can“prove” an age, and a form of “triple discrimination” experienced by Afghan male youth. Through unearthing why the “imposter-child” is problematic, I also query why it is normatively accepted that non-citizens no longer deserve protection from the harshest enforcement once they “age out” of minor status.

Dr. Stephanie J. Silverman is a sociolegal researcher, analyst, writer, and university educator based in Toronto, Canada. She earned a D.Phil/Ph.D. in Politics from the University of Oxford in 2013, where she studied as a Commonwealth Scholar. Dr. Silverman is a former Bora Laskin National Fellow in Human Rights and faculty member at Trinity College, University of Toronto. An international expert in immigration detention, Dr. Silverman is currently a research associate at the Centre for Refugee Studies, York University. She has published over 45 scholarly contributions and hundreds of public scholarship pieces.

Dr Silverman won a highly-competitive grant to execute the independently developed project, The Opportunities and Challenges of Alternatives to Immigration Detention, over three years.

Dr. Silverman was shortlisted for ‘most highly rated, recently awarded post-doctoral fellows who are pursuing research in Canada’ across SSHRC, the Natural Sciences and Engineering Research Council of Canada (NSERC), and the Canadian Institutes of Health Research (CIHR).

Dr. Silverman was the annual recipient of the SSHRC-funded national competition for top project on human rights.

Project title: The Opportunities and Challenges of Alternatives to Immigration Detention