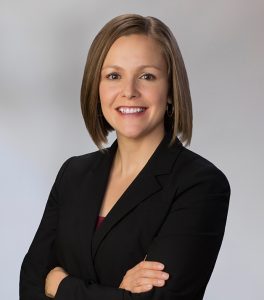 Osler congratulates Amanda Heale and Terri-Lee Oleniuk on being recognized as Lexpert Rising Stars – Leading Lawyers Under 40 for 2016.

In an article in the Financial Post, Julius Melnitzer addresses the impact that new federal regulations will have on companies in the oil and gas sector. The provisions are intended to ensure that pipelines have enough funds readily available to deal with the consequences of oil and gas spills. Melnitzer gains insight for the article from Terri-Lee Oleniuk, a partner in Osler’s Calgary office who practises in the firm’s Regulatory, Environmental, Aboriginal and Land Group.

In her article “CERI panel tackles the role of public trust in pipeline approvals” for the Daily Oil Bulletin, Elsie Ross reports on the issues raised by panel members at a Canadian Energy Research Institute (CERI) oil and gas symposium held in March. Terri-Lee Oleniuk, a Calgary-based partner at Osler who specializes in regulatory, environmental, Aboriginal and land law, spoke as a panel member at the symposium.

Published in the Alberta Law Review Vol 53, No. 2 (December 2015) 529
This article provides a high level overview of regulatory and legislative developments relevant to energy lawyers. The authors reviewed regulatory initiatives, decisions, related case law, and legislation from provincial, territorial, and federal authorities. Topics of note include pipeline regulation with a focus on recently proposed projects, Aboriginal law, liquefied natural gas, oil and gas development, renewable energy, and power and environmental protection. The period covered is May 2014 to April 2015, inclusive.

What to know about the new Extractive Sector Transparency Measures Act

Terri-Lee Oleniuk explains how the new federal act will affect relationships between First Nations and the energy sector.

Terri-Lee Oleniuk practices regulatory, environmental, and Aboriginal law in Western Canada. She represents clients that are proponents of major natural resource development and infrastructure projects. These projects represent Canada’s largest, most important and complex projects and have multiple stakeholder interests. Terri-Lee advises her clients on environmental and aboriginal law issues and advocates on their behalf in front of various regulatory tribunals. She is known for her creative, collaborative approach to solving complex issues; Oleniuk was named a Lexpert Rising Star: Leading Lawyer under 40 in 2016.

Recognized as a leading lawyer in: | Professional

Alberta – The Next Frontier for Renewable Energy? (Speaker)

Proponent, Landowner and Aboriginal Perspectives on the Trend Away from Oral Hearings

Extractive Sector Transparency Measures Act - Are you on the right track? (Speaker)

Disclosure and Anti-Corruption Issues when Dealing with Aboriginal Groups

Be a Rainmaker: Women Succeeding in Law (Panelist)

Who Qualifies as an “Expert” in Canadian Environmental Cases