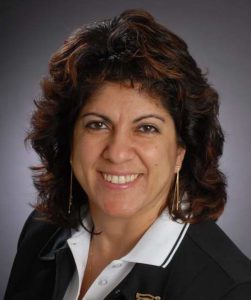 The Entrepreneur: heretic or hero of innovation? | Sue Abu-Hakima | TEDxKanata

Sue speaks to Janice McDonald about her latest tech startup exit from Amika Mobile to Genasys.

Throw your marketing plan out the window in times of crisis

Sue is an entrepreneur who is Co-Founder/CEO Alstari Corporation (foremerly Amika Mobile). She has transitioned her most recent exit in critical and emergency communications to Genasys Inc. She exited as Co-Founder/CEO of Amika Mobile which was focussed on SAVING LIVES and critical & emergency communications to Genasys Inc. who successfully closed the asset deal October 2nd., 2020. Sue is a rare woman tech entrepreneur with a reputation for excellence & innovation. As a successful three-time start-up founder/CEO, she has formed boards of directors & advisors & directed business strategy, ensuring product development matches customer need.

Her first start-up, AmikaNow! spun from government R&D labs, focussed on AI and automatic content analysis. Its Compliance Business was acquired by Entrust and she transitioned the acquisition as VP Content Technology.

Sue has a B.Eng. from McGill University & honors AI M.Eng. & Doctorate in AI from Carleton. She served as Director & Vice Chair for Ontario Centers of Excellence (OCE) for 8 years & an Advisor on Private Sector Advisory Board for National Centers of Excellence (NCE) for 6 years. She served on Dalhousie University's Big Data Institute & McGill's Innovation Board. In 2018, she joined the ENCQOR board with a smart city focus & connected vehicles. She was recently invited to the C100. She is the ASIS Ottawa Chapter 140 Chair.

Her 35+ years in technology have resulted in an exemplary record as an Industry leader, employer and pioneer. Sue holds over 45 International patents in AI, content analysis, emergency & mobile messaging and security. As many as 35 Global Companies have cited her pioneering patents including Google, Apple, Ford, etc. She has published over 100 papers in AI and countless articles.

Sue's startups have won 25+ awards including 6 US GOVIES & ASIS Judge's Choice & Security's Best in emergency communications and Top 10 Angel Backed company Nationally. Often an invited speaker, she has spoken at GSX, ASIS, RSA, Inbox, NetSeC, CTIA, Start-up Canada, & Global Affairs. Sue was invested into the Order of Ontario in 2011 and honored with Queen Elizabeth II Medal for Service to Canada in June 2012. Sue was named to Top 25 Women of Influence. She was also honored as a Top 100 Most Powerful by the WXN in the Trailblazer Category.