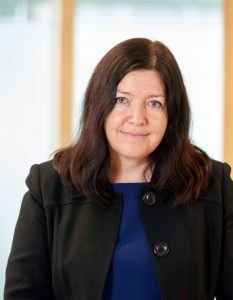 Canada's Truth and Reconciliation Commission: Settling the Past?

Looking Forward, Looking Back: The Canadian Truth and Reconcilaition Commission and the Mackenzie Valley Pipeline Inquiry

Reconciling Reconciliation: Differing Conceptions of the Supreme Court of Canada and the Canadian Truth and Reconciliation Commission

This paper considers the concept of "reconciliation" as it is utilized in two fora: the Supreme Court of Canada (the Court) and the Truth and Reconciliation Commission on the legacy of the “Indian residential schools” (TRC). The concept’s development in the Court’s jurisprudence, as compared to the scholarly literature of transitional justice, warrants careful consideration. The Court has used the term in decisions seeking to balance assertions of Indigenous sovereignty in the context of Canadian colonialism. However, this concept of reconciliation is quite different from that which has entered Canadian discourse from the TRC. The author suggests that the vision of reconciliation enunciated by the TRC as a mutual process to be engaged in by Indigenous and non-Indigenous peoples alike would be a more just conception to adopt.

Dr. Kim Stanton practices in the Aboriginal law group at Goldblatt Partners LLP. In addition to practicing Aboriginal and constitutional law in British Columbia and Ontario, Stanton has worked with the United Nations Relief and Works Agency for Palestinian Refugees in the Gaza Strip and with the Ghana Centre for Democratic Development in Accra, where she was an Official Observer of Ghana's National Reconciliation Commission. She served on the Ontario Health Professions Appeal and Review Board and Health Services Appeal and Review Board in 2012 to 2019.

From 2013-2017, Stanton was the Legal Director of the Women’s Legal Education and Action Fund (LEAF). She focused on finding ways to address violence against Indigenous women and girls while leading the national equality rights organization to intervene before multiple appellate courts and the Supreme Court of Canada to advance equality rights spanning topics such as Aboriginal law, criminal law, human rights law, socioeconomic rights, and reproductive justice. During her tenure, LEAF made significant contributions to discourses on judicial accountability, the law of consent, the treatment of social welfare recipients and the treatment of sexual assault survivors and Indigenous women in the criminal justice system.

In 2016, the federal Minister of the Status of Women appointed Stanton to her Advisory Council on the Federal Strategy Against Gender-based Violence. She is a Senior Fellow of Massey College at the University of Toronto where she completed her Masters and Doctorate degrees in Law. Her doctoral dissertation considered the use of truth commissions in established democracies and the institutional design of public inquiries.

Stanton is a frequent speaker at legal conferences and has published in the areas of constitutional law, transitional justice and public inquiries. Her most recent article is a co-authored piece in the National Journal of Constitutional Law on the equality rights provisions in the Charter of Rights and Freedoms. Past articles address topics that include the Supreme Court’s treatment of the concept of reconciliation, the Mackenzie Valley Pipeline Inquiry, the Canadian Truth and Reconciliation Commission, and the British Columbia Missing Women Commission.

Stanton’s media appearances have included CBC Radio programs such as World at 6, Metro Morning, and The Current; CBC TV’s The National and various local news programs; CTV TV’s Power Play and CTV National News; Global TV’s Global Morning and Global News; and she has been cited in a range of newspapers and magazines, including the Globe and Mail, the Toronto Star, the New York Times, the Guardian, the Independent, the Cape Times, Chatelaine, Flare, Canadian Lawyer, the Lawyers Daily and Maclean's.