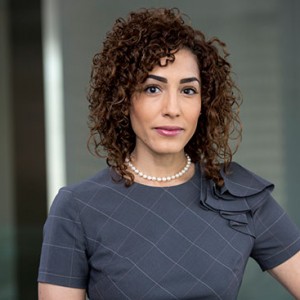 The Globe and Mail: Report on Business, January 29, 2019Print

"Montreal’s all-electric, app-based taxi service, Téo Taxi, has reached the end of the road. After a failed cash call last week, and suspicions that Taxelco (Téo Taxi’s parent company) would be placing itself under protection of the Bankruptcy and Insolvency Act, Téo has finally announced that it will cease its operations. François Bonnardel, Quebec’s Transport Minister, has called the Téo Taxi business model “broken," according to the Gazette.

With Taxelco remaining tight-lipped about the situation, many are left wondering how the brainchild of serial entrepreneur and tech millionaire Alexandre Taillefer failed, despite benefiting from sizable provincial grants and support as well as several rounds of funding from seasoned investment firms. The simple answer is that Téo bit off more than it could chew."

In her timely op-ed, Nura discusses the challenges Téo Taxi faced as the underdog in a platform-based transportation market.

Even if the SEC allows, gig companies must evaluate issuing stock to workers

The Globe and Mail: Report on Business, November 27, 2018Print

"Beyond the rhetoric of calling its drivers “partners,” and referring to the gig economy as the “entrepreneurial economy,” whether Uber truly empowers workers and provides avenues for personal development is arguable. It is possible that equity may provide drivers with capital to pursue educational opportunities and entrepreneurial activities. However, compensatory equity programs are inherently unpredictable."

Drawing on her research exploring how gig economy companies can motivate platform workers in the absence of a human supervision, Nura argues that even if the SEC acquiesces to a rule change, the effectiveness and value of a driver equity program to Uber as a motivational tool is questionable.

Drawing on her research studying digital labour platforms, Nura explains how the Quebec government’s recent extension of the Uber pilot project may create unanticipated barriers for future competitors due to the phenomenon of network effects. She also explains why and how a homegrown ride-hailing service could have an edge if the government would open the Quebec ride-hailing market to competition.

As the story of Téo Taxi continues to develop, and Québecor’s Pierre Karl Péladeau reportedly expressing interest in the troubled company, Nura Jabagi (Concordia Public Scholar), has published an opinion piece in LaPresse on the start-up’s business model and mission.

With many calling the business model behind Montreal’s all-electric, app-based taxi service broken, and questioning whether socially-conscious companies can compete in the gig-economy, Nura discusses the importance of distinguishing Téo’s business model from its mission. She argues that this distinction is critical since Téo’s mission (environmentally transportation service that promotes the ethical treatment of drivers) is both admirable and important. Pointing to the success of other socially-conscious gig-organizations and taxi services, Nura reminds readers that we shouldn’t give up hope on companies like Téo that are trying to make the world a better place.

Nura Jabagi, a PhD candidate who researches digital labour at Concordia University's John Molson School of Business, said taking on Uber, an international giant, was a big challenge, given Téo Taxi's high cost of labour and pricey fleet of cars.

"That really didn't help its situation," she said.

"It's sad that Teo didn't work out because I think there's certainly room for a local, socially conscious model.

"I think there's room for some kind of a middle ground. I think that Téo maybe tried to go too far in the other direction."

“The reality is that despite the fact that women make up almost half of the world’s population, women are still underrepresented both in MBA programs and the world of business, particularly in the c-suite,” says Jabagi.

The John Molson School of Business is leading that change with a female student body of almost 40 per cent, she says.

“More recently we’re seeing a lot of alarming reports on the credibility/trustworthiness of reviews on all platforms, not just Amazon,” Nura Jabagi, MBA and PhD candidate in Business Technology Management at Concordia University, told Global News.

Nura Jabagi, a public scholar at Concordia University specializing in business technology management, says the federal government is simply following suit with what’s happening in the private sector when it comes to jumping aboard the social media advertising train.

But the fear surrounding issues like the Cambridge Analytica breach does diminish public confidence in such websites, which is where traditional media may still have the upper hand.

“Trust is a key factor in communication,” Jabagi said.

“In the current climate ... traditional media like newspapers are trusted and reputable sources for government audience.”

Why relationships matter in the gig economy

The Globe and Mail Report on Business, April 18, 2018Online

What do Tinder and the gig-economy have in common? Both are killing long-term monogamous relationships and replacing them with casual hook-ups.

"Few would argue that multi-decade employer-employee relationships are nearly extinct. However, we may need to admit that with the gig-economy, monogamy might soon be dead too. In a world where digital labour platforms evoke a Tinder-like market where once a gigger has completed their gig, both parties swipe left and walk away without further promise or commitment, successful organizations must move quickly to rethink their human resource management strategies."

Published by Journal of Managerial Psychology

Although motivation is a relatively mature field of study, there is a lack of research concerning how organizations motivate workers in non-traditional work arrangements. In the algocratic context of the gig-economy — where algorithms and not human managers govern workers — this article explores how organizations can support the self-motivation of gig-workers through the thoughtful design of their digital labour platforms and the integration of social media within their architecture.

Published by Journal of Managerial Psychology

Although motivation is a relatively mature field of study, there is a lack of research concerning how organizations motivate workers in non-traditional work arrangements. In the algocratic context of the gig-economy — where algorithms and not human managers govern workers — this article explores how organizations can support the self-motivation of gig-workers through the thoughtful design of their digital labour platforms and the integration of social media within their architecture.

Nura is a PhD candidate in Business Technology Management and a Concordia University Public Scholar. As a practitioner-turned-academic, Nura has a keen appreciation for the importance of engaged scholarship and bridging the gaps between researchers and practitioners. Her current research is focused on the 4th industrial revolution and understanding how technological advances coupled with macroeconomic trends are disrupting industries, businesses, and jobs. From the gig-economy to AI in the workplace, Nura aims to help organizations better prepare for and manage the future of work. As a part-time lecturer at the John Molson School of Business (JMSB), Nura draws on nearly ten years of experience in Marketing and E-Commerce to bring real-world practicality to her courses using experiential learning techniques. Nura holds a Bachelor’s degree in Economics from Queen’s University, a Graduate Diploma in Marketing from McGill University, and an MBA from the JMSB.