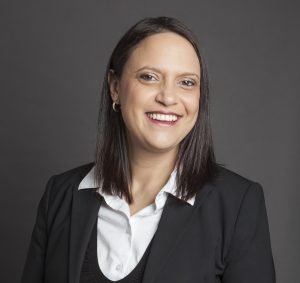 THE DRIFT 2020: Mentorship to partnership

Shastri Ramnath is a Professional Geoscientist with over 19 years of global experience within the exploration and mining industry. She started her career at Falconbridge in Winnipeg in 1999 and then moved to Sudbury to join FNX Mining in 2002. She was a key member of the exploration and resource group at FNX and part of the team that discovered the Victoria Deposit. In 2010, Ramnath joined Bridgeport Ventures Inc. as President and CEO, where she raised over 17 million in the capital markets before merging the company with Premier Royalty. In 2012 she co-founded and co-owns Orix Geoscience Inc., a consulting firm that partners with exploration and mining companies to provide front end geological support. The success of Orix in its inaugural 3 years resulted in Ramnath being nominated for the RBC Canadian Woman Entrepreneur of the Year for Canada and was one of 3 finalists for the Momentum Award. More recently, Ramnath co-founded Exiro Minerals, a junior exploration company focused on project generation that combines technology with traditional exploration methodologies. She received a B.Sc. in Geology from the University of Manitoba, a M.Sc. in Exploration Geology from Rhodes University (South Africa), and an Executive MBA from Athabasca University.