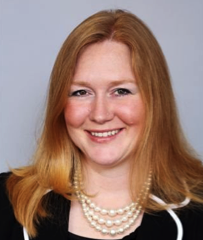 One year later: health care by the numbers

Paula Minnikin has had founding and leadership in roles in several Canadian businesses and business-related organizations over the last 30 years, including the TECH table, SIANS, WINit, Nova Scotia Links, CORE Networks, xwave, Jacques Whitford, Digital NS, Aliant, Pictorius and TGS Systems. One of four co-founders of the Atlantic Chapter of the Institute of Corporate Directors, Minnikin served as Chair of the Program Committee for several years. A Past Chair of the Municipal Affairs Committee of the Halifax Chamber of Commerce and an alumnus of the inaugural Trudeau Foundation, her ideas have influenced positive change nationally. Her work has led her to assist in the drafting of modernized legislation for the government of Nova Scotia on several occasions; most recently a new Cosmetology Act in 2013.

A founding member of the Board of Directors of the Nova Scotia Liquor Corporation, Minnikin chaired the Governance and HR Committee, the Corporate Social Responsibility Committee, as well as serving on the Audit Committee. She has also served as Governor of NSCAD University, Chairing the Strategic Planning Committee and served for several years on the Board of the Jodrey School of Computer Science at Acadia University. She continues to be very involved in governance, start-up, volunteer, music, basketball and sailing communities.