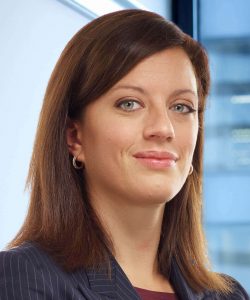 Judges need access to justice, too – or we risk public confidence in the entire system

The Supreme Court’s Jarvis ruling delivers a win for privacy, but it’s a missed opportunity for equality

Pam Hrick is the Executive Director & General Counsel at Women's Legal Education and Action Fund (LEAF). She joined LEAF from Stockwoods LLP, where she practiced law for several years. She previously clerked for the Hon. Justice Thomas A. Cromwell at the Supreme Court of Canada and the Hon. Justice David Stratas at the Federal Court of Appeal. Before attending law school, Hrick worked in politics and government, including as Legislative Advisor to the Attorney General of Ontario. She has been a volunteer, co-chair or election-day legal advisor on numerous leadership, nomination and general election campaigns at all levels of government.

She has long been involved in work dedicated to ending violence against women and has acted as pro bono counsel for the Barbra Schlifer Commemorative Clinic. She has also served on several organizations’ volunteer boards of directors, including the Sexual Assault Centre Kingston, Equal Voice, and The 519. In 2018, Hrick was recognized by Start Proud as a Leader To Be Proud Of (“Emerging Leader” category).

Located in Toronto, other