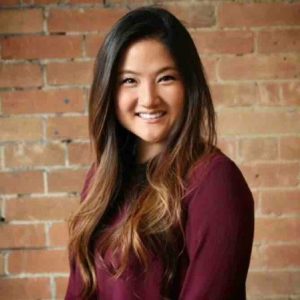 The 2018 UGAA Young Alumni Award was received by Esther Rhee, BA '05. Esther is an exemplary alumna — her leadership, compassion for others, and commitment to excellence, reflect the University of Guelph’s mission to improve life.

Who chose to guide and mentor you? Esther has you reflect on the role of community around you in your life journey – and your opportunity to do the same and be a role model for those with autism around you.

Autistic characters lead TV's 'Good Doctor' and 'Atypical,' but are they realistic?

12-year-old artist finds his voice and passion through painting

1 in 66 Canadian children and youth have autism spectrum disorder: report

Esther Rhee is a social worker specializing in autism spectrum disorder, children's mental health; including trauma exposure, grief counselling and family therapy. She currently works as the National Program Director for Autism Speaks Canada, supports grieving children and youth through the Dr. Jay Children's Grief Centre, and is the founder of Rhee Counselling and Consulting Inc. She provides counselling services to all ages, specializing in trauma exposure and individuals with disabilities. Her work extends from training the Toronto Police Service, working with Military Family Services, to building national program supported by the Federal Government. In 2017, Rhee was recognized as a top leading Canadian for mental health in Canada by the Centre for Addiction and Mental Health (CAMH). She is the 2018 recipient of the University of Guelph's Award of Excellence, the highest honour presented to an alumni. She has been published in the Journal of Advances in Neurodevelopmental Disorders and is a frequent contributor for media outlets, including news and radio stations. Rhee is regularly invited to the House of Commons where she spoke at the first publicly broadcast meeting at the Canadian Senate. Her 2016 TEDx talk titled "The Autism World: Choosing In" focused on how before any change occurs, a choice must be made.