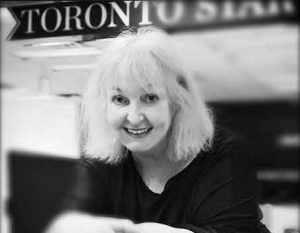 The little company that promised shopping via the TV in 1985

Freelance writer Antonia Zerbisias (@AntoniaZ) is best known for her award-winning media column and blog for the Toronto Star. She also wrote about social justice, feminism and politics. Her career includes stints as a CBC-TV reporter and producer as well as co-host of CBC Newsworld’s Inside Media. After taking early retirement from the Star, she became weekly columnist for Al Jazeera English. An early adopter of social media, she created the viral hashtag #BeenRapedNeverReported. She holds an honours MBA from Montreal’s Concordia University.