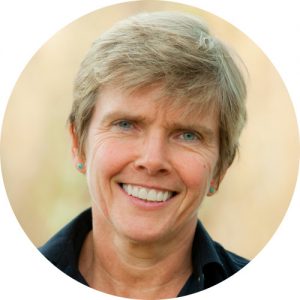 Professor, Canada Research Chair in the Geochemistry of the Earth's Mantle, University of British Columbia

UBC Science
A beekeeping non-profit and a UBC isotope lab have joined forces. It's a sweet story about ensuring urban honey is safe for consumption, helping people in Vancouver's Downtown Eastside, and monitoring pollutants with the assistance of bees.
Learn more:
https://science.ubc.ca/feature/honey

Even in 2020, a double standard is still applied to women in the spotlight

Director of the Pacific Center for Isotopic and Geochemical Research, Full Professor at the University of British Columbia since 2003, Dominique Weis is a leader in the innovative use of trace element and isotope geochemistry. She is widely respected "for the elegance, precision and impact of her geochemical studies of the Earth from large igneous provinces to the environment" (AGU Fellow 2010 citation). Specifically, her research aims to improve our understanding of planetary evolution and the Earth’s environment, model the geochemical and isotopic variations of the Earth’s mantle through a comparative study of large igneous provinces and more recent volcanic centers and determine the origin, source and pathways of mantle plumes, and their variations through time.

Weis has published more than 200 peer-reviewed articles (including an invited review featured on the cover of Nature Geoscience, 2011 and a 2019 article on honey as a bioindicator that was featured in the New-York Times), and lectured in academic and public settings, and in policy committees for regulators and legislators. She is an editorial board member of the highly ranked Journal of Petrology. Most recently she has lectured at the Stanford University, UC Berkeley, Western, McGill. She has served as a board member for the Fonds National de la Recherche Scientifique (2000-2009, chair 2007-2009), the Fonds pour la Formation à la Recherche dans l’Industrie et dans l’Agriculture (1999-present), the US National Science Foundation petrology and geochemistry panel (2002-2004) and the ECORD Facility Board (2013-present). She serves on scholarly or leadership committees for the American Geophysical Union (VGP President-elect [2019-], VGP fellows [2010-2017]), the Geochemical Society (GS Board and Finance Committee [2017-2019], the Royal Society of Canada (Fellows selection [2018-]), among others.