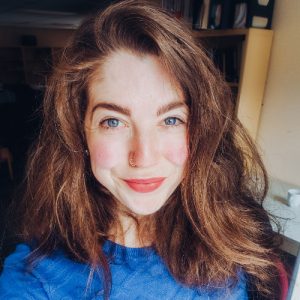 Only a Fifth of Canadian Mayors are Women

While the notion that women are making great gains in Canada’s municipal politics persists, the data say gender parity is a distant dream.

Women continue to occupy lesser positions of power at all political levels in Canada, although scholars still argue on the accessibility of municipal politics to women. However, no previous study has systematically examined the gender ratio of mayors across Canada, as well as their (active) use of social media platforms in a professional capacity. Using novel data, this study examines the variation in social media adoption and active use by gender outside of an electoral campaign. Results show that there is a higher proportion of women mayors who have a Facebook page, as well as Twitter and Instagram accounts and who actively use them outside of electoral campaigns, when compared with men mayors’ social media practices.

Social media’s democratic potential is now part of many political scientists’ agendas even though research in this particular field is quite new. The first analysis of the use of Twitter in a Canadian political context only dates back to 2011. We contribute to recent literature by exploring the ways in which candidates used Twitter during the 2014 Quebec general elections. According to cyber optimists, the Twittersphere facilitates interactions with political leaders and increases access to information, as well as encourages political participation. On the contrary, cyber pessimists are more inclined to see digital spaces as new breeding grounds for political spin doctors. To examine these dichotomous perspectives, we conducted a content analysis of over 13,000 tweets published by candidates of the main parties. Our results demonstrate that candidates of the three main parties used Twitter mainly as a political marketing tool, namely Twitter bashing. Tweets published by candidates of Québec Solidaire (that are statistically significantly different) were mostly e-democratic.

Katherine V.R. Sullivan is a political science PhD candidate at l'Université de Montréal. Her interest in political communication began to take shape during her master’s degree in communication at the University of Ottawa under the supervision of Pierre C. Bélanger, during her research focused on the use of Twitter by Quebec politicians. Sullivan has since published an article on the use of Twitter by political candidates during the 2014 Quebec elections with a particular interest for the platform’s e-democratic potential.

Sullivan is currently working on several projects focusing on municipal political actors in Canada, including a case study of the use of Twitter by mayoral candidates during the 2017 municipal elections in Montreal. Her most recent work focuses on the gender gap and on political image-making by Canadian mayors through the use of Instagram, Twitter and Facebook.

More recenlyt, Sullivan has published an article focusing on the gender gap in the active use of Facebook, Twitter and Instagram by Canadian mayors. An original dataset of Canadian mayors' gender, municipality size and social media accounts was created.

Centre for the Study of Democratic Citizenship