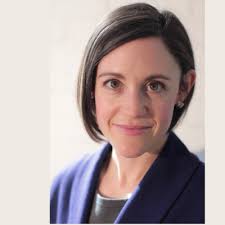 The Globe and MailOnline

Kaila Mintz coordinates AIDS-Free World’s Code Blue Campaign to end impunity for sexual abuse by UN personnel. With over a dozen years’ experience in the public and non-profit sectors, her current role with Code Blue includes advising on strategy and advocacy; overseeing and conducting research and policy analysis; representing the Campaign and managing partnerships; and coordinating high-profile events. Prior to joining AIDS-Free World, Mintz served as a Foreign Service Officer at what is now Global Affairs Canada (GAC). At GAC’s headquarters, she covered the intersection of development and foreign policy; humanitarian affairs, refugee policy, and natural disaster response; and managed Canada’s relations with countries in Eastern and Southern Africa. She served at Canada's Embassy to Ethiopia from 2009-2011, and also served briefly in New York and in Cape Town. Mintz holds a Master of Arts in Immigration and Settlement Studies from Ryerson University, and is a member of the Women, Peace and Security Network–Canada.