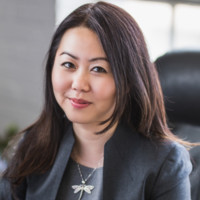 In this video I address the Parliamentary Standing Committee on Issues with Express Entry and lack of permanent residence pathways for low-skilled workers.

This video is about the lawyers at our firm, where we come from, and why we do what we do.

Elizabeth Long on immigration and refugee rights in Canada. Long, a founding partner of Long Mangalji, a boutique immigration law firm in Toronto, is a certified specialist in citizenship and immigration law, and has also been actively involved in Canadian politics.

It's harder to be a lawyer

Elizabeth Long is a leading immigration lawyer in Canada. She is an active advocate of immigrant and refugee rights in Canada, and frequently presents and advises on immigration issues to organizations, universities, Members of Parliament, unions, and the media. She has also testified several times before the Parliamentary Standing Committee on Citizenship and Immigration on various immigration policies.

Long holds a Juris Doctor law degree from the University of Toronto and a Bachelor of Arts degree with Honours in Psychology from Memorial University of Newfoundland. She also holds a Master of Law degree from Osgoode Hall Law School, York University where she focused on the intersection between Immigration and Labour & Employment Law for foreign workers. Long has been certified by the Law Society of Ontario as a Specialist in Citizenship and Immigration Law, a prestigious list of which only approximately 50 lawyers in all of Canada belong. She is also an Executive Committee Member of the Ontario Bar Association, Citizenship and Immigration Law Section and a past Executive Committee Member of the Refugee Lawyers Association. Elizabeth Long speaks English and Mandarin.