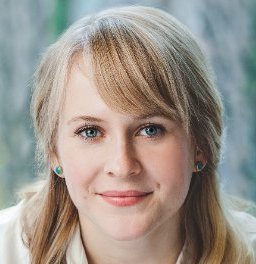 Call Bill 62 what it is: hate legislation

After Kenya’s landmark rape decision, all eyes on the police

The Globe and MailOnline

'Not one shred of scientific evidence': Critics say psych reports in custody cases can hurt kids

When Women Seek Legal Protection from Violence, Who Keeps Them Safe?

"A groundbreaking and powerful look at the worst health crisis in a generation--the opioid crisis."

My research is referenced within this book.

An analysis of the British Columbia fentanyl sentencing decisions reveals that courts are emphasizing the need for enhanced deterrence as a response to the opioid crisis. Increasing prison sentences is not an evidenced-based response to this public health crisis. In the street-level trafficking cases examined, 12 of the 14 people were motivated to traffic to support their own addiction. The courts’ response of lengthening custodial sentences for people who are trafficking fentanyl will not deter street-level trafficking. Instead, the court’s punitive approach will increase the number of people in custody, and disproportionately impact Indigenous people and those with substance abuse issues. Lengthier prison sentences should not be the prescribed response by the courts to deal with this public health crisis. The courts’ response to the opioid crisis exacerbates the present risks to people who use drugs and puts a vulnerable population at an increased risk of harm.

The Opioid Crisis as Health Crisis, not Criminal Crisis: Implications for the Criminal Justice System

Haley Hrymak is a lawyer with Rise Women's Legal Centre. She is also working with the Department of Justice in developing a family violence screening tool for lawyers. Prior to working with Rise, Hrymak worked as a federal Crown with the Public Prosecution Service of Canada in Winnipeg and in Vancouver where she gained extensive litigation experience. She holds a Master of Laws, a JD, and a BA in Psychology and Indigenous Studies. Her Master’s from the University of British Columbia analyzes the current opioid crisis, and her findings are published in the Dalhousie Law Journal and the Manitoba Criminal Law Journal. She has volunteered on legal reform projects in Kenya and Ghana, and with various access to justice initiatives in Canada, including with Atira Women’s Resource Centre in the Downtown Eastside. She enjoys writing and has been published in several Canadian newspapers including the Globe and Mail, Montreal Gazette, Winnipeg Free Press, and the Tyee.

The Opioid Crisis as Health Crisis, Not Criminal Crisis