Bree Akesson discusses her research with Palestinian families on Caravan: Community News for Arabs and Muslims

Bree Akesson discusses her research with Palestinian families on Caravan: Community News for Arabs and Muslims 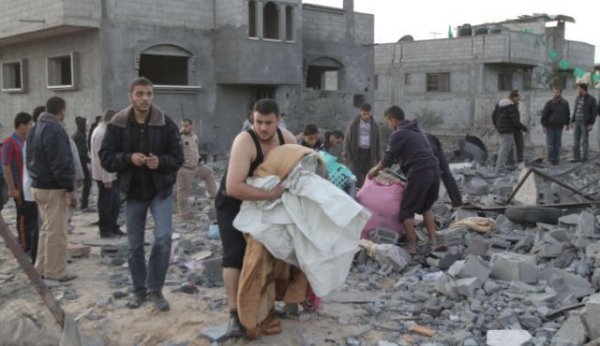 Out of place’: The Palestinian definition of home

For six months, Abo Mourad’s family made shifts every night, some of them sleep and some awake. The family slept in “outside clothes” after they received a demolition order from the Israeli government, but one day the police gave them a break to sleep and get back to their pyjamas: a ten-day notice to evacuate the house. This is how the 23-year-old Sanaa describes her family’s experience losing their home in East Jerusalem, in the study “We may go, but this is my home: Experiences of Domicide and Resistance for Palestinian Children and Families”. The recently published study by Bree Akesson, assistant professor at Lyle S. Hallman Faculty of Social Work in Wilfrid Laurier University in Ontario, Canada, explores the experiences of Palestinian families who have lost their homes. 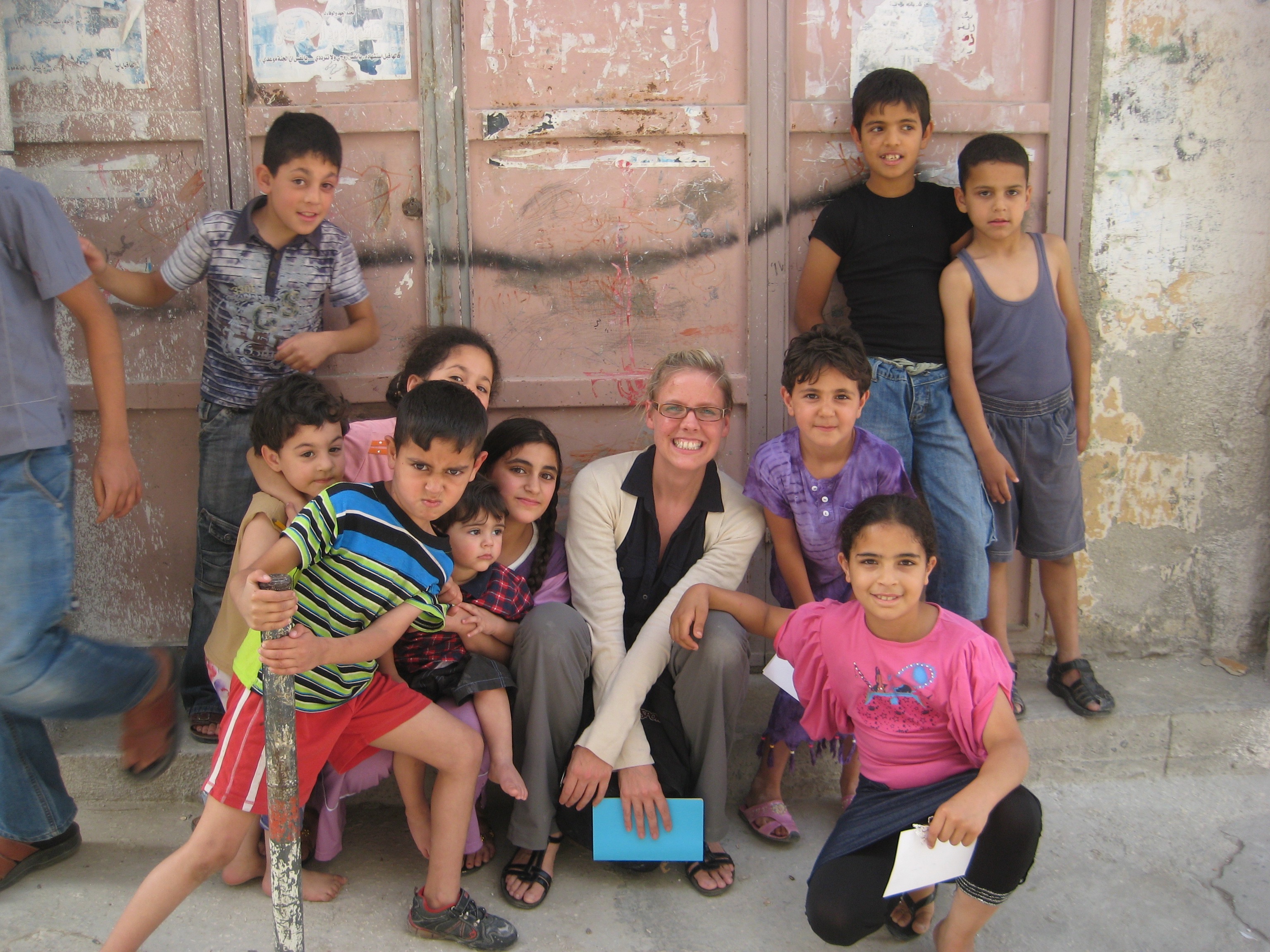 Published by Global Studies of Childhood

The Israeli occupation has shaped the lives of Palestinian families for generations. Under occupation, Palestinian children continue to craft identities connected to place, specifically in their relationship with Palestine as a nation-state. Drawing from a qualitative research project using the concept of place as a lens through which to view children’s negotiations with their environments, this article examines how Palestinian identity is related to marginalization and dislocation from place as a result of the ongoing Israeli occupation. A total of 18 interviews were conducted with Palestinian children and their families living in the West Bank and East Jerusalem. The research used a place-based methodology including collaborative family interviews, mapmaking, and drawing. The data generally reinforced the view that a history of dislocation and marginalization from place due to the longstanding occupation contributes to emotions of frustration and hope, which in turn play a significant role in the national imaginary of families and children and ultimately shape Palestinian national identity or being Palestinian.

The right to home: Domicide as a violation of child and family rights in the context of political violence

Published by Children and Society

There is limited international recognition that domicide—or intentional destruction of home—is a violation of children’s rights. While human rights documents allude to the crime of domicide, it is, however, never explicitly referred to as a human rights violation. Through an analysis of human rights documents and with a focus on the experiences of children, families and communities, we argue that domicide should be explicitly acknowledged as a violation of human rights so that it can effectively be prosecuted as a war crime in contexts of political violence.

Young children’s lives are shaped by the socio-spatial, and there is a growing body of literature examining how they interact with place. However, there has been little investigation into what happens when young children’s places are compromised by adverse situations, such as war and political violence. By adopting a socio-spatial approach, this paper aims to illustrate how the concept of place interrelates with the experiences of young children and their families who experience political violence, with the occupied Palestinian territories as an example. Using an interdisciplinary approach, my research begins by exploring the multiple and diverse definitions of space and place. I then turn to an analysis of the places that are specific for children in times of political violence. In order to further understand how young children conceptualize place as a meaning-making process and a source of well-being, certain critical elements of place must be understood. Though there are many relevant concepts to explore, I have limited my inquiry to two elements—place access and place use—that are central to an understanding of place, and which can be applied to the lived experiences of young children affected by political violence in the occupied Palestinian territories.

School as a place of violence and hope: Tensions of education for children and families in post-intifada Palestine

For children living in the context of political violence, school is often conceptualized as a safe physical place with education representing hope for the future. Yet school can also be a place of violence for some children, especially as they encounter the Israeli military and settlers on their journeys to and from school. Framed by Relph’s (1976) theory of place as physical setting, activity, and meaning, this paper uses examples from research with 18 Palestinian families to better understand the tensions posed by school as a place of both violence and hope. The research suggests that children and families’ understandings of the place of school are complicated by the ongoing occupation and protracted political violence.

Why is there such a shortage of research on the effects of violence on young children? Drawing on her experience of working in Israeli-occupied Palestine, Bree Akesson suggests some explanations and ideas for furthering the research agenda.

Parental involvement with the criminal justice system and the effects on their children: a collaborative model for researching vulnerable families

Despite the existing body of research examining the effects of imprisonment on incarcerated adults, as of yet, there is no solid empirical evidence for understanding the effects of parental involvement with the criminal justice system involvement (CJSI) on children and families. Accordingly, Columbia University-New York State's Child Psychiatric Epidemiology Group (CPEG), supported by a strong collaboration with The Bronx Defenders, a holistic public defender providing free legal representation, is conducting a longitudinal study examining the effects of parental involvement with the criminal justice system on this population. The study aims to understand, over time, the impact of parental CJSI on their children's mental health, including the effects of the collateral legal damage of CJSI (such as eviction and deportation), substance use, the development of risky behaviors leading to the child's potential involvement with the criminal justice system, as well as protective factors and identification of potential intervention points, which has the ability to inform public policy.

Castle and cage: Meanings of home for Palestinian children and families

Many children in Palestine live in an environment characterized by the constant threat of violence in their homes, schools, and neighborhood communities. It is within this context that an examination of the meaning of home is relevant. For home tends to represent a beloved and “safe” place for children in families in the context of political violence. Yet, as this paper illustrates, the meaning of home is much more complicated, and can be both positive and negative. Drawing from qualitative research with 18 families living in Palestine, home is first considered as a positive physical space, or a castle, for families affected by occupation and political violence. As a castle, home serves as (1) a site of family practices, (2) a center of identity, and (3) a place of protection. Secondly, this paper will conceptualize home as a cage for many of these same families, exploring (1) the unhealthy conditions that families live in, (2) the lack of privacy that characterizes many homes, and (3) the feeling that one is a prisoner within one’s home. The paper ends by suggesting how practitioners and policymakers can better understand children and families multiple meanings of home in order to encourage the positive and mitigate the negative elements of home.

Today’s female refugee and internally displaced population faces the increasing risk of adverse birth outcomes associated with stress related to conflict, flight, and displacement. Programs addressing the specific psychosocial needs of pregnant women in situations of war are scarce, and there is little consensus regarding best practices. Initiatives have recently emerged, including psychosocial groups, safe motherhood training, and social support systems, all which aim to alleviate the psychosocial stress experienced by this cohort. However, there remain existing program gaps, such as the absence of specific quality research, the use of a deficits-based vernacular concentrated on vulnerabilities, no focus on postpartum care, and little development of gender-based violence prevention initiatives addressing pregnancies resulting from rape. It is clear that more needs to be done to provide and support comprehensive quality psychosocial services for this population.

"We may go, but this is my home": Experiences of domicide and resistance for Palestinian children and families

Published by Journal of Internal Displacement

Since the start of the occupation of Palestine in 1967, Israel has demolished approximately 27,000 Palestinian structures, most of which are family homes. Porteous and Smith (2001) coined the word domicide to mean the intentional destruction of one’s home by another, which causes distress to those who have become displaced. Domicide, or even the possibility that one’s home may be destroyed, causes significant psychological effects; nevertheless, we only know generally what these effects are and we know even less about the effects on children and families as a social system. Drawing from qualitative place-based research with 18 Palestinian families, this paper explores how loss of home or the threat of loss of home affects their everyday lives. After providing an overview of the factors that lead to domicide—Israel’s “matrix of control” and the proliferation of illegal Israeli settlements in Palestine—the paper describes the effects of domicide or the threat of domicide on Palestinian children and families and how they resist domicide through sumud (steadfastness). The paper concludes with recommendations to conceptualize home as a human right, and correspondingly, include domicide as a human rights’ violation.

Dr. Akesson's program of research focuses broadly on international child protection, ranging from micro-level understandings of the experiences of children and families affected by war to macro-level studies on child protection systems strengthening. Her past research projects include an evaluation of psychosocial programs for children in Chechnya (2005) and northern Uganda (2008); a mapping of social work education in West and Central Africa (2014), a place-based study on the experiences of Palestinian children and families living in the West Bank and East Jerusalem (2014), and an eight-country baseline study to determine child protection practices and social service workforce needs in southeast Europe (2015-2016). She is the principal investigator for two research projects with families displaced by the war in Syria: (1) a qualitative study exploring the childrearing experiences of Syrian families, and (2) a SSHRC-funded mixed methods study investigating Syrian families’ wellbeing and mobility. Akesson is also working on projects in Afghanistan, Ghana, and Lebanon.

Research Associate with Columbia Group for Children in Adversity

Columbia Group for Children in Adversity