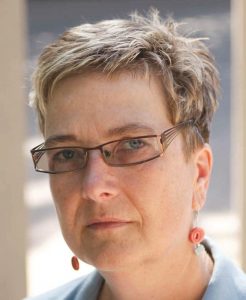 Professor of Psychology and Women's and Gender Studies, University of Windsor

PFV Interview with Charlene Senn: Being Out as a Feminist Lesbian; Advice for Young Feminists

Charlene Senn talks about her experience being out as a feminist and a lesbian, and gives some advice to early career feminists. This is an excerpt from one of the many oral history interviews available at www.feministvoices.com For the full transcript of this interview see www.feministvoices.com/charlene-senn-2/

Professor of psychology and women’s studies at the University of Windsor, joins MidPoint to discuss the program she authored for rape prevention in Canadian college campuses.

“We need to make stopping sexual assault everyone’s business, but those are long-term solutions,” says Charlene Senn, a psychologist at the university who spent 10 years developing and fine-tuning the system. “In the meantime, we need to give women the tools they need to fight back against the men trying to sexually assault them now.”...

“There are no quick fixes,” says lead author Charlene Senn, a women’s studies professor at the University of Windsor. “We need multiple strategies. But we now know that giving women the right skills, and building the confidence that they can use them, does decrease their experience with sexual violence. This is our best short-term strategy while we wait for cultural change.”...

Sex assault doesn’t wait till graduation: The case for even earlier prevention programs

Proponents of early intervention believe that it can stop the cycle of revictimization that sees women who have been raped once being more vulnerable to again being assaulted. If we start in high school, said Charlene Senn, lead author of the Canadian university study, “the effects could be much more far reaching. If we can prevent those early ones, then we are preventing later ones.”...

Sex on campus: How No Means No became Yes Means Yes

A U.S. study in 2007 found that 50 per cent of sexual assaults happen between August and November. There aren’t good Canadian Red Zone stats, because universities aren’t required to publicly report sexual-assault complaints. But we do know this: At least one in five women say they have experienced sexual assault that includes penetration by the time they graduate, according to University of Windsor researcher Charlene Senn, who studies rape prevention; if you include unwanted touching or being “coerced” into sex, she says, the rate rises to more than 50 per cent. The vast majority of victims never go to the police, and cases that do get reported rarely result in convictions...

Last fall, St. Mary’s University in Halifax and the University of British Columbia were in the spotlight for offensive student behaviour during orientation. More recently, multiple members of the University of Ottawa’s men’s hockey team are alleged to have sexually assaulted a female student from another university. These universities reacted quickly and responsibly to investigate and recommend changes that will create a healthier and safer climate for all students on campus. While many applaud these efforts, others are critical because they say the problem has been blown out of proportion by biased academic research...

University of Windsor psychology professor, Charlene Senn, who has spent decades studying the impact and prevention of sexual assault, notes that "Frequent, seemingly minor -- to outsiders -- indignities can accumulate to exacerbate fear, anxiety, depression, and stress."... 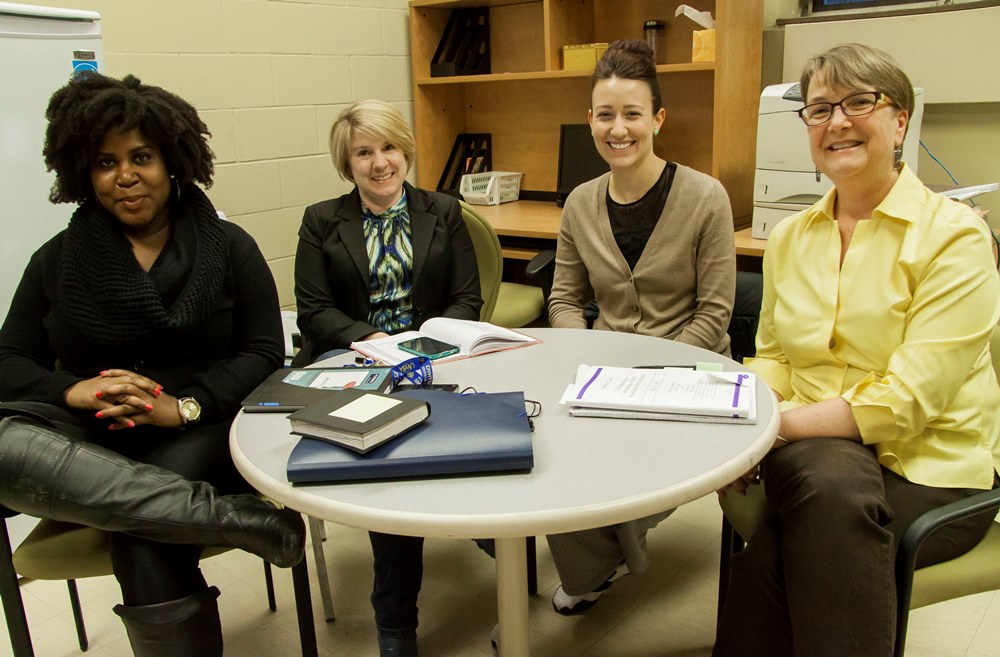 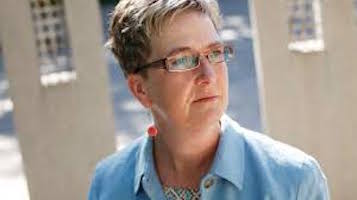 Sexual violence in the lives of first-year university women in Canada: no improvements in the 21st century

2014 Summarizes the frequency, type, and context of sexual assault in a large sample of first-year university women at three Canadian universities. Methods As part of a randomized controlled trial assessing the efficacy of a sexual assault resistance education program, baseline data were collected from women between ages of 17 and 24 using computerized surveys. Participants' experience with sexual victimization since the age of 14 years was assessed using the Sexual Experiences Survey--Short Form Victimization (SES ...

Published by The Journal of Sex Research

Efficacy of a sexual assault resistance program for university women

2015 We randomly assigned first-year female students at three universities in Canada to the Enhanced Assess, Acknowledge, Act Sexual Assault Resistance program (resistance group) or to a session providing access to brochures on sexual assault, as was common university practice (control group). The resistance program consists of four 3-hour units in which information is provided and skills are taught and practiced, with the goal of being able to assess risk from acquaintances, overcome emotional barriers in acknowledging danger, and engage in ...

“And Then one Night When I Went to Class...”: The Impact of Sexual Assault Bystander Intervention Workshops Incorporated in Academic Courses

Charlene Y. Senn is a social psychologist and Professor of Psychology and Women’s and Gender Studies at the University of Windsor, Ontario, Canada. Her research centres primarily on male violence against women and girls, and includes work on sexual coercion, rape, and the effects of pornography on women. She is an expert on effective sexual violence interventions, particularly those developing women’s capacity to resist sexual assault. Over the past 10 years, with CIHR funding, she developed the Enhanced Assess, Acknowledge, Act (EAAA), sexual assault resistance education program for women in the first year of university. The findings from the randomized controlled trial evaluation were published recently in the New England Journal of Medicine. This 12-hour program resulted in a 46% reduction in completed rapes and 63% reduction in attempted rape experienced across one year, when compared with the control group. EAAA accomplishes this while reducing woman-blaming and self-blame. Senn recently created a non-profit (SARE Centre) to facilitate scale-up of the EAAA program. With her co-Investigators, she has obtained funding from CIHR to conduct an implementation and effectiveness study at nine Canadian universities over the next four years. Since 2010, Senn has worked with her colleague, Dr. Anne Forrest, on another important piece of the campus sexual assault prevention puzzle to institutionalize effective bystander education for men and women on campus and study its short and long-term impact. The institutionalization involves integration of both peer facilitator training and a three-hour workshop (Canadian adaption of the Bringing in the Bystander® program) into the academic curriculum so that it is sustainable.

2015 Office of Human Rights, Equity and Accessibility, University of Windsor, Presented to Forrest, Senn & Johnstone in recognition of the Bystander Initiative to Mitigate Sexual Assault on Campus

Centre for Research & Education on Violence against Women and Children The University of Western Ontario : Academic Research Associate

Sexual assault of adult women in Canada is responsible for more than $1.9 billion a year in healthcare and other costs. As many as 1 in 4 women will experience rape or attempted rape while attending university. These experiences have immediate and long-term negative consequences on mental and physical health. With CIHR and Ontario Women’s Health Council funding, our team of researchers developed the Enhanced Assess, Acknowledge, Act sexual assault resistance program, called EAAA for short. In a clinical trial on 3 campuses, women who received the EAAA program experienced 46% fewer completed rapes and 63% fewer attempted rapes across one year than women in the control group. The proposed research is the important next step that will assess the impact of the EAAA when it is delivered at universities outside of a highly controlled research trial. A Train-the-Trainer model has been developed to transfer training and supervision of student facilitators to Campus Trainers at 9 Canadian universities. Universities will then offer the EAAA program to their female students and the procedures used to do so will be tracked. Trainers, facilitators, and students who register for the program will participate in research designed to examine how effective the program is in these naturalistic conditions, as well as to identify which factors are related to differences in the effects. Results from this study will be shared with other researchers at conferences and through journal articles. Results will also be shared with various university and sexual violence prevention stakeholders across Canada in 3 regional workshops and used to maximize the effectiveness of the EAAA program as it is implemented across North America.