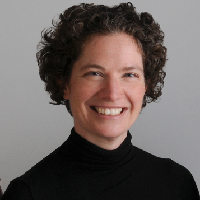 Dr. Jacqueline Kennelly, an EDST alumna and an assistant professor at the Department of Sociology and Anthropology at Carleton University in Ottawa, talks about her newly published book 'Citizen Youth: Culture, Activism, and Agency in a Neoliberal Era' (2011) and about what EDST means to her.

In collaboration with the Ottawa Art Gallery and Citizens Academy we recently had the opportunity to host a public screening of the results of our research project with homeless youth. We had generated three short films with the youth, which were focused on the issues they had identified as most important to them - including policing, decriminalizing marijuana, and the supports they need to transition out of homelessness. The public participated in activities that were similar to those that the youth had conducted, including mapping, a thermometer exercise, and discussions of the films. www.jacquelinekennelly.ca/encountering-democracy

- Transitioning Out of Homelessness - Criminalization of Marijuana - Youth and Policing An initiative of "Encountering Democracy - Low Income Canadian Youths' Perspectives on Citizenship and Democratic Processes" Funded By: Spencer Foundation Principal Investigator: Dr. Jacqueline Kennelly Names and faces have been obscured to protect confidentiality.

"Encountering Democracy" Transitioning Out of Homelessness 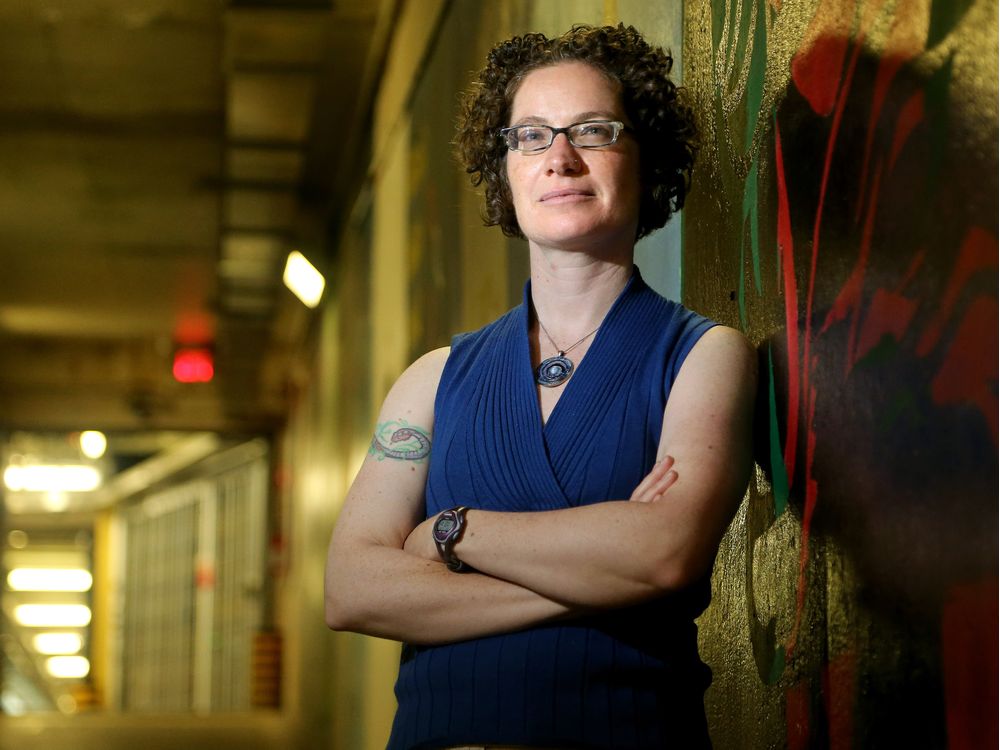 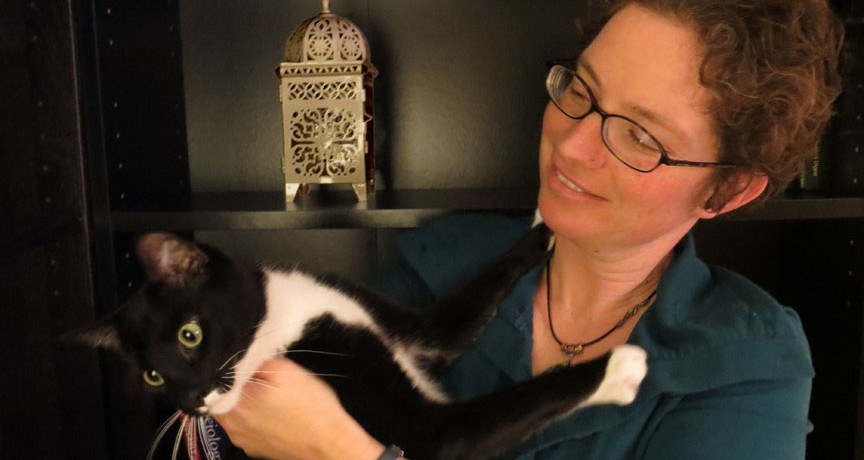 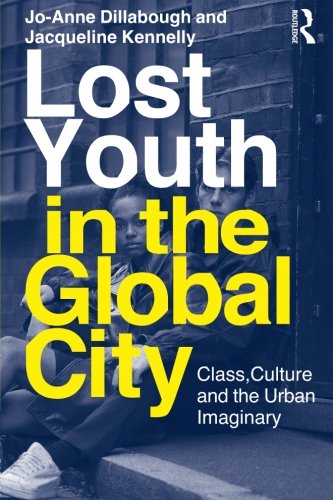 What does it mean to be young, to be economically disadvantaged, and to be subject to constant surveillance both from the formal agencies of the state and from the informal challenge of competing youth groups? What is life like for young people living on the fringe of global cities in late modernity, no longer at the center of city life, but pushed instead to new and insecure margins of the urban inner city? How are changing patterns of migration and work, along with shifting gender roles and expectations, impacting marginalized youth in the radically transformed urban city of the twenty-first century? In Lost Youth in the Global City, Jo-Anne Dillabough and Jacqueline Kennelly focus on young people who live at the margins of urban centers, the "edges" where low-income, immigrant, and other disenfranchised youth are increasingly finding and defining themselves. Taking the imperative of multi-sited ethnography and urban youth cultures as a starting point, this rich and layered book offers a detailed exploration of the ways in which these groups of young people, marked by economic disadvantage and ethnic and religious diversity, have sought to navigate a new urban terrain and, in so doing, have come to see themselves in new ways. By giving these young people shape and form – both looking across their experiences in different cities and attending to their particularities – Lost Youth in the Global City sets a productive and generative agenda for the field of critical youth studies. 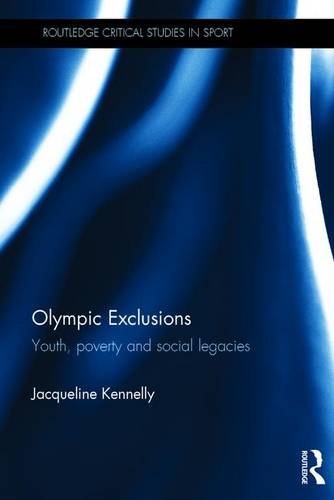 Olympic Games are sold to host city populations on the basis of legacy commitments that incorporate aid for the young and the poor. Yet little is known about the realities of marginalized young people living in host cities. Do they benefit from social housing and employment opportunities? Or do they fall victim to increased policing and evaporating social assistance? This book answers these questions through an original ethnographic study of young people living in the shadow of Vancouver 2010 and London 2012. Setting qualitative research alongside critical analysis of policy documents, bidding reports and media accounts, this study explores the tension between promises made and lived reality. Its eight chapters offer a rich and complex account of marginalized young people’s experiences as they navigate the possibilities and contradictions of living in an Olympic host city. Their stories illustrate the limits to the promises made by Olympic bidding and organizing committees and raise important questions about the ethics of public funding for such mega‐events. This book will be fascinating reading for anyone interested in the Olympics, sport and social exclusion, and sport and politics, as well as for those working in the fields of youth studies, social policy and urban studies.

Phenomenology of Youth Cultures and Globalization: Lifeworlds and Surplus Meaning in Changing Times (Routledge Studies in Social and Political Thought)

This edited collection brings together scholars who draw on phenomenological approaches to understand the experiences of young people growing up under contemporary conditions of globalization. Phenomenology is both a philosophical and pragmatic approach to social sciences research, that takes as central the meaning-making experiences of research participants. One of the central contentions of this book is that phenomenology has long informed critical empirical approaches to youth cultures, yet until recently its role has not been thusly named. This volume aims to resuscitate and recuperate phenomenology as a robust empirical, theoretical, and methodological approach to youth cultures. Chapters explore the lifeworlds of young people from countries around the world, revealing the tensions, risks and opportunities that organize youth experiences. 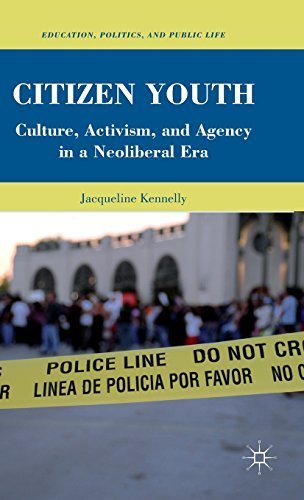 This is the view when I walk into my house’: accounting phenomenologically for the efficacy of spatial methods with youth

Published by Journal of Youth Studies

Seeing Olympic effects through the eyes of marginally housed youth: changing places and the gentrification of east London

Published by British Journal of Criminology

Published by Review of Education, Pedagogy, and Cultural Studies

‘It’s this pain in my heart that won’t let me stop’: Gendered reflexivity, webs of relations, and young women’s activism

Jacqueline Kennelly's research touches on youth cultures, citizenship, democracy, social inclusion and exclusion, globalization, neoliberalism, social movements, urban sociology, and education. She has expertise on homelessness, the urban impacts of mega-events, youth civic engagement, and gender. Kennelly's research is qualitative, involving traditional (e.g. interviewing, focus groups, participant-observation) and non-traditional (e.g. visual methods, spatial methods, film-making) methods. Her current research focus is on the experiences of homeless young people with civic engagement, and the supports they need to successfully transition out of homelessness. She has recently completed a Spencer Foundation New Civics Initiative grant that explores the civic engagement experiences of homeless youth in Ottawa, and is currently working in collaboration with the Alliance to End Homelessness Ottawa and A Way Home Ottawa on a Mitacs-Accelerate-funded research project examining the best ways to end youth homelessness in Ottawa. Before starting her faculty position at Carleton University, Kennelly completed a SSHRC-funded post-doctoral fellowship with the University of Cambridge, where she studied the impacts of the Vancouver (2010) and London (2012) Olympics on low-income young people. Kennelly continued that research with the support of a SSHRC Standard Research Grant, and just published a book on the entirety of the study, entitled Olympic Exclusions: Youth, Poverty and Social Legacies (Routledge, 2016). Previous research includes an ethnography of youth activist communities in Canada, published in 2011 by Palgrave-MacMillan in a book entitled Citizen Youth: Culture, Activism, and Agency in a Neoliberal Era; and (with Jo-Anne Dillabough) an ethnographic investigation of urban low-income young people’s subcultural responses to education and welfare retrenchment, ghettoization of the urban poor, and emergent forms of youth citizenship. Findings from that study were published as a book, entitled Lost youth in the global city: class, culture, and the urban imaginary (Routledge, 2010).

Learning about inequality in Canada, the United States and Mexico