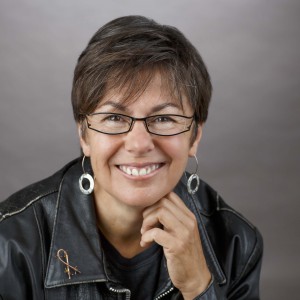 Kim Pate is a Member of the Order of Canada and recipient of the Governor General’s Award, five honourary doctorates, and numerous other awards

In this Castan event, held on 8 August 2013, three experts discussed the law's potential to protect the human rights of prisoners in the Australian prison system, as well as the challenges that lie ahead in ensuring respect for these rights. The speakers on the panel were: Dr Kim Pate (Executive Director, Canadian Association of Elizabeth Fry Societies) is a lawyer and teacher by training and has completed postgraduate work in the area of forensic mental health and was awarded an honorary doctorate by the University of Ottawa. Kim is the Executive Director of the Canadian Association of Elizabeth Fry Societies (CAEFS) and a part-time professor at the University of Ottawa, Faculty of Law. CAEFS is a federation of autonomous societies which work with, and on behalf of, marginalised, victimised, criminalised and institutionalised women and girls throughout Canada. Kim has also worked with youth and men during her 30 years of working in and around the legal and penal systems. Debbie Kilroy, OAM LLB, BSocWk, GDFMenH, GDLPrac and former prisoner, is the CEO of Sisters Inside which is an independent community organization which advocates for the human rights of criminalised women. Debbie is a strong, active advocate for the implementation and monitoring of human rights within women's prisons and against discriminatory practices. Debbie has participated in several international meetings including the expert meeting in developing the UN Rules for the Treatment of Women Prisoners and Non Custodial Measures for Women Offenders (Bangkok Rules), and the Commission of Status of Women Sessions annually. She is the first person convicted of serious criminal offences admitted to practice law and Debbie's expertise is in criminal defence law. Dr Bronwyn Naylor is an Associate Professor in the Law Faculty at Monash University, with degrees in Law and Criminology from Monash and Cambridge Universities, and has been teaching, researching and publishing in criminal law, corrections, regulation, and criminal justice and gender for over 20 years. Bronwyn is currently the lead Investigator on an ARC-funded project, now nearing completion, on the protection of human rights in prisons and other places of detention and is also a member of an ARC-project on Care Planning for Children of Incarcerated Parents. She has recently become a Council member for the Victorian Association for the Care and Resettlement of Offenders (VACRO).

Kim Pate: Convicting Women: Easy to Do; Well Nigh Impossible to Undo

Convicting Women: Easy to Do; Well Nigh Impossible to Undo Speaker: Kim Pate, Ariel Sallows Chair in Human Rights, University of Saskatchewan & Executive Director, Canadian Association of Elizabeth Fry Societies An event to mark Wrongful Conviction Day Presented by the Faculty of Law, University of Manitoba, in conjunction with the Association in Defence of the Wrongfully Convicted, Student Advocates for Justice, and the Feminist Legal Forum

Modern Day Canadian Legend Dr. Kim Pate Music: Imagine by John Lennon This video is not for profit or advertisement. No monetary gain is solicited or procured.

Crime is a Theory with Kim Pate

http://www.heartspeakproductions.ca http://www.elizabethfry.ca/ Kim Pate, B.A., B.Ed. (P.D.P.P.), LL.B, M.Sc (in progress) Executive Director of the Canadian Association of Elizabeth Fry Societies. Kim is an advocate, activist and ally of women and girls in prison in Canada. She has worked with and on behalf of marginalized, victimized, criminalized, and imprisoned youth, men and women for more than two decades. In addition to exploring the current trends toward the increased marginalization, victimization, criminalization, and institutionalization of women, especially poor and racialized women, as well as those classified as having disabling mental health and intellectual challenges, Kim discusses the historical and global tendency to further such oppression in prisons.

Kim Pate is awarded the degree of Doctor of Laws, honoris causa, "in recognition of her tireless efforts and outstanding leadership in promoting human rights for women within the justice system."

Karla Homolka must be given chance to re-enter society, say advocates for convicts

Convicted killer Karla Homolka did her time and deserves a chance to start over, say advocates dedicated to helping offenders adjust to life after prison. The mere fact Homolka had been living undetected for some time in small-town Quebec suggests the notorious criminal has successfully reintegrated into society, says Kim Pate, executive director of the Canadian Association of Elizabeth Fry Societies.

The Excutive Director of the Canadian Association of Elizabeth Fry Societies is calling for a full public inquiry into the wrongful conviction of Connie Oakes. “She never should have been convicted in the first place,” said Kim Pate Friday. “It behooves the government to actually look into how on earth this could have happened. We want to know how this happened.”

For 35 years, Kim Pate has been the country’s most prominent advocate for the hundreds of women locked away in Canada’s prisons. It is a numbing world that tests the souls of all who touch it, filled with extremes of bureaucratic apathy and human barbarity. So when Prime Minister Justin Trudeau named Ms. Pate to the Senate in October, she could have been excused for embracing it as a departure from all that – a retirement from decades of fighting on behalf of women such as Ashley Smith and hundreds of others whom the justice system has silenced and segregated. But as her graphic maiden speech in the Red Chamber made clear, Ms. Pate is not the retreating type. Rather, she intends to use her new platform to promote the principles she has been upholding for decades while also testing the boundaries of the Senate’s newly granted independence.

Advocates say aboriginal women tend to be underprotected and overpoliced, making it vital for police behaviour to be examined in the coming inquiry on missing and murdered indigenous women. Kim Pate, executive director of the Canadian Association of Elizabeth Fry Societies, says indigenous women are grossly overrepresented in the prison system and commonly suffer from poverty and abuse.

Kim Pate, executive director of the Canadian Association of Elizabeth Fry Societies, said overcrowded jail conditions can exacerbate mental health issues that inmates already have, and at the same time mean more limited access to the “very support that might assist them,” including visits from mental health professionals.

Q and A: Kimberly Pate, an advocate for women and champion for social justice

Kimberly Pate has spent a lifetime advocating on behalf of women who are marginalized, victimized or incarcerated.

A long-serving advocate on behalf of imprisoned women and girls will receive an honorary Doctor of Laws degree (LLD) from the Law Society at Friday’s Call to the Bar ceremony in Toronto. Kim Pate, C.M., who most recently was involved in the inquest into the death of 19-year-old Ashley Smith while Smith was in prison, will receive an LLD honoris causa at the upcoming Roy Thomson Hall ceremony.

Indigenous women are grossly overrepresented in the prison system and commonly suffer from poverty and abuse, said Kim Pate, executive director of the Canadian Association of Elizabeth Fry Societies.

Published by Canadian Journal of Criminology and Criminal Justice

2006 Numerous reports and commissions of inquiry have documented the need for oversight and accountability mechanisms to redress illegalities and rights violations in Canada's women's prisons. This article examines the recent troubled history of women's imprisonment in which the calls for meaningful accountability and oversight have arisen, outlines the necessary criteria for any effective oversight body within this correctional context, and measures some of the key recommendations against those criteria. The authors conclude that the judicial oversight model and sanction proposed by Justice Louise Arbour in 1996 is the proposal that best meets the criteria and therefore ought to be implemented.

Kim Pate was appointed to the Senate of Canada on November 10, 2016. She is a lawyer and teacher by training and has completed post graduate work in the area of forensic mental health. Pate is a Member of the Order of Canada and recipient of the Governor General’s Award in Commemoration of the Persons Case, five honourary doctorates (Law Society of Upper Canada, Universities of Ottawa, Carleton, St. Thomas and Wilrid Laurier), and a number of other awards. She is the former Executive Director of the Canadian Association of Elizabeth Fry Societies (CAEFS) and a part‐time professor at the University of Ottawa, Faculty of Law and occupied the Sallows Chair in Human Rights at the University of Saskatchewan College of Law for the past 18 months. CAEFS is a federation of autonomous societies that work with, and on behalf of, marginalized, victimized, criminalized and institutionalized women and girls throughout Canada. Pate has also worked with youth and men during her 30+ years of working in and around the legal and penal systems.

Member of the Order of Canada | Personal

In Commemoration of the Persons Case, 2011