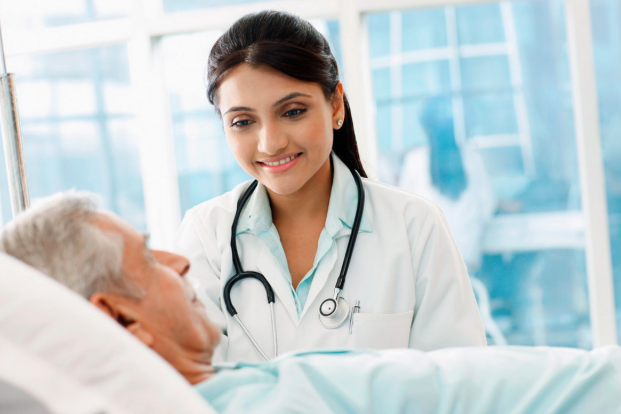 Has your family doctor ever consulted a reference book while you were present?

The first time my GP did so, I was stunned.

Even though I’d sought treatment for a wide range of issues from a slew of doctors over the course of more than 40 years, this had never happened before. And it seemed to me to reflect the positive flip side of women being less inclined to say “yes” to media interviews when asked.

Over the past 6 years, I’ve interacted with thousands of extremely educated and experienced women who have acknowledged doubting whether they were expert enough to comment to the media, apply for a promotion, or speak at a prestigious event. The downside of these doubts is that we don’t benefit from women’s insights as often as we should.

But the upside is that if you’re not arrogant enough to believe that you know or recall everything that might be important, and you’re willing to consult other authoritative sources, you may actually be more accurate and effective as a result. (And in the context of work that often involves life or death consequences, this can be huge!)

Last month, as I listened to a news report about a study finding that female doctors providing care to hospitalized patients outperform their male counterparts, I recalled this revelatory moment, and wondered if it had any bearing on the new research.

Conducted by male clinicians and published in a prestigious US journal, the study looked at patient mortality and re-admission rates. The data caused the researchers to conclude that if male doctors performed in the contexts studied as well as their female colleagues, hospital re-admission rates would be much lower, and as many as 32,000 patients’ lives would be saved each year.

The research built on previous studies finding that female doctors are more likely to rely on evidence and follow clinical guidelines. They’re also more communicative, more inclined to practice patient-centered care and to promote preventative measures. They spend more time with patients, and offer more encouragement and reassurance. (This seems like a case of approach, not ability; conscientious male doctors made aware of these results can incorporate such strategies and orientations into their own patient care.)

The implications of the study’s findings are profound – and not just for medical care. Because in addition to offering insight into some measures that can improve health outcomes and reduce expenditures, they validate in very concrete, measurable terms the value of social skills and approaches that have traditionally been denigrated or considered less desirable by virtue of being characterized as “feminine”.

As long as our default assumptions unconsciously reflect or reinforce the notion that the way men typically approach a task is, by definition, superior to, or more trustworthy than the way women might, we will continue to miss or under-use the significant contributions available from the other half of the population.

Being able to document the financial costs to such bias is at least a step in the direction of overcoming it. Working harder to bridge the gender gap in every field, to actively solicit women’s insights as a complement to the effective approaches and sense-making that men provide is critical.

In a few months, we’ll be officially launching ExpertWomen.ca, our online database of knowledgeable women who are willing and able to share their informed opinions with the media and broader public. By making it easier for journalists to find female experts, the database will enhance the quality of public conversations about a wide range of issues.

In the meantime, I appreciate my GP — and her willingness to admit that she doesn’t know everything — more than ever.