The infographic below is depressingly self-explanatory — on one level. It makes clear how entrenched the gender skew is when it comes to who gets quoted in North American media. And — as MediaWatch discovered 20 years ago when we conducted a comprehensive analysis of newsmakers (those quoted or reported on) in Canadian dailies — women’s voices are chronically under-represented as experts.

Some of the reasons for this are predictable — then and now: as long as male politicians and CEOs outnumber women, their voices will likely dominate on many issues. BUT how is it that even on issues that disproportionately affect women, such as abortion, birth control and women’s rights, the overwhelming majority of those whose opinions are quoted are male?

As Liz Sheehy, law professor at the University of Ottawa and a member of Informed Opinions’ advisory committee said in an email to me this morning, “More proof of the need for this important work!” 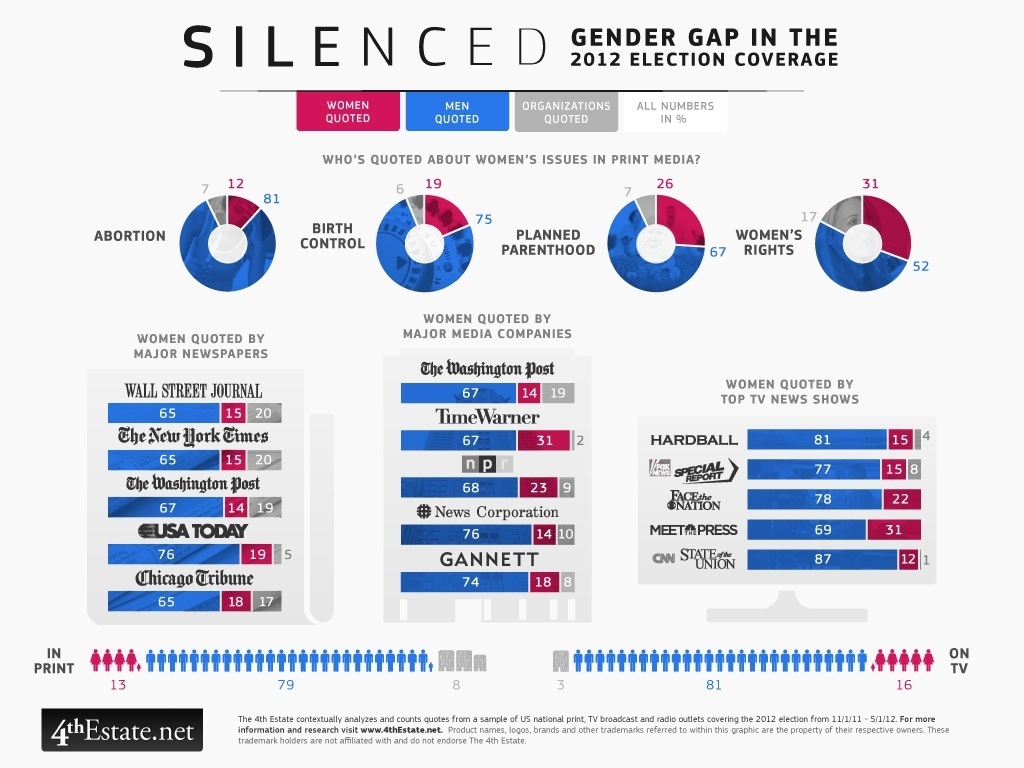 Infographic by The Fourth Estate