10 Lessons from listening to Chrystia Freeland, a seriously “good talker” 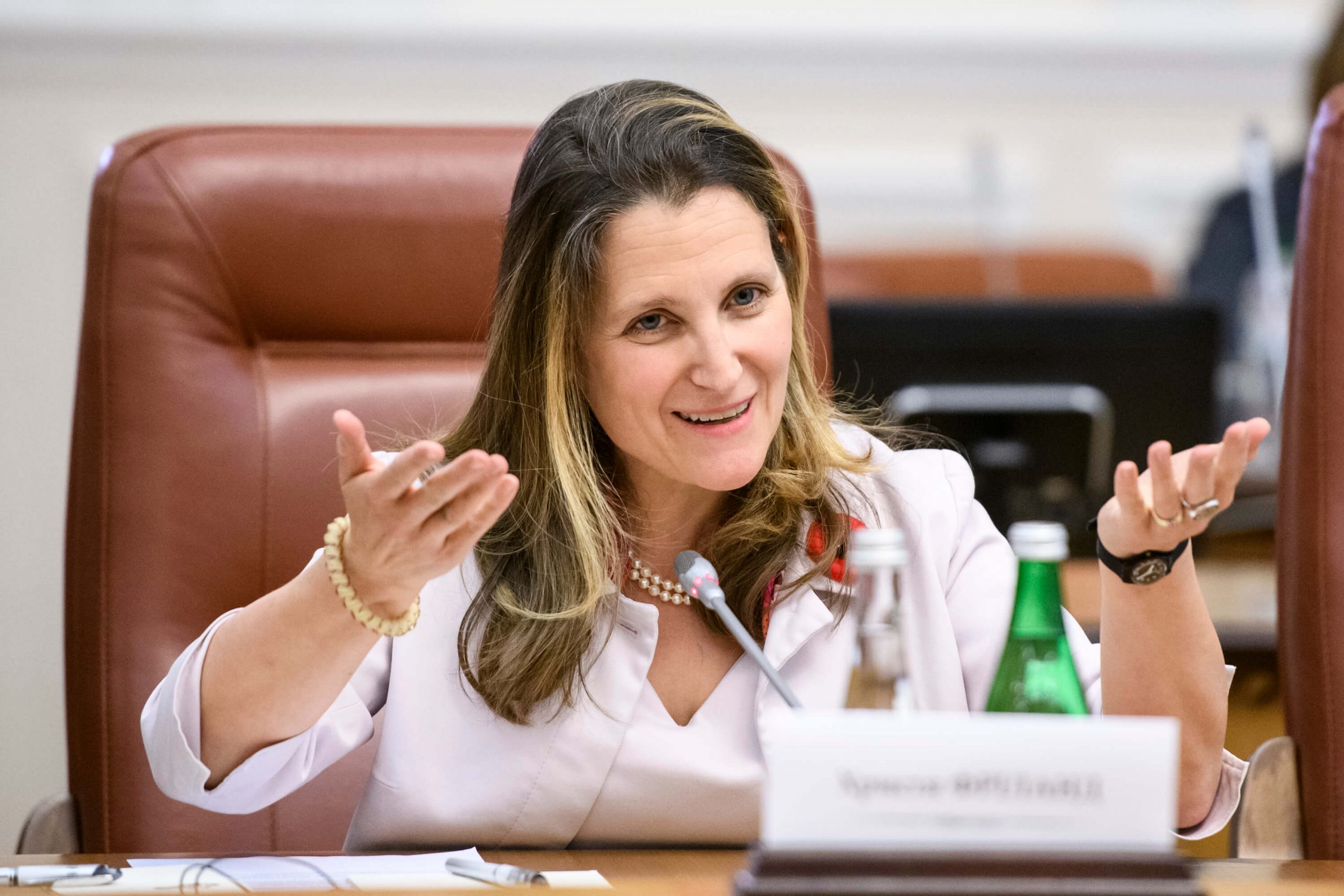 The prospect of being interviewed on live radio or television makes many participants in our workshops nervous. But none of them have had to negotiate the kind of high-wire crossing in real time performed by our newly appointed Finance Minister, Chrystia Freeland.

And she has, time and again, demonstrated her qualifications as — in radio producer parlance — a “good talker” — aka an on-air guest who speaks clearly and fluidly, is at once authoritative and accessible, and able to respond to tough questions without defensiveness or resorting to an embarrassingly transparent repetition of pre-crafted message box platitudes.

During the North American free trade negotiations she led on behalf of Canada as Minister of Foreign Affairs, she was interviewed multiple times about both the process and the outcome of the trade talks. In those conversations she had to demonstrate knowledge of an array of complex issues, and avoid saying anything that might be deemed an insult by the notoriously media-obsessed and Twitter-trigger-happy commander-in-chief.

Not only did she succeed in maintaining a respectful tone and avoiding the multiple traps that such a scenario presented, she also demonstrated text-book interview finesse.

Here are just a few of the lessons that listening to her conversation with Chris Hall, host of CBC Radio’s The House, offer to those aiming to become more effective themselves when speaking with journalists:

Most of the women we train are scholars, business executives, lawyers or non profit leaders. As such, the potential consequences of being misquoted or misunderstood may not result in the kind of international or fiscal shock waves that Minister Freeland faces.

But we can all learn a lot from her mental and verbal agility, her ability to hold her own on the interview dance floor, avoid being led into dark corners, or pulled into unflattering moves, and effectively deliver the messages she believes are most useful to enhance Canadians’ understanding of complex issues of major importance.