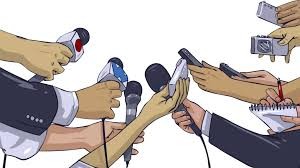 Want to know what journalists think? Ask them. That’s what we did last fall by hosting a series of roundtable luncheons in cities right across the country. Our goal was simple: to pick their brains about ExpertWomen.ca, the new, improved and expanded database we’re starting to build.

We’re now incorporating their valuable ideas and insights into our new tool (and we’ll let you know when it’s up and running!). But over the course of those lunches we also gleaned more than a few things they want women to know about working with them. And we figured they were worth sharing.

1. They really do care about what you have to say.

Journalists across the country agreed that the conversation changes when women’s voices are included. “I think women have a particular point of view that we don’t hear a lot,” said one. Another highlighted the fact that when women don’t speak, some issues simply don’t get airtime. What we heard? “We need to draw on women’s insights more often.” It’s not a lack of desire that keeps them from calling on women.

2. They need you to say yes to the interview

But the fact is, almost everyone agreed that getting a woman’s voice to print or to air is often a challenge. That’s because women are far more inclined than men to turn down interview requests. “Too often the women I reach out to say ‘sorry, I’m not the right person,” said one exasperated reporter. “They don’t seem to understand that I’m just looking for a conversation… not a book chapter!” Over and over again journalists stressed that their time constraints mean that they often default to interviewing a man, simply because he’s fastest to respond. “At the end of the day,” said one, “you still need someone to put on the air.”

3. And they need you to do it quickly.

It’s fine to take a breath and collect your thoughts before you call a journalist back, but speed is of the essence, especially as newsroom resources become more and more scarce. Many journalists said women frequently need more convincing before they’ll do an interview – which doesn’t always work with their timelines. “When you’re on a short deadline, it’s easier to go to people you know will say yes,” a journalist explained – and more often than not, that means calling a man.

4. They appreciate it when you’re clear about when you won’t be available

The journalists we spoke with are mindful of the fact that many women face unique time pressures, especially if they’re parents. “A lot of women have full time jobs,” said one reporter. “They don’t see doing media as a priority.” If you absolutely can’t be available at a particular time, it’s important to be clear about that up front. Even if you can’t do the interview, let them know that you would be keen to talk at another time. Interestingly, more than one journalist noted that men hardly ever cite daycare pickup as a reason for not doing an interview, while it’s common among women. (Might this be an incentive for you to solicit a bit more help on that front?)

5. They want you to refer them to other smart women

Many of the journalists we spoke with are actively working to build up their go-to lists of smart, media-friendly women. If you can’t do the interview, they’re always grateful if you can refer them to another qualified woman.

6. They want you to be proactive

Breaking news in your area of expertise? Get on social media and share what you know. Because here’s the thing about journalists: they are pretty much tethered to their electronic devices at all times. If something’s being discussed on Twitter, chances are they’re paying attention. Don’t be afraid to let your voice be heard in those forums because, as one journalist said, “we’ll notice.” If you’re less keen on social media, it never hurts to fire off a quick email to a journalist directly to let him or her know you’re willing to be interviewed.

7. They urge you to ignore the trolls

Nobody likes a troll, especially not an anonymous one spewing unproductive comments online. News organizations know that online comments can deter some women from saying yes to media interviews. That’s why more and more are doing away with online commenting altogether in favour of fostering dialogue through social media. The truth is, journalists have to deal with online trolls too. Their solution (and ours, too!)? Just ignore ‘em.