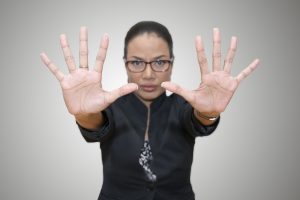 Wait! Read this blog post before you press “send” on that unsolicited commentary

In the dog days of summer 2017, when many people were at the beach, or glued to the media coverage of Charlottesville’s neo-Nazi march and the shocking response from the leader of the free world, a small posse of women with informed opinions were speaking up to make change.

University of Ottawa law prof, Liz Sheehy and Ottawa Rape Crisis Centre executive director Sunny Marriner co-wrote about sexual assault; Rakhi Ruparelia, also a member of the law faculty at UOttawa, called out racism in Canada; Canada Research Chair in Global Women’s Issues, Bipasha Baruah, linked the rise of acid attacks around the world to toxic masculinity; Amira Elghawaby chronicled the affluent empathy gap; and Michelle Stack challenged educators to take responsibility for addressing tough issues in the classroom. (All of these pieces are featured in the 2017 graduate showcase section of our website, where we’ll post your published commentaries, too, if you send them to us.)

Even though Rakhi was nursing an ill relative, when she received an email from Christina Spencer at the Ottawa Citizen asking her to weigh in, she says,

“I didn’t hesitate… I reminded myself the article
didn’t have to be perfect, just out there.”

This is important advice for all of us to remember – I call it “the reasonable man approach”. We don’t allow ourselves to turn down an opportunity that a reasonable man would be quick to embrace.

When people approach you to write commentary, be interviewed, or speak at an event, they never ask if you’re “the best”, and they’re not expecting perfection. They’re usually looking for someone who can offer context, add value, or provide insight.

And if they’ve reached out to you on the basis of their past knowledge of you, your internet profile, or someone’s explicit recommendation, you can likely do all of that and more. This is the conclusion a reasonable man comes to right away. (For more on this principle applied to public speaking, read this.)

If you haven’t yet taken our Writing Compelling Commentary workshop, or if you’re worried you’ve forgotten much of what we shared, our new online Learning Hub has an entire section featuring reminders and strategies. In the meantime, you can learn a lot from the advice someone gives to others – and it’s often less painful. Especially when the insights permit you to avoid making mistakes, as opposed to having to rectify the ones you’ve already made.

In that spirit, here are some suggestions I’ve given to a handful of smart women whose first drafts contained one or more elements that were likely to get in the way of them persuading their intended audience, or being accepted for publication in the first place.

Before you hit the “send” button on your own submission, it’s worth revisiting the following:

If you’re seeking to publicly position yourself as a credible authority in your field, offering analysis in the form of an op ed disseminated through a respected publication is a good strategy.

And the good news is that regular columnists like to take time off in the summer, just like the rest of us. That means that it’s sometimes easier to get into the publication of your choice in July and August.

But reviewing your work in light of the tips in the above checklist gives you even more of an edge.