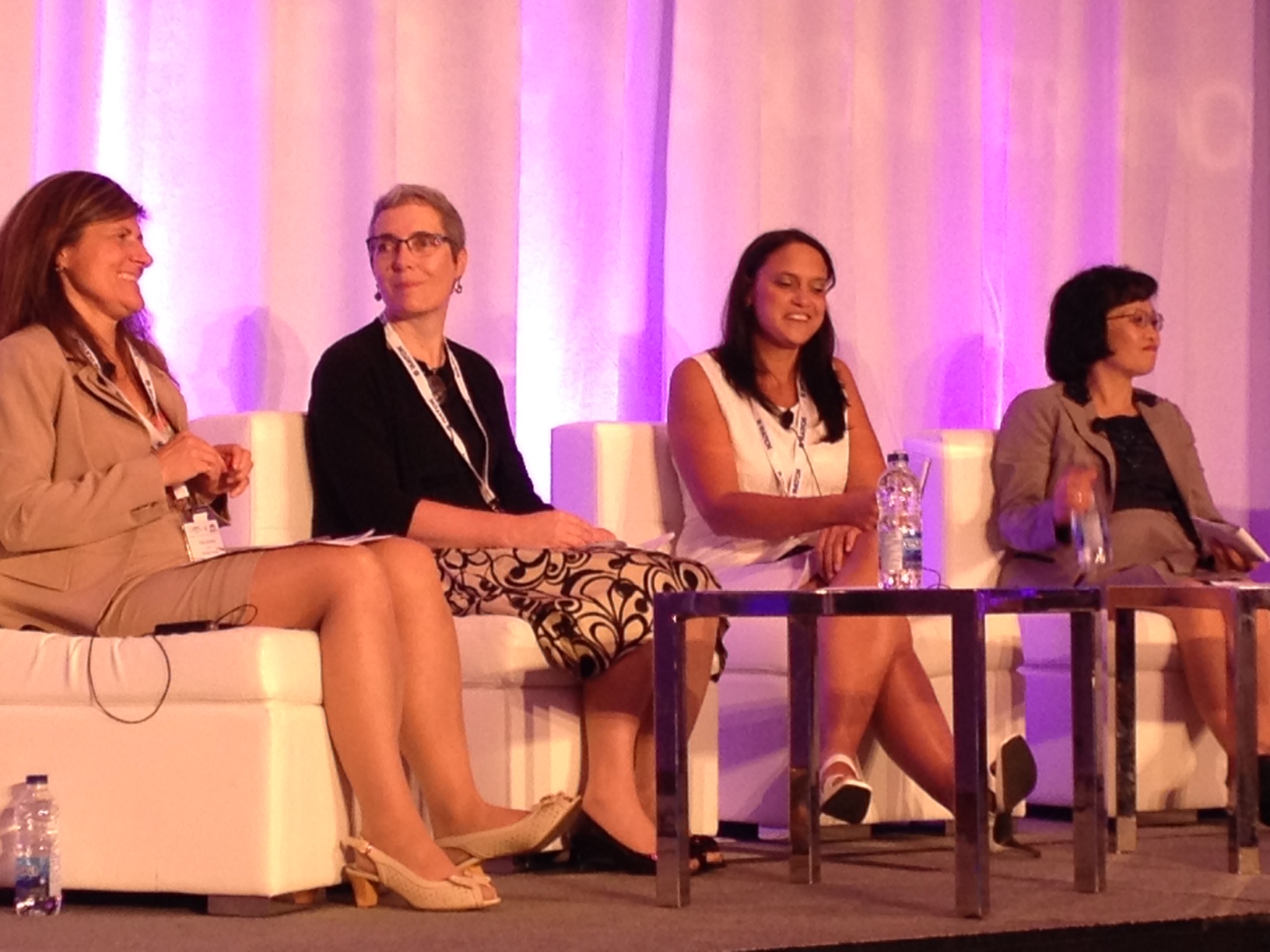 “Thank God the world is not populated by people like me.”

That was my overwhelming thought last week while participating in a symposium of women engineers.

Unlike most of the rest of the attendees at the first ever Women of Impact in the Canadian Materials, Metallurgy and Mining Fields event, I dropped physics and chemistry after 10th grade. And the hair-tearing experience of surviving grade 12 rapid math reinforced my certainty that my future lay in arts.

So being in a room full of women who earned science and engineering degrees, and had been applying their related analytical abilities to solving problems, building sophisticated machines and challenging the rest of us to reconsider our stereotypical notions of #WhatAnEngineerLooksLike was, for me, genuinely awesome.

Over and above their subject matter smarts, they also had enormously valuable advice about life and success and what it (still) takes to manage the two when you’re a woman pursuing work in a field traditionally dominated by men.

Many shared strategies for juggling family and career, and cited the crucial influence of role models, mentors and sponsors who reinforced their individual beliefs that they could excel in science and engineering disciplines. These included parents who worked in related fields (or insisted that their daughters had to choose something similar), teachers who nurtured potential and offered encouragement, and colleagues who actively opened doors. Such champions helped them to overcome the subtle and overt naysayers who sported a limited view of the world and women’s position within it.

Nean Allman, a Scotland-born geologist who runs her own consultancy helping mining companies tell their stories, recalled receiving a letter in response to her application to the University of Edinburgh in the 1960s, asking,

“Are you aware that it’s unusual for a woman to study geology?”

Retired physicist Jennifer Jackman, who has held a number of senior posts in industry and government, referred to the “subtle discrimination of lower expectations” that she faced as a Black woman. Evidence of this included the frequent assumption people made that she must be a secretary, rather than a PhD-holding research scientist.

And yet none of the women featured on the three panels dwelled on the obstacles they encountered, because the success they’ve achieved in diverse and challenging careers furnished them with a lot more interesting stories to tell and recommendations to share.

Many spoke about the qualities they felt were necessary to assume leadership positions. Eva Carissimi, CEO of Quebec-based CEZinc, cited advice she received from a mentor who noted that tunnel-like focus is a useful asset when you’re seeking to solve problems, but suggested that leaders really needed to leave the tunnel for the bridge – having a bird’s eye view of the big picture being a better vantage point to chart a course for success.

Louise Grondin, Senior VP of Environment and Sustainable Development at Agnico Eagle Mines, earned an appreciative laugh when she declared,

“I always think there’s a solution to every problem – and that I’m not the problem.”

Susan Knoerr, Director of Business Planning for Zinc at Teck Resources advised: “Never be afraid of having a team that’s stronger than you are.”

And Shastri Ramnath, owner and CEO of Orix Geoscience offered an insight that – given the talent in the room, employers of engineers should embrace.

“Many employers don’t recognize the value of employing new moms,” she said. “75% of Orix’s staff are women, and yes, we do always have at least one person on maternity leave. But if you’re willing to accommodate mothers, they often make really flexible workers willing to enter data at night, or work on Saturday mornings.”

Finally, a number of the women echoed one of the points Sheryl Sandberg devoted an entire chapter to in her book, Lean In. She titled it “Make Your Partner a Real Partner”, and many of the married symposium participants credited husbands who were willing to follow them around the country or the world to new posts, allowing them career opportunities they would have otherwise had to turn down.

“You want to have a supportive spouse so when you go to work on Christmas day, he understands.”

In response to which Waterloo engineering professor Carolyn Hansson, whose long career included stints in the UK, US and Denmark, quipped:

“No – the reason you want a supportive spouse is so someone can cook the turkey!”

The breadth and depth of these engineers’ fascinating and challenging careers, both past and present, are captured in a book written by symposium organizers, Mary Wells, Associate Dean of Engineering at the University of Waterloo and President of the Metallurgy and Materials Society of CIM (MetSoc), and Anne Millar, a PhD candidate in history at the University of Ottawa. The book will be available online at http://www.cim.org/en.aspx in the coming weeks.