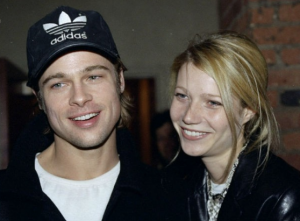 Among the many feelings (fury, disgust, resignation) that surfaced for me upon learning the extent to which casting couch hell remains alive and well, was this thought:

There are a lot of decent men in the world capable of doing what Brad Pitt did when he learned of the encounter his then girlfriend, Gwyneth Paltrow, had with the now disgraced movie mogul.

So guys, this is for you:

You don’t have to be Brad Pitt to stand up with women, demanding respect, and rejecting abuse.

We know you, too, feel disgust and anger about the Weinsteins, Trumps and Ailes of the world: men who give you all a bad name.

We know that most of you don’t behave this way. That you don’t need to have a daughter in order to recognize harassment and assault as loathsome and indefensible. That being a human being is enough.

So here’s a three-step process to out yourself as an ally, to align yourself as belonging to a different category of men in opposition to the bullies, the harassers, the predators.

This may sometimes mean having uncomfortable conversations with other men. (Many women have some relevant experience; they can offer suggestions!)

It will require you to be strong and secure in your conviction that the behaviour is wrong, and to accept that you may be verbally ridiculed or denigrated (again, welcome to our world).

But the benefits of living in a society in which powerful men are held to account for despicable behaviour are worth it.

Because the abusers will eventually lose their power, and together women AND decent, respectful men will be able to create a better world for all of us — you, me, our daughters and our sons.

Women have been resisting and raging against this kind of behaviour for centuries. And not just in Hollywood, but in sports, the military and high tech, too. Your voices are needed to stop it.

#MaleAllies?  #ImWithHer?  #ImWithBradPitt? — choose whatever hashtag or platform you want, but choose to align yourself definitively, and publicly, with the human beings, not the abusers.

At Informed Opinions, we know from experience that you have no way of predicting the ripples you’ll create by speaking up.