“Call out” versus “invite in” 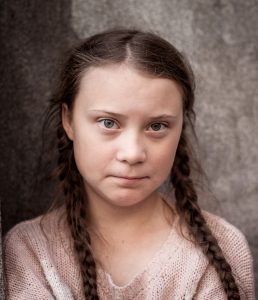 I’m in awe of #GretaThunberg.

It was her climate activism that first got my attention, of course. But last week her masterful smackdown of the a**hole kickboxer now arrested on human trafficking charges cemented my hero worship:

Her understanding of toxic masculinity…! Her wicked sense of humour…! Her economic use of language…!

“yes, please do enlighten me,” she wrote to the idiot bragging about his car collection and emissions: “Email me at smalldickenergy@getalife.com”.

That’s now the fourth most “liked” tweet of all time.

Encouragingly, none of the other top 10 are put-downs or call-outs. I was glad to learn that. Because so much activity on social platforms is decidedly ANTI-social, amplified by algorithms that privilege speed and righteousness over reflection and care.

But research done by my colleague Maite Taboada a few years ago found that a significant volume of attacks on Twitter are posted by people who believe they’re honourable.

I’m no longer skeptical of this. In fact, I recently received a critical comment online, not from an anti-feminist #troll, but from someone I knew and respected.

In disagreeing with a position I expressed, but lacking significant context, she passed public judgment on my organization and questioned my integrity.

And I thought, “Why didn’t she just email me?”

In my world, thoughtful, generous people often do just that: they notice an inconsistency in some communication… they question why we featured a particular image… they have an insight likely to shift our understanding of a sensitive issue… And so they DM or email to flag a problem, ask for context or offer a resource.

I so appreciate such gestures, grateful that they did me the courtesy of sharing their feedback in private, like a human being, rather than performing their moral superiority in public, like a programmed-for-attention bot.

When we’re posting publicly, we have at least one eye to how what we’re saying will be perceived by others. And the insidious impact of spending too much time in this environment is that we risk being emboldened by call-out culture and incentivized by “likes”, even if unconsciously.

It’s beyond shameful that a courageous advocate for our collective survival has been so frequently and viciously attacked online that she’s earned a black belt in verbal self-defense while still in her teens.

But it doesn’t have to be this way.

We all have an obligation to restrain our own worst impulses to piss on someone else’s parade just because we can.

Direct messaging functions facilitate private contribution. They allow people to receive suggestions as a gift towards improvement instead of as a critique meant to make the commenter look better by comparison.

If you know someone who’s still obviously wrestling with when to “call out” versus “invite in”, send them – privately of course! – Harvard University’s handy little guide: https://bit.ly/3vCpNUe

It offers lessons to benefit us all.