Here’s what you missed… 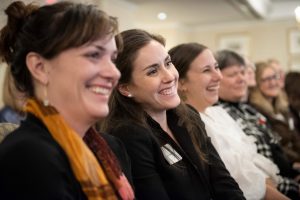 Business people, bureaucrats and board members, researchers, equality advocates and journalists — that’s who showed up on February 4th at Ottawa’s Rideau Club for the launch of the Gender Gap Tracker. 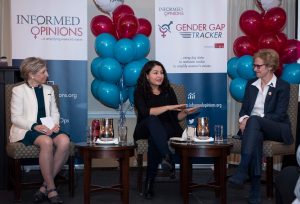 They came to celebrate the application of big data analytics to achieving gender equality in public discourse. And they stayed to watch an Informed Conversation between Minister for Women and Gender Equality, Maryam Monsef, and Joy Johnson, Vice President, Research at Simon Fraser University. The two leaders’ thoughtful exchange — which you can watch in its entirety here — included equality strategies and candid confessions about professional failures, and how they view those now.

You can read more about the Gender Gap Tracker (what it is, and why it’s necessary) here and here. But the short story is, for four months before launch, from October 1st to February 4th, women’s voices never edged above 26% of all those quoted or interviewed. Since then, we’ve seen brief spikes of 29 or 31%. Visit the site yourself, see how well the news media you rely on are doing, and then click on the media logos to let them know if you’re satisfied or disappointed.

In the meantime, here’s what a few of our board members in attendance had to say about the launch itself the following day: 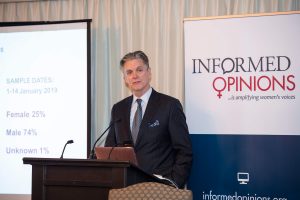 Editor in Chief of the Conversation Canada, Scott White, offered a veteran journalist’s perspective on the stats

The event was superbly executed, had a strong turnout of folks committed to gender action in different domains, and featured a stellar and authentic conversation between Minister Monsef and SFU’s Joy Johnson…. It’s great to see the buzz on Twitter and the ease with which the tracker works. –Nobina Robinson

I’ve been blissed out since I got home last night.  The Gender Gap Tracker is helping us move the conversation in this country in a much-needed, positive direction! – Amanda Parriag

The event was terrific, the room was great, and you succeeded in elevating the work of Informed Opinions. It was an inspiring event. – Evelyne Guindon

The event was spectacular, it’s wonderful to see media and government engagement, and the spoken-word poetry summary at the end was brilliant! – Scott White 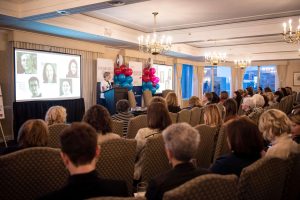 The event also gave us the opportunity to publicly recognize: 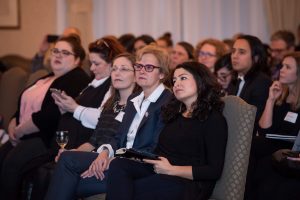 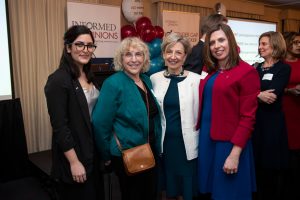 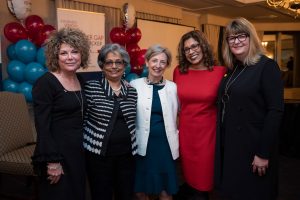