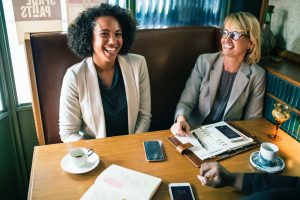 This article was originally published on Poynter

What would happen if news media struggling to survive applied the productivity mantra “What gets measured gets done” to the sources they quote?

Business research, Hollywood sales data and anecdotal evidence from the news industry itself all suggest it’s worth a try.

In many western democracies — the United States, the United Kingdom and Canada included — most major news organizations continue to feature three or four times as many men as experts or sources as they do women.

This might have been more defensible a generation ago. Male CEOs, politicians and professionals were the norm, and we weren’t so clear about the costs of failing to consider how profoundly different men’s and women’s bodies and lives are when developing drugs, policies or programs.

But reams of respected business research has since found that when organizations draw on the talents of women, they make more informed decisions, better serve their customers and are ultimately more profitable. And continuing to rely primarily on a white, male subsection of the population to offer commentary and analysis when you’re trying to engage culturally diverse audiences that are 50% female? That hasn’t made sense for decades.

Nor is it good journalism. Diverse sources are a hallmark of responsible reporting. For news to effectively fulfill its democratic obligations, it needs to reflect the diverse perspectives of the citizens it purports to serve. Doing so is likely to engage more of them.

Entertainment box office figures are instructive. TV and film executives once believed that female audiences would watch programs aimed at men, but the reverse was not true. That rationale helped to justify decades of male-centric movies.

But a 2018 study found that on average, female-led films earned higher revenues than male-led films released in the same year. In an age of on-demand programming from a multitude of providers, the tastes of teenage boys no longer rule. Audiences want good storytelling and to see their realities reflected on large and small screens alike.

Good journalists understand this and many are already attempting to capitalize on a similar dynamic in terms of how they report and who they feature. Senior staff at Bloomberg and The Atlantic have been leading this charge for years. And in 2018, the BBC explicitly committed to meeting a 50:50 challenge, ensuring the equitable representation of male and female sources by this coming April.

Anecdotally, some media are discovering that such attention pays off. The producers of La sphére, a Radio Canada program that covered technology, noticed that efforts to achieve gender parity among guests corresponded with an increase in listeners. And The Financial Times determined that reframing one of its electronic newsletters to engage female readers inspired higher “open” rates among male readers as well.

Informed Opinions, the non-profit I lead, is looking to inspire others to mimic these experiments. We recently collaborated with scientists at Simon Fraser University to adapt the incentivizing power of a fitness tracker to this challenge. Leveraging the technology behind voice-activated assistants like Siri and Alexa, we created a tool designed to motivate journalists to pay more attention to the gender ratio of their sources.

Using big data analytics, our Gender Gap Tracker monitors the ratio of male to female sources quoted in Canada’s most influential news media. Its easy-to-read graphs are updated on a daily basis and reflect both the performance of individual newsrooms, and aggregate data from them all. From October through January, women’s voices remained steady at about 25 percent.

Most journalists know that doesn’t reflect well on either their journalism, or their audience engagement prospects. Beleaguered by industry disruptions, and competitive by nature, many are eager to improve. In fact, since we launched the Tracker on Feb. 4, women’s voices have increased by 4 percent.

This improvement has been aided by a number of grassroots women’s groups that have created databases of expert women across a wide range of fields. Our collective goal is to make it easier for journalists to find female sources who are both qualified and eager to share their insights.

Anyone familiar with the incentivizing power of a fitness tracker understands that what gets measured is more likely to get done. Like the 10,000-step crowd, news media may discover that the quantification leads to life-sustaining health benefits.