I can no longer celebrate Canada Day

NOTE: This piece was originally published on the Toronto Star’s website on 23 June 2021, and in the paper’s print version the following day. It became the site’s most-read story, and generated significant response. Although I knew my thesis would be controversial, I was still taken aback by how incredibly hostile many people’s defensiveness made them. Some recommended I leave the country, others interpreted my views as an attack on Canadian war veterans. The feedback was often personal and aggressive. It gave me a small window into the abuse that Indigenous people and other members of marginalized groups must face on social media every day. At the same time, seeing the image of Canadians celebrating July 1st on Parliament Hill that the Star used to illustrate my piece reminded me of having witnessed many immigrant families do exactly that during my years in Ottawa. Knowing what a haven this country has been for people persecuted around the world made me proud then, and continues to now. But our claims to moral superiority are undermined by our treatment of Indigenous peoples, both historical and current. We need to do better. 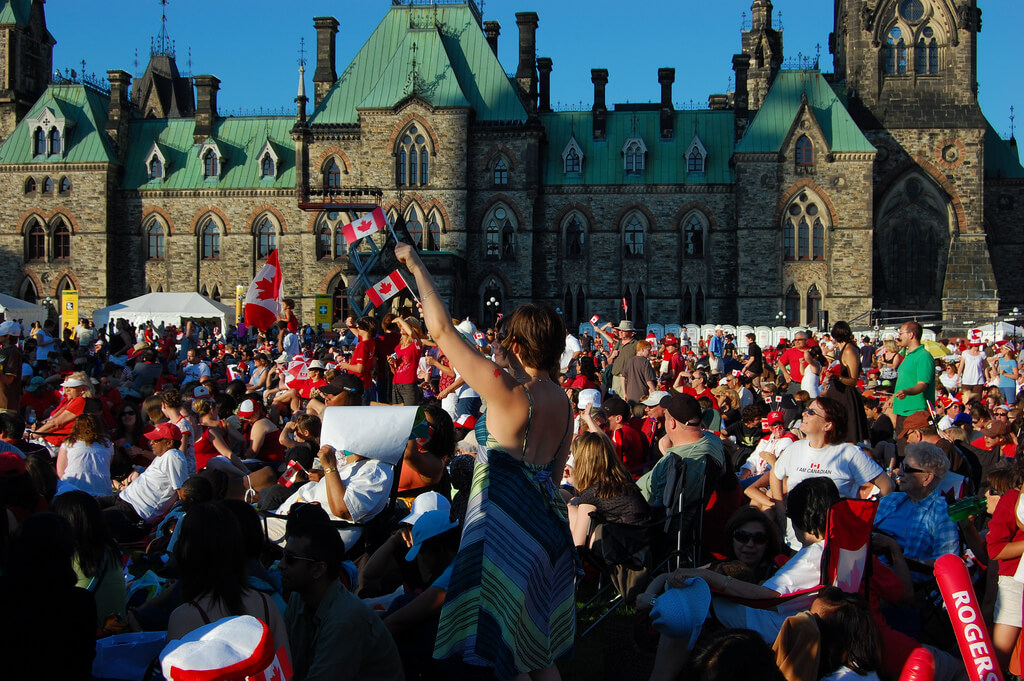 I can no longer celebrate Canada Day, and I’m at a loss as to why anyone else should, either.

The holiday has become for me a reminder of the unspeakable wrongs my ancestors visited upon those who inhabited this land for many centuries before white settlers arrived. Wrongs that many governments have continued in my lifetime.

Sickened by the stark testimony from thousands of residential school survivors brought to light by the Truth and Reconciliation Commission, I first began feeling this way in 2015. But it’s not like illumination hadn’t been available before that.

I had read Maria Campbell’s powerful account of growing up Métis on a road allowance in Saskatchewan. I had followed the news coverage of the Oka and Ipperwash crises, Stephen Harper’s apology to Indigenous peoples in 2008, the Idle No More movement protests in 2012.

So I feel shame over how long it took me to get here; how many opportunities I was given to arrive at this conclusion; how much evidence I needed to be presented with in order to understand — not just the historical travesties, but my own family’s complicity.

I grew up in the leafy, affluent suburbs of west island Montreal and Vancouver’s North Shore, in circumstances that assured my ignorance was as vast as my privilege. I learned more about the first peoples of this continent from TV and movies than I did in school — no doubt all of it grievously wrong. And I never crossed paths with a person I knew to be Indigenous until I was in my early thirties.

The first time I heard human rights lawyer Mary Eberts use “settler” to refer to herself, the concept was so foreign to me that I took several minutes to grasp what she meant. And when I did, I was not ready to claim the term for myself.

Then a few years ago, at a conference in Calgary, an Indigenous panelist invited the mostly white people present to consider how we had benefited from colonization. That moment called to mind my mother’s childhood home on a lush and productive fruit farm bordering on the south shore of Lake Ontario. I had spent many delightful weeks there as a kid, climbing the poplar trees, swimming in the pool, collecting chestnuts in the fall.

Although the property hasn’t been in my family for decades now, it still figures prominently in my imagination. My mother’s maiden name was Secord, connecting her, like many in the region, to the famous Laura Secord. A few years earlier, I had proudly participated in a walk commemorating my ancestor’s historic trek to warn the British troops of a likely American invasion during the War of 1812.

Laura Secord’s father had come north from Massachusetts to what was then known as Upper Canada in 1795 to accept a land grant. So claiming my connection with Laura Secord necessitates acknowledging my settler status.

You may not feel a connection to land that was inappropriately granted to your predecessors. Maybe your own forebears didn’t own the fields they worked. Or maybe your family came here more recently, absolving you of the responsibility I now feel.

But here’s what I invite you to think about on July 1 this year:

Every cent earmarked for Canada Day celebrations — the concerts, the fireworks, the speechmaking — should be multiplied by a thousand and invested instead in the reconciliation efforts repeatedly called for not just by Indigenous peoples but by government reports documenting the indefensible acts carried out in our names.

No doubt it would still be a drop in the bucket relative to what’s required, but at least it would remind us every year that we cannot in all conscience, celebrate “Canada” until our actions live up to our commitments to human rights.

Shari Graydon is the Catalyst of Informed Opinions, a non-profit working to amplify the voices of women and gender-diverse people and ensure they have as much influence in public conversations as men’s.