Let’s make this the last election in which our voices, realities, leadership capacities are absent, marginalized

The following op ed first appeared on The Toronto Star‘s website (17 September 2021) and in the print version (20 September 2021). The argument I make below is one we’re going to repeat, in collaboration with researchers and advocates across the country, many times in the coming year as part of our new initiative, Making Gender Parity in Politics Inevitable. If you’re interested in learning more about the initiative, please contact sidney@informedopinions.org. 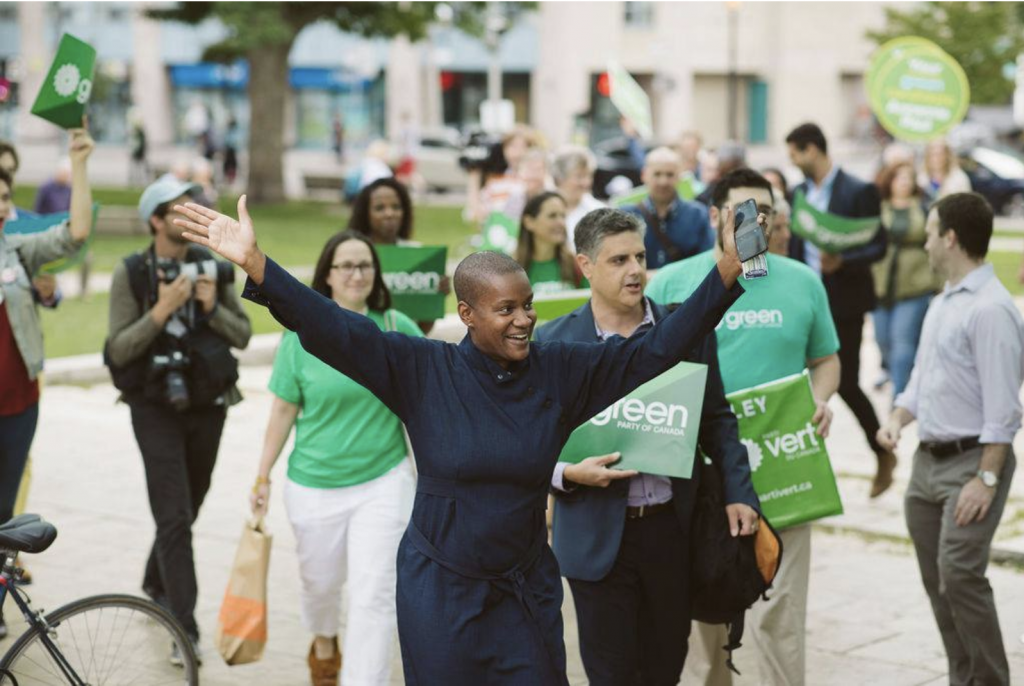 Women candidates and their issues not represented, yet again, during the election

For a few moments last year, when COVID-19’s disproportionate impact on women, immigrants and other historically excluded communities became inescapable, the darkness cracked open and some light got in.

Political leaders across the spectrum mouthed encouraging platitudes, the intrepid leaders at Canada’s YWCA released a feminist recovery plan, and women everywhere, exhausted by the homeschooling-full-time-work Watusi, allowed themselves an instant of optimism. They entertained fantasies in which women’s priorities would drive “building back better” priorities.

(If only they’d been reading the New York Times, they’d have known how futile this was. A header in the paper underlined the ongoing disconnect, declaring, “Nearly half of men say they do most home schooling; 3 per cent of women agree.”)

Earlier this month, Equal Voice revealed that this election features a record number of women and gender-diverse candidates. But hold the champagne: the one-point increase over 2019 obscures the fact that just because 43 per cent of candidates are or identify as women, doesn’t mean the House of Commons will reflect these numbers when the voting is over.

Evidence for this is that women currently make up only 29 per cent of sitting MPs, a 13-point gap from their candidate numbers. Not because voters are reluctant to support them, as research conducted by CBC has made clear; the margins of their wins are similar to men. No, their electoral success rate is driven by the fact that across the board, their parties give them less funding and less access to winnable ridings than their male counterparts.

That’s why many Canadian women cheered last week when Green leader Annamie Paul made a point of flagging not only the absence of sisters on the debate platform, but also a few of the policy consequences of our collective absence from the halls of power. She cited sexual harassment in the military and the absence of affordable child-care, but she could have added a whack of others.

Historically, women have tended to place greater priority than men on combating climate change and food insecurity, on investing in diplomacy versus military action, on promoting education and public health.

Earlier this month, 50 prominent women leaders from politics and business, academia, the arts and the non-profit sector, signed an open letter to politicians and the Canadian public reminding everyone how critically dependent our economy is on working mothers.

Will their “don’t mess with us” message make a difference? Although the letter didn’t generate much news attention, a recent analysis by polling firm Environics finds that child care is, in fact, a key issue in a large number of close races.

Although no demographic group votes as a monolith, a review of voter inclinations conducted last month shows a significant gender divide. Support for the Liberals was greater among women and the Conservatives enjoyed a significant lead among men.

What’s also clear is that more women than men have voted in every one of the last four federal elections. Not seeing themselves and their life-informed perspectives represented by political leadership has perhaps inspired, instead of dissuaded, them from casting ballots.

Whatever the outcome of Monday’s vote, Canadian women deserve better, and our persistent underrepresentation continues to undermine Canada’s claims to democracy.

We need to make this the last election in which our voices, our realities, our leadership capacities are absent or marginalized. The fastest and easiest way to do that is to insist that political parties themselves commit to equality and nominate as many women and gender diverse candidates as men, and give them access to at least half of their stronghold ridings.

Informed Opinions is a national non-profit working to amplify the voices of women and gender-diverse people and ensure they have as much influence in public conversations as men’s.