What Impact are We Having? What More Can We Do?

We recently surveyed hundreds of women who’ve participated in our workshops and remained on our mailing list. Email overflow and work-life demands being what they are, we were happy to log 57 responses from women in 16 cities across the country. They gave us insight into what use they’ve made of the training we deliver, and how else we might be able to support them in continuing to amplify their voices.

Positioning yourself for impact

I recall hearing advice growing up that “it’s not what you know but who” that makes a difference to your career. But actually, it’s who knows you that’s more important. And visibility allows you to be seen, and your potential to contribute to be recognized. That dynamic is central to what we do and why.

That’s why we were very gratified by the responses women gave to the question:

What kind of engagement with media have you had in the past 7 years?

Eva Pomeroy published five op eds in 2015, three in print media and two online, and did two radio interviews. She says the idea of going to the media would never have occurred to her, but she now appreciates the impact she’s able to have addressing issues she knows and cares about.

We also asked what kind of feedback or sense of impact women had experienced as a result of their increased profile. Here’s what they said:

Not all the news was good. Predictably, 29% of women received negative feedback from trolls or haters online, and 13% were criticized by colleagues. Although neither of those experiences are pleasant, on balance, the positive results of increased exposure far outweighed the negatives.

Indeed, in a response to a more general question about what impact, if any, attending our programming or engaging with media had had,

When Adrienne Clarkson was Governor General, she was often approached by Asian Canadian girls who were wide-eyed with the suddenly expanded possible futures they could imagine for themselves as a result of seeing someone who looked like them in the prestigious and influential role of Vice Regal.

Your visibility – as a politician or CEO, chemical engineer or doula, mining executive or chiropractor – makes it easier for girls and young women to envision themselves in a similar role. And most of those your role modelling inspires won’t ever have the chance to tell you. But the absence of that communication in no way lessens your impact.

We also asked members of our network to weigh in on what kinds of support from Informed Opinions they continue to value, or would like to see us take on in the future.

Almost three-quarters (74%) expressed interest in the kind of media engagement tips and tools that we deliver in our workshops, and share through this blog and on social media. (If you’re not already receiving notice of new blog posts by email, you can join our Linkedin Group or sign up for our blog.) Another 72% requested additional training workshops to help build and refine skills.

Many said they appreciated the work my colleague Samantha oversees in promoting their expert profiles or media commentaries to journalists (63% and 58% respectively). And well over half (58%) encouraged us to convene events that would permit them to connect with other media-engaged expert women. Slightly under half (46%) expressed interest in free webinars that would permit them to get answers to specific questions related to their media engagement.

Where Do Our Experts Engage Online? 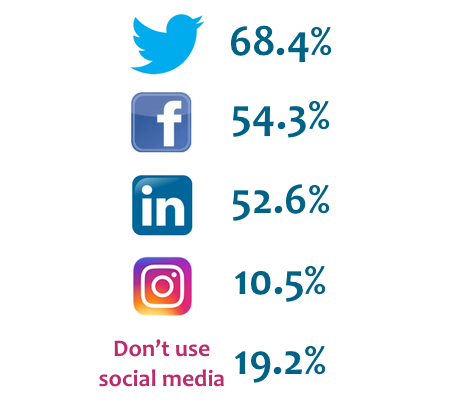 How We’re Going to Bridge the Gender Gap by 2025

Last fall we announced What Gets Measured Gets Done – a new initiative that tracks the data to measure the male and female voices being quoted and featured in Canada’s most influential news media. Our explicit goal is to achieve gender parity by 2025 by celebrating the leaders and encouraging the laggards to do better. Almost two-thirds of our grads (63%) expressed interest in supporting this endeavor, so we’ll be looking to them to share the data we collect with their networks. 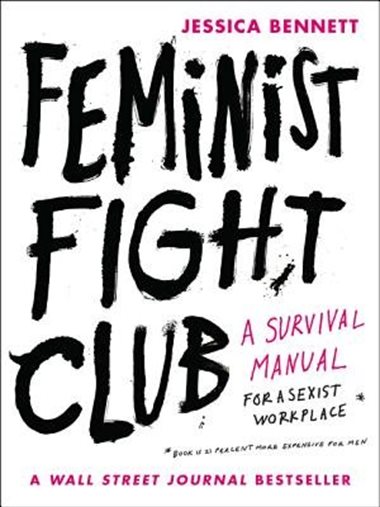 Survival Guide for Women in the Workplace

Finally, 53% of our network expressed interest in a “Surviving & Thriving in the Workplace Guide for Expert Women”.  Although I relished the idea of writing this book, anticipating its enormous audience, it turns out Jessica Bennett has already written it.

She called it Feminist Fight Club – A Survival Manual (For a Sexist Workplace), and it’s a gem: funny, deeply resonant and chock-full of practical advice. She drew on both her own daily office experiences as well as those of a small group of smart, articulate and ambitious women. Together they offer an arsenal of strategies that include snappy comebacks, encouraging pep talks and strategically smart action steps.