In honour of Mother’s Day, I’m sharing a tribute to my own, which was originally published as the postscript/dedication to my most recent book, OMG! What if I really AM the best person? 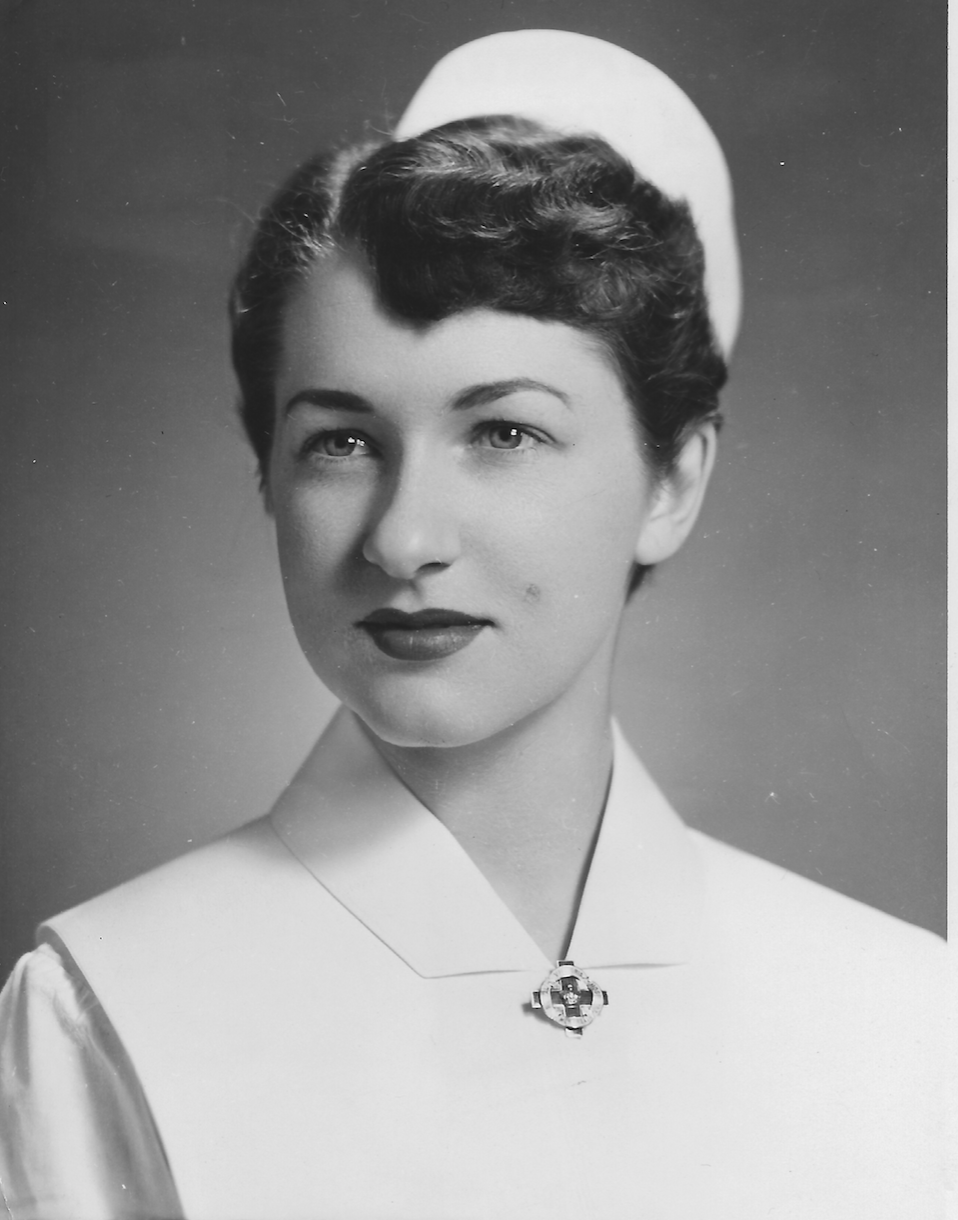 My mother was extremely proud of her nurses training and the use she put it to. But in 1959, as she lay on a gurney in the emergency ward of a Montreal hospital, listening to her own blood dripping onto the floor, it wasn’t helping her.

Beside her, my father was insisting she’d be fine. He dismissed her deathbed advice that he should remarry.

This made her furious. She’d heard enough of the terse medical conversation around her to understand what he had missed. She knew how serious her sudden blood condition was; it had killed her unborn child, just a month short of his birth, and she herself wasn’t likely to survive.

In fact, she had the kind of near-death experience recounted by others. She saw white light at the end of a tunnel, felt overcome by a compelling sense of peace. But because she was already mother to three daughters under the age of four, she fought her way back from the tempting light, summoned up all of her strength, and hissed at my poor father:

“You’re not listening to me. My girls need a mother. You need to marry again!”

Luckily for me, her prognosis was wrong. She survived. (Possibly motivated by the fear that my father wouldn’t find a suitable replacement.) And five decades on, she may be legally blind, partly deaf, and living a very confined life, but in her 85th year, her nursing days long behind her, she correctly diagnosed my father’s appendicitis, and successfully badgered him into going to the hospital. (Which, let’s be clear, undoubtedly saved HIS life.)

This story offers a glimpse into the measure of awe and respect I feel, not just for my mother, but for all women who summon their strength for the welfare of others, who channel the kind of ferocious protective instinct that so often surfaces in motherhood, but is less dependent on hormones than it is on empathy.

I believe the world would be a dramatically better place if such voices exerted more influence. On everything.

If you share this perspective, please consider making a tax-deductible donation to Informed Opinions’ work. Although we deliver programming on a sliding scale fee-for-service basis, the database we’re building to make it easy for journalists to find expert women generates no revenue.