3 TRICKS TO IMPROVE READERSHIP OF YOUR OP ED

Informed Opinions’ Writing Compelling Commentary workshop is chock-full of concrete suggestions designed to help you write a timely and persuasive op ed and get it published in an influential media forum. And previous blog posts have offered lots of content that expands on the hand-outs we supply and the examples we offer in the session. But here are three quirky tips that I don’t always get to, and bear repeating, in any case:

1. Mention a famous person whose attention you’d like to attract 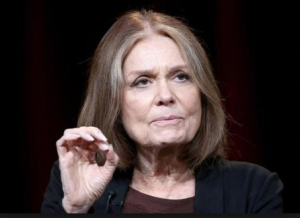 In an op ed about the Feminist History Society published in the Globe and Mail four years ago, I quoted Gloria Steinem. I happened to be shamelessly exploiting Hugh Hefner for my own purposes, and Ms. Steinem had once observed that his major “contribution” to the world had been to “make more women more sexually available to more men”. The quote was pithy and relevant, and made the piece better.

It also ensured that Ms. Steinem saw the column and learned of the Feminist History Society. (This outcome was not one I’d intentionally sought, but I was thrilled to discover that I had inadvertently introduced a project I support to a woman I admire.)

2. Make it easy for an editor to illustrate

Ditching abstract and theoretical language for concrete examples or analogies that make it easier for readers to visualize what you’re talking about and why they should care is always a good idea. And sometimes doing so has dramatic results. 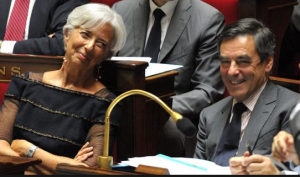 Writing about the Women’s World conference in the Ottawa Citizen three summers ago, I referred to Christine Lagarde, the head of the IMF, in my lede. Ms. Lagarde is an enormously intelligent, powerful and internationally recognized French woman, who also happens to cut an imposing and elegant figure. (She’s tall, has striking white hair, and dresses well.) When my op ed was published, the Citizen accompanied it with a photograph of Lagarde, which would have significantly increased its readership.

(My delight was slightly tempered by the cost to my husband. Coincidently, he had an op ed on another topic on the same page – sadly without any reader-engaging artwork, since space allocations usually only afford room for one.)

3. Break up your text

Academics accustomed to writing for scholarly journals are often surprised to realize how short the paragraphs tend to be in daily newspapers. But mimicking this style is a good idea if you want to be published in vehicles that reach a broader audience. News consumers are usually scanning content and often in a hurry, so a piece of writing that requires them to focus careful attention on long paragraphs is more likely to be shelved for later (which usually translates into never). It’s easier for readers to commit to short bits of information, and they’re more likely to read to the end of a piece that’s broken up into digestible chunks.

Similarly, if your subject matter lends itself to subheads or numbered points, that, too, can be a means of making it easier to scan and absorb. In a recent piece I wrote in response to Steve Paikin’s controversial blog post about the difficulty of convincing women to come on TV, I summarized the three categories of reasons our research has found to be salient among female experts.

Huff Post called shortly after I posted my response on this blog and asked to publish it on their site. The timeliness and profile of the issue were clearly pivotal, but the subheads probably didn’t hurt.