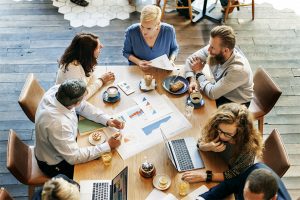 Informed Opinions is delighted to be able to draw on the advice of a small group of smart, engaged and accomplished individuals with a demonstrated appreciation of the value of diverse voices, particular knowledge of related issues, and connections to relevant institutions and people. Their insights and suggestions are helping us to make even more of a difference.

Kathy English is the Toronto Star’s Public Editor, the paper’s reader advocate and guarantor of accuracy. She has reported and edited for the Hamilton Spectator, London Free Press, Toronto Sun, and the Globe and Mail.

Kathy taught newspaper journalism at Ryerson School of Journalism for 10 years and launched websites for two Canadian media companies. She served five years on the board of the National Newspaper Awards. She holds a Masters degree in Canadian history.

Jane Griffith is Partner at Odgers Berndtson. With more than a decade of experience gained in executive search, Jane has worked with a broad range of clients across diverse industries, including: Academia, Not for Profit, Environmental, and both the broader public and private sectors. Previously, Jane was Partner and Practice Leader of the Academic and Not For Profit Sector at Four Corners Group and founded Griffith Research, where she worked with a series of executive search companies located in Canada, the United States, Dubai and Australia.

Jane has also worked in fundraising for the United Way of Greater Toronto, York University Foundation, and with not for profit consulting firm KCI (Ketchum Canada Inc.). An active volunteer both locally and nationally, Jane is a member of the Steering Committee for the 30 Percent Club Canada, the Founder of The Council of Women Executives, Vice-Chair of Clean Air Champions, a Founding Director of the Board of Directors for the Association for Professional Researchers for Advancement-Canada (APRA-Canada), former Chair of Perth Children’s House Montessori, and former Board Member of the Perth and District Chamber of Commerce.

A frequent public speaker, Jane has presented sessions with AFP at Congress in Toronto and Ottawa. She holds a BA, Honours in Legal History from the University of Calgary, a MA in Legal History from the University of Toronto, and she completed the course work for a Masters in Environmental Studies (MES) at York, focusing on the role of Emotional Intelligence and Lifelong Learning. Jane holds the “Certified Researcher/Associate” (CRA) designation from the AESC (Association of Executive Search Consultants) and serves as an Examiner for the Certified Researcher/Associate exams.

Evelyne Guindon is the Director, External relations of Women Deliver, a leading global advocate for the health, rights and wellbeing of girls and women engagement. In this capacity she works to enhance the relationships and resources that power the organization’s work for girls and women around the world.  With over 25 years of experience, Evelyne was most recently with CUSO International, one of Canada’s largest international development organizations, where she served as Chief Executive Officer.  She has also served on the leadership teams of Right To Play International, CARE Canada and the Micronutrient Initiative, helping to navigate these organizations through significant change and growth. Evelyne has a solid track record of ensuring important initiatives have the resources required to deliver sustained impact.

Over the years, Evelyne has led programs and operations in Africa, Asia, Latin America and North America. Working to ensure girls and women reach their full potential has been the sturdy thread woven throughout her career and volunteer life. Evelyne launched her career in sexual and reproductive rights in Canada and was subsequently part of this important movement for several years in Southern Africa. Her experience has led her to be a steadfast champion of the potential that partnerships hold. 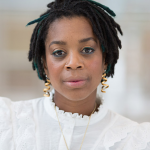 Naila Keleta-Mae is black and free. She holds a PhD and is a Professor of Theatre and Performance at the University of Waterloo with research and teaching expertise in race, gender and performance. In the past two years, Naila has written eight articles for the media – one was a top-trending-worldwide article for VICE Network and another was a record-breaking op-ed for The Globe and Mail. She has also appeared as a pop culture critic for the BBC, CBC, CTV, The Canadian Press, The National Post, The Toronto Star, and The Fader.

A leading expert on Beyoncé, Naila has written a book on the pop star’s art and influence (forthcoming, Between the Lines Press, 2018). In addition, she is currently working on a book on female blackness in Canada (forthcoming, Wilfrid Laurier University Press, 2019). A singer/songwriter and recording artist with two full-length albums (bloom, 2009 and free dome: south africa, 2002) she is also a published poet and playwright.

Naila’s scholarship appears in a variety of academic journals and books, and she has received a number of awards including the Lois Claxton Humanities and Social Sciences Award (University of Waterloo), the New Scholars’ Prize (International Federation for Theatre Research), the Mary McEwan Award for Feminist Scholarship (York University), the Abella Scholarship for Studies in Equity (York University), and a SSHRC Canada Graduate Scholarship. www.nailakeletamae.com

David J. Mitchell is the President and CEO of the Calgary Chamber of Voluntary Organizations. He has a broad professional background, spanning the private, public and education sectors. Most recently, he was Vice President, College Advancement & Chief External Relations Officer with Bow Valley College. From 2009 to 2015 he led Canada’s Public Policy Forum, an NGO dedicated to improving the quality of government through multi-sectoral dialogue.

Before that he served as vice president at three universities: Queen’s, Ottawa, and Simon Fraser, directing fundraising and external relations at each. David served as a Member of the BC Legislature from 1991-1996, where he was Opposition House Leader and a watchdog on a broad range of issues. He also gained experience in parliamentary procedure and legislative processes as Deputy Clerk of the Saskatchewan Legislature, and held executive positions within Western Canadian resource industries. An award-winning writer and author, he is a Governor and Fellow of the Royal Canadian Geographical Society and previously served on the boards of the Ottawa Symphony Orchestra, the Great Canadian Theatre Company, the Parliamentary Centre, the Vancouver Aquarium and Marine Science Centre, and the Vancouver Art Gallery.

Isabelle is a partner at Blueprint, an Ottawa-based strategic consulting agency.  A bilingual, experienced practitioner and strategist with a diverse background in enterprise digital strategy, business process improvements, customer engagement and marketing. For almost 20 years, she has been helping organizations such as the Ottawa Senators, Giant Tiger, Major League Soccer and the City of Ottawa make strategic investment choices in digital that will deliver the most value to the business and their customers.

Isabelle has developed a methodology to quickly assess an organization’s digital maturity and readiness, and has conducted audits for the professional sports and entertainment industry and the association sector. A frequent speaker at industry conferences, she is considered a change agent, helping clients tackle big, bold problems, identifying emerging trends and developing pragmatic solutions.

Isabelle holds a BA in Communications with honours in New Media from the University of Ottawa, and sits on the Board of the Youth Services Bureau Foundation, and the advisory committee of Ringside for Youth. She is a frequent speaker at industry conferences sharing her expertise in digital transformation and the impact of technology on consumer behaviour. As a mother of three young girls, Isabelle firmly supports Informed Opinion’s mission and is passionate about amplifying women’s voices both in media and at the executive table.

A multiple award winning non-profit professional with expertise in fundraising and nonprofit governance, Ann’s experience includes work in both Canada and the US. She has taught nonprofit strategic planning, fundraising, and volunteer management at Georgian College for 8 years, and is one of only four people in Canada certified as a Master Trainer by the Association of Fundraising Professionals.

Sought after as conference speaker, Ann has spoken on philanthropy across Canada and internationally. She serves as a Mentor through the Association of Fundraising Professionals Inclusive Giving initiative. She has a strong understanding of the governance, financial, and legal regulatory requirements for running a charity.

Ann’s MBA focused on NonProfit Management and she has completed the Institute for Corporate Directors Not For Profit Governance Program. She is also an active volunteer for Endeavour Volunteer Consulting, is the 2018 Chair for Association of Fundraising Professionals Congress, the largest fundraising conference in Canada, and recently served as Board Secretary for Rainbow Railroad. Currently Principal for Charitably Speaking, she’s overseen major gifts, and personal and corporate giving for large organizations like CNIB, and small groups like the WoodGreen Foundation. She also serves as Editor for Hilborn Charity eNews, Canada’s largest weekly charity sector professional publication.

Her work has won awards in five fundraising domains and she is proud to have led the acquisition of more than $100M in ongoing giving by networking, partnering, and building high-performance teams. In her spare time, she is a Supreme Gleaner for local fruit charity Not Far From The Tree.

John Simpson holds a PhD (Alberta 2010) in philosophy based on research into rational behaviour using agent-based simulations. He is currently the Humanities & Social Sciences Specialist for Compute Canada and is leading development of a national strategy to engage these communities in High-Performance and Advanced Research Computing.