How to engage readers from the first sentence — and repurpose your content, too 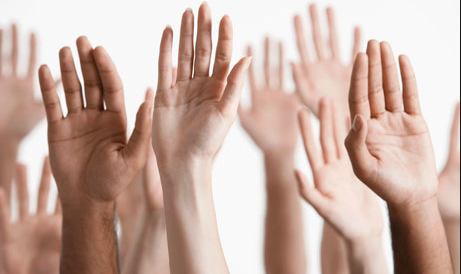 It could be a stressful exercise.

But by the time we force our commentary writing workshop participants into allowing others in the room to vote on the engagement capacity of their opening sentences, they’ve already laughed and commiserated enough that the “thumbs down” votes don’t feel personal. And the collective intelligence of the colleagues present invariably serves up a great alternative.

Given the intense competition for attention — so much of it click bait designed to distract readers with celebrity photos, political scandals or both — it’s critical to make your lede as strong as possible.

In advance of a recent visit to Concordia in Montreal, I promised a piece about Informed Opinions to the University’s online publication. Drafting it on Easter weekend, I sought feedback on a couple of my own possible ledes from my husband and adult stepdaughter.

Which one would do a better job of compelling you to read on? Would you be intrigued by the insults reflected in…

There’s nothing like being called a “feminazi” or member of the “Bitch of the Year Club” to reinforce your resolve. If you’re ornery.

OR made curious by the emphasis on fertility evident in…

Most women spend decades of their lives either avoiding pregnancy, trying to become pregnant, or dealing with the consequences of having been pregnant.

In fact, they both chose a different one. David voted for the second, rejecting the first because, in his view, condemning women as “feminizis” is so passé. In contrast, Madi argued that many women are called much worse online and so the acknowledgement of it would resonate with lots of potential readers. Their disagreement was both useful (it reminded me that no lede will be equally effective with all demographics), and not (a unanimous vote would have made it easier to choose!) However, given that my primary purpose in writing the piece was to introduce women to Informed Opinions and the resources we offer, I went with Madi’s preference.

Over the past five years, in pursuit of raising the profile of the project and the issue we’re working to address, I’ve written op eds for a variety of publications. You could do the same, and reach more people in the process. Although the substance of my commentaries is similar in each, I don’t look at the priors when tackling the new, and I craft a new lede for every piece.

Some of the op eds have been inspired by current stories, and so I’ve built the opener around the news hook. For example, last fall I capitalized on the news coverage of the Jian Ghomeshi and Bill Cosby scandals, writing…

You probably didn’t notice, but in newspapers and newscasts across North America recently the number of references to women went up, along with the amount of ink and air time given to exploring how they think and what influences their decisions.   Toronto Star

And last March, I was able to use a social media furor as the hook and the lede…

Don’t blame the messenger, folks: When Steve Paikin, host of The Agenda blogged and tweeted recently about the show’s difficulties in recruiting female guests, he elicited a firestorm of protest.   Huffington Post

Storytelling is often a good way to to engage; the challenge is to hit the right balance between precision and concision: you want enough detail to make it interesting, but to get to the point as quickly as possible. In hindsight, I could have deleted “on my way to the old port” from the following, so readers would get to “Of course” faster…

I was cutting across the parking lot of St. Patrick’s Basilica in Montreal on my way to the old port the day Pope John Paul II died in 2005. A TV reporter stopped me to ask if I would comment. Of course, I declined.   Ottawa Citizen, Vancouver Sun, Montreal Gazette

Contradictions are another good way to pique curiosity. Putting two things that don’t belong together in the same sentence (say, Hugh Hefner and Winston Churchill) can compel readers to keep going to discover the connection. In the one below, my emotional response to my audience’s apparent support is disconcerting…

I’m standing in front of a room full of CBC radio producers and researchers in Toronto, and they’re all nodding their heads, agreeing with the words I’ve just spoken. You’d think this would make me happy. Instead, I’m furious.   Western News

Local papers want a local angle, so in advance of a public lecture at the University of Victoria, I chose to cite my political experience and drop my former boss’s name. (The dig at indefensible name-calling was a bit gratuitous, but it made the lede more concrete.)

Even before my short-lived plunge into BC political waters as press secretary to premier Ujjal Dosanjh, I’d survived the kind of name-calling most people imagine being strictly reserved for terrorists or puppy mill operators.   Victoria Times Colonist

Similarly, to promote a public lecture I was scheduled to deliver at the University of Waterloo, I emphasized the under-representation of women in STEMs, in recognition of the university’s reputation for high tech innovation.

And in advance of a visit to Western University in London, a town where automotive manufacturing has played a big role in the economy, I cited a relevant movie…

There’s a great moment in the recent British film, Made In Dagenham, that I’m guessing will resonate with many women, not just those who’ve worked in the macho car manufacturing industry.  London Free Press

When I first launched the project in 2010, I told a more detailed story about one particular name-calling experience and then bridged to the same point I get to more quickly in the example at the top of this blog…

The way the envelope was addressed should have been enough to warn me that the letter inside was not amorous in nature. To the left of the postmarked stamp, in formal but shaky cursive, my new correspondent had written “Bitch of the Year Club” immediately beneath my correctly-spelled name. This was unfortunate; there could be no mistake to whom he was referring.  Ottawa Citizen

In two higher education magazines, I’ve contrasted the relative degrees of gratification I’ve experienced when writing for a lay audience (reaching thousands, eliciting immediate feedback) versus an academic one…

Writing my master’s thesis during the mid-1990s while I also was writing a regular column for the Vancouver Sun offered an exercise in stark contrast.   University Affairs magazine

Academic Matters gave me more than twice the space as University Affairs, and I made my lede twice as wordy. This is not necessarily advised!

For three years in the mid-1990’s, I had the privilege of sending a weekly memo to thousands of readers of the Vancouver Sun on whatever topic most concerned me. Only a small fraction of them replied (often, it must be admitted, in language that made clear their profound disagreement with my position, syntax, or gender).   Academic Matters

I encourage you to pay close attention to what ledes arrest and engage you, to adapt strategies you find effective, and to solicit feedback from friends, colleagues and family members before you submit your pieces for publication.

Just because you’ve written about an issue for one blog, newspaper or magazine, doesn’t mean you can’t repurpose it for others, to reach and influence an even wider audience.