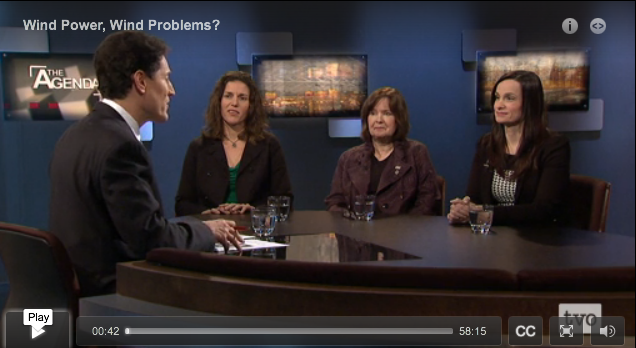 A year ago, when veteran journalist and host of TVO’s The Agenda blogged, “Where, oh where, are all the women?” he ignited a firestorm of protest.

Ironically, Steve Paikin’s show already had a much higher percentage of female guests than any other broadcast program studied by Informed Opinions over the past five years. (When we monitored the Agenda in January-February 2011, we found that 38% of the experts featured were women. This contrasted with CBC Radio’s The Current, featuring 31% female guests, and CTV’s Power Play, which included only one woman out of 27 guests during the two-week period in which we watched all three programs.)

So TVO’s The Agenda was already ahead of the pack. But as a result of the controversy that greeted Paikin’s online comments about some of the reasons women decline interview requests, the good people at TVO’s flagship show made a concerted effort to do better. And they’ve succeeded.

When I ran into Paikin at a recent Canadian Journalism Foundation event in Toronto, he told me that he and his colleagues were tracking the number of women guests and had topped 45%. Indeed, data provided by broadcast series producer Stacey Dunseath for the program’s last six months revealed a peak of 48% in January, and an average of more than 43% female guests since September. And this, Dunseath says, occurred without deliberately shifting the subject focus.

The Agenda’s feat offers a reminder to producers elsewhere:
it’s possible to deliver good programming that draws on qualified experts without excluding half the population.

In fact, Dunseath spoke enthusiastically about a couple of recent female guests who’d never done TV interviews before, and were, like many of the women we’ve trained, initially reticent to to appear. But, she said, both of them “brought incredible context, gave thoughtful answers,” and “knocked it out of the park”.

Which is not to deny that achieving better gender balance requires effort. The Agenda’s strategies have included:

Paikin himself deserves some credit for immediately embracing his critics last year, inviting half a dozen of us on air for a lively discussion of how chronically under-represented female voices are in public discourse generally. Dunseath believes that women who became aware of the issue as a result felt an obligation to step up in a way they hadn’t previously;

She also said that she and her producer colleagues have employed a handy tool that Informed Opinions developed a few years ago.

It’s a postcard we jokingly called “Countering Female Source Reluctance”, and it features a sample conversation between a journalist and a potential source: 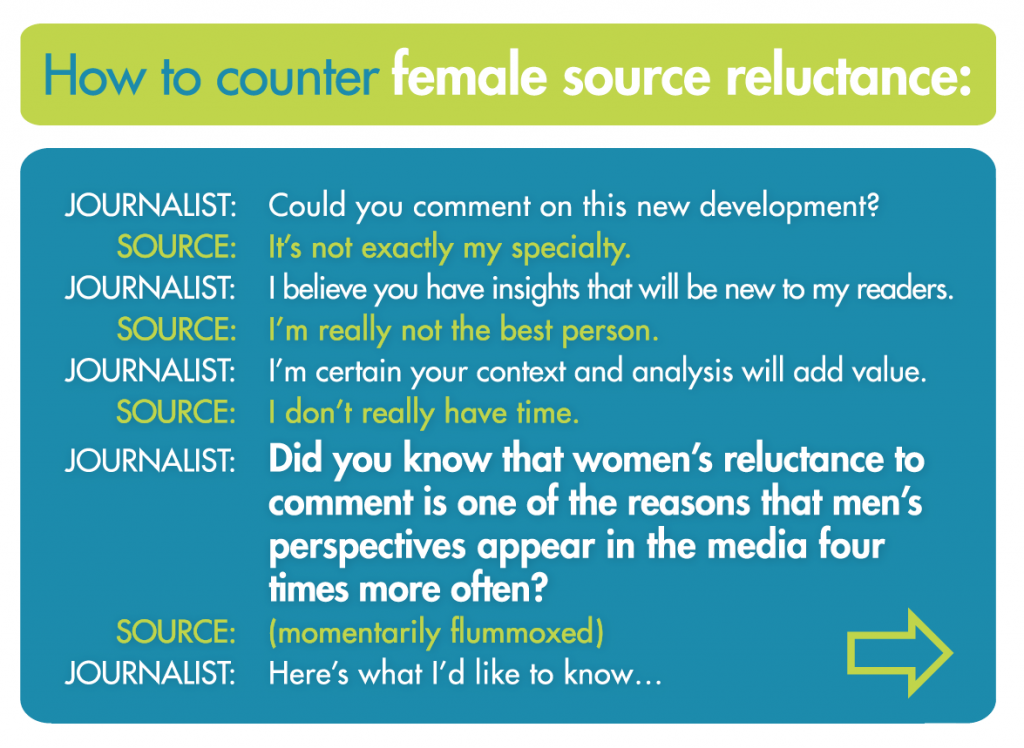 TVO producers have this Informed Opinions’ postcard useful in recruiting female guests. The flip side refers journalists              to our experts database, soon to be significantly upgraded to a new platform at ExpertWomen.ca

Dunseath says that drawing on our tips has proven to be very effective at encouraging women to reconsider their “thanks, but no thanks” response.

And we all benefit from that. The more diverse the perspectives informing our public conversations, the richer and more fruitful they will be. A growing body of research in business and science makes this clear: the inclusion of women’s voices increases profits, ethical performance, scientific innovation and the quality of workplaces themselves.

In an increasingly competitive global society, we can’t afford not to take advantage of such advantages in every arena.

Stay tuned for news about ExpertWomen.ca/Femmes Expertes.ca, our plan to significantly upgrade our existing Experts Database in the coming weeks.