How to get others to recognize your brilliance – without bragging 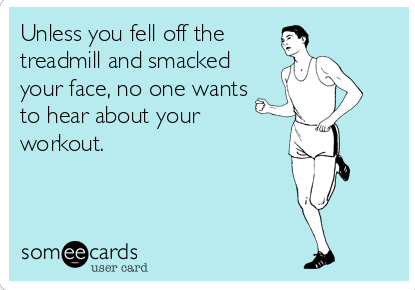 Once upon a time it was possible to claim with confidence: Nobody likes a braggart.

Now you have to qualify the statement: “unless he’s a billionaire, promising to turn the clock back to the 1950s, and Russian hackers are spreading fake news stories about his female opponent.”

It was crushing for many women to be reminded how operative the word “female” remains in the previous sentence. But in fact, lots of research had already made this clear: highly competent female performers – whether they’re politicians, executives or academics – have to tread very carefully when tooting their own horns. Behaviour acceptable in a man is still often criticized in his female counterpart.

The question is, how do you convey your competence, establish your authority, and connect with your audience, in the face of that double standard?

I recommend swagger by stealth. You cloak your claims of competency in the guise of a story where humility and humour allow you to deliver the self-promotion without sounding arrogant.

Here’s what I mean.

Scroll through your professional memory bank for incidents from your career in which you took action and got results.

Can you identify any that can be told in the context of a lesson you learned along the way?

…or a happy accident that allowed you to achieve a result – something you did without realizing in advance how effective it would be?

I know some will resist this approach. Why should we have to couch our accomplishments in order to make them more palatable to those likely to be threatened by our awesomeness when men don’t have to? Why can’t we challenge entrenched gender stereotypes and the assumptions that accompany them simply by speaking the truth?

Because unconscious bias is real, pervasive, and (this is the tricky part) unconscious. Besides, notwithstanding the astonishing electoral success of the bragger-in-chief south of the border, even male speakers who don’t make it all about themselves are more likable and influential. (Barack Obama for one.) It’s easier to develop a connection with listeners when your ego is not in the way.

Think of it as delivering information in a manner that allows your listeners to believe they drew favourable conclusions about you all on their own, rather than because you declared your brilliance outright.

For example, in seeking to motivate more women to say “yes” to media interviews because of the benefits that accrue from the resulting public profile, I often share two stories about my own media experiences.

Although both demonstrate my capacity to add value and offer relevant insights, I’ve crafted the stories so as to emphasize the situational humour, delivering the competency take-away by stealth.

The first story has me turning down the chance to appear on TV. This resulted in my thoughtful comments being heard only by my husband, whose own prosaic response made the national news. (Call this a “what not to do” wasted opportunity story.)

In the second, when a reporter comes looking for a woman to speak about the demise of the Miss Canada pageant, I confess that I’m qualified to comment because he wanted someone who was not a beauty contestant. (He already had two of those.) To be clear, I’m not denigrating my appearance, just acknowledging that even in my twenties, I didn’t meet the exacting criteria demanded of aspiring super models. (Let’s face it: almost nobody does.)

In both of my stories, it’s the qualifying comments that resonate most with the women in the room. That I know how to deliver concise and relevant commentary isn’t the main point of either anecdote, but it’s the reason I tell the stories. Because doing so helps to establish my credibility, to allow the audience to relax a bit in the belief that showing up for my talk or workshop won’t turn out to be a waste of time. In an ideal world, the person introducing you does this for you, but sometimes that doesn’t happen. (see previous post on poor introductions)

In a related issue, a PhD student recently spoke to me about a colleague who received critical feedback on her “hiring talk”. (This is the presentation applicants give when seeking academic teaching jobs.) When the young scholar first delivered her talk, she was criticized for uttering the kinds of verbal tags women have been socialized to include so they don’t offend people by sounding like they know it all.

But when she removed the “I think” hedging qualifiers, the baldness of her presumptive declarations had people reading her as arrogant. What to do?

An alternative approach is to replace the undercutting tags with explicit references to the data or evidence. So “I think…” becomes “The research findings demonstrate …” or “The data is clear that…”

Have you encountered your own brand of the “how bold to be” dilemma?

Have you hit upon or witnessed an effective way around it?

Or do you have a question about how to manage a related issue?

We’d love to hear from you if so.