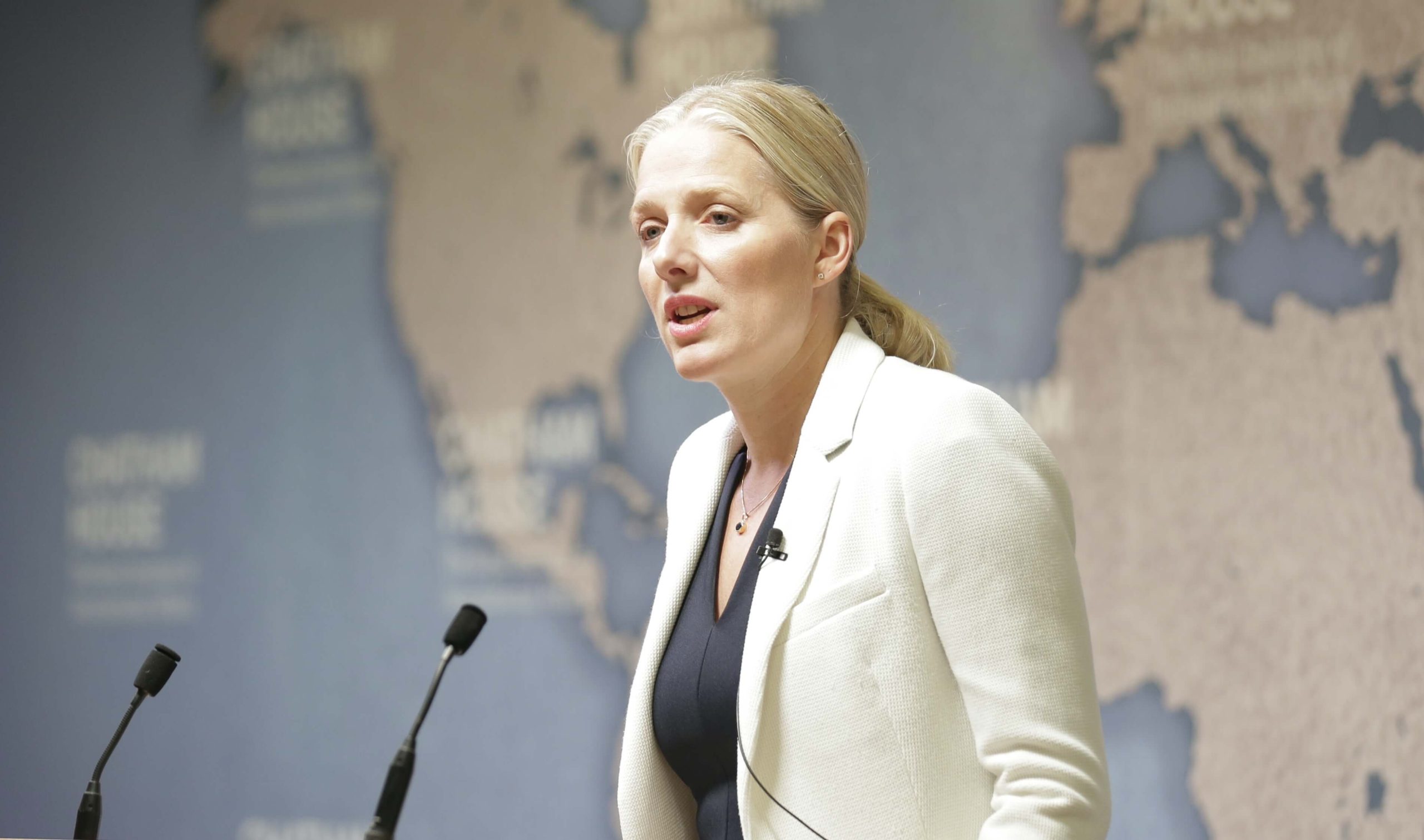 If you’re a woman in Canada who pays any attention to politics, you already know the basic arc and many of the low points of the story below. In fact, you’re likely to have had a visceral experience of the events, even if you only ever saw them reported on the news or discussed on social media. And merely bearing witness has probably negatively influenced any inclination you might have had to run for office yourself.

Catherine McKenna may be the canary in the coal mine of efforts to advance women’s leadership in Canadian public life – and the real and present threat that online hate poses to our democracy.

McKenna became the poster politician for online abuse during her tenure as federal Minister of the Environment – in part because the attacks targeting her online emboldened people to deliver their harassment and hate in person, too.

As the politician responsible for the government’s most contentious file, and as a woman, who also happened to be blonde, relatively young, conventionally attractive AND unapologetic about using her voice, she became a magnet for haters. They attacked her for policy and appearance issues alike, bent on discrediting her and undermining her ability to make the kind of changes that scientists have long been clear are necessary to protect the future of the planet.

In December, McKenna spoke to Taylor Owen, host of the Big Tech podcast produced out of McGill University’s Centre for International Governance Innovation.

She revisited the origins of the despicable “Climate Barbie” label (Rebel Media initially coined the phrase but she refrained from responding until a former Conservative cabinet minister used the moniker in Parliament).

That only escalated the abuse: in addition to the online trolling, people sent her Barbie dolls with hate messages attached and created videos showing dolls being harmed.

After McKenna was elected for the second time in 2019, her campaign office was sprayed with misogynistic graffiti in red paint across an image of her face.

Dealing with the daily onslaught of hate was very hard on her staff, and other women regularly confessed to her they would never consider running for office after witnessing the viciousness of the harassment directed at her.

Moreover, anyone who tried to engage on social media to defend or celebrate her would themselves, become targeted by trolls.

As a result of this – and the “zero action” taken by the social media platforms which were made aware of the online hate they were facilitating – McKenna is now a big proponent of regulation.

Both she and Owen spoke about the now widespread concern Canadians have about the issue, and the license this gives politicians to enact legislation against online abuse.

Noted Owen, “We have lots of conversations about cancel culture, but the weaponizing of speech by these technologies is a certain kind of censorship; we’re forcing the people most affected by this – women, people of colour – out of our public sphere in really meaningful ways. Is that the cost we now have to bear?”

McKenna is vehement in her condemnation of the extent to which online hate is silencing the diverse voices we need to bring into politics and public discourse. She believes that government action, transparent algorithms and the use of human rights law are all needed to address the issue. She cited the many other countries already introducing legislation and noted that some of the social media companies themselves want to be relieved of the decision-making involved.

“We’re in a different place,” she observed, compared to 2015 when she was first elected. At that time, politicians were told “you can’t block anyone on social media, because you’re a public servant and need to be accessible.”

Now, she says, “Canadians expect action and they wanted it yesterday.”

Shari Graydon is the Catalyst of Informed Opinions, a non-profit amplifying the voices of women and gender-diverse people and combatting the #ToxicHush of online hate that is silencing voices that are already discouragingly under-represented. Informed Opinions’ campaign against #ToxicHush is funding the development of a research app that will gather evidence making clear how pervasive the problem is, to help equip policy-makers and governments to deliver on that action.