Running to catch the light — and creating the “Transformational 20s” 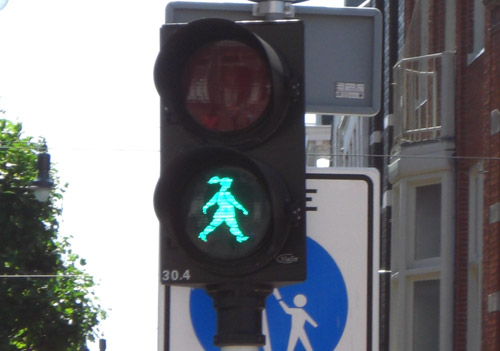 Is patience still a virtue?

When teaching kids, or walking behind those forced by age or disability to slow down, absolutely. But as Australia burns, and bellicose men on either side of the world threaten war, I feel with greater urgency than ever that change can’t happen quickly enough.

My partner would tell you that patience has never been my virtue. If the “walk” sign appears when I’m half a block away from the intersection, I will break into a sprint — even if I’m carting fragile eggs and an unwieldy watermelon.

Broken eggs aside, impatience has its virtues.

The women who fought to ensure that the rest of us get to vote, take maternity leave, and be paid commensurate with our equally qualified male colleagues, were not a patient bunch. Meaningful change of any kind requires that people who are dissatisfied enough with the status quo not put off agitating today for what they think should have been available yesterday.

Impatience gets sh*t done. It’s the very air that activists and the ambitious of all kinds breathe.

A few years ago I came across a persuasive op ed published in The Globe and Mail about the controversy around foreign workers. The byline identified its author, Catherine Connelly, as a prof at McMaster University. I had recently delivered an op ed writing workshop on the Hamilton campus, and at first thought she must have attended. But she hadn’t. I reached out anyway to compliment her on her thoughtful media intervention.

Although Catherine hadn’t participated in my workshop, she had attended a public talk I gave at the university on the same trip. She told me that my talk had inspired her to translate the research she was doing into a newspaper commentary. She was too impatient to wait for the next workshop, so she wrote and pitched her op ed without additional support. Its publication in The Globe then helped her secure additional research funding.

I founded Informed Opinions ten years ago, believing that the way to bridge the gender gap in Canadian public discourse was to ensure enough expert women had the tools and motivation to write commentary and say “yes” to media interviews.

In those 10 years, we’ve delivered media engagement training and support to more than 3,000 extremely knowledgeable women from across disciplines, sectors and the country. We’ve built a database to make them easier for journalists to find. And when that didn’t move the needle as fast as we’d hoped, we built an online digital analytics accountability tool — the Gender Gap Tracker — in the hopes of incentivizing a change in behaviour.

As a result, a significant number of the women we’ve supported have amplified their voices and raised their profiles through public discourse. Many have also increased their impact and experienced expanded professional opportunities.

But the progress overall remains incremental, and I’m more impatient than ever. Every morning when I walk up one side of the Rideau Canal and down the other, I chant the following affirmation:

You easily attract all the funding, resources, talent and buy-in necessary to successfully bridge the gender gap in Canadian public discourse by 2025.

Increasing women’s share of written commentary, feature interviews and cited quotations from 28% (what it is now) to 50% in five years might sound laughably optimistic, but we believe it’s both essential and achievable.

Corporations and governments alike have invested in all kinds of efforts aimed at advancing equality for women. Most of those efforts have been met with systemic resistance. But in the media realm, some journalists — both in Canada and elsewhere — are already achieving gender parity in the sources they quote. And the answer to who and how is simple: what gets measured gets done.

And here’s why that matters beyond the media: the Gender Gap Tracker allows us to measure the gains made in public discourse in real time. And they can be leveraged to increase women’s participation, leadership opportunities and profile elsewhere. Amplifying the voices and visibility of qualified women with expertise across disciplines makes it easier for all women to see themselves as leaders, easier for political parties and conference programmers and executive recruiters to identify potential candidates, and more difficult for organizations of all kinds to claim that women capable of serving in any of those capacities don’t exist.

We’re impatient to realize the future we’ve been envisioning and working towards for ten years. And we’ve developed smart, strategic plans to get there.

In the meantime, people are musing aloud about what the next ten years should be labelled. Here at Informed Opinions, merely one week in, we’ve already decided, designating them:

This is not wishful thinking on our part, it’s intentional action. We live in starkly sobering times. From the growing recognition of our terrifying environmental vulnerability, to revenge-driven threats of war, to the aftermath of the #MeToo movement… We are reminded in every news cycle of the democratic necessity of including diverse women’s voices in decision-making of all kinds.

Impatience is not just desirable, it’s demanded.  That’s why we are running as fast as we can to catch the light — both actually, at the intersection, to move forward, and metaphorically, in the world, before darkness descends.

Here’s how you can help us: