Should Smart Women Strive to be Public Intellectuals?

You know you’ve done your job as a conference planner when delegates depart complaining of not having slept since they arrived, thanks to an excess of intellectual stimulation provided by the presenters and programming you’ve so expertly curated. But I’m guessing that conveners Christl Verduyn (Mount Allison) and Aritha van Herk (University of Calgary) both knew they had a winner on their hands from the first panel.

When they told me they’d chosen “Women as Public Intellectuals” to define the focus of Discourse & Dynamics, the exceptional gathering they convened in Sackville in October, I saluted both the initiative and the subtitle. But a significant number of the brilliant, articulate, diverse women who participated in panel discussions critiqued or disavowed the term.

Rocket scientist Natalie Panek said she definitely wasn’t in the category and political scientist Lori Turnbull related more to “public citizen”. Celebrated legal advocate Mary Eberts acknowledged the power of “public intellectual” to evoke “imposter syndrome”, while noting that she didn’t seek the label. (And yes, I did have a stack of OMG cards on hand to challenge all of these responses!) 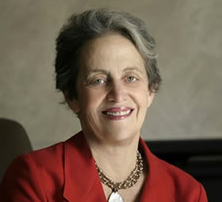 For her part, former University President, Lorna Marsden suggested that “being called a public intellectual in a Tim Hortons culture can be seen as a bit of a put-down.” And internationally recognized scholar Janice Stein – the woman whose name is most often mentioned when I ask people to identify a prominent Canadian female public intellectual – joined others in pronouncing the term deeply problematic. She observed:

“When academics speak in the media, they often use exclusionary language.”

(And clearly, that defeats the purpose of going public with your intellect in the first place!)

However, having now worked with more than a thousand expert women across Canada, I have a deep appreciation for how challenging it is for those immersed in the complex terminology of their discipline, industry or cause to translate stuff like “Perceptual Fluency and Judgments of Vocal Aesthetics and Stereotypicality”* into something that everyone else can understand.

Eberts further underlined where the responsibility lies when it comes to communicating in a way that matters with another anecdote. She confessed to complaining to her mother one day about the lack of conversation between them. Her mother – who grew up in a coal mining town in Wales – responded,

“Well, you’re the smart one; you figure out how to talk to me!”

This insistence places responsibility for the task firmly where it belongs, and is indisputably fine advice for any of us with specialized knowledge that we think worthy of being more broadly understood. Command of technical language and insider jargon is critical to establish your credibility among peers, but it’s a huge barrier to communicating with anyone else.

And considering that the value of knowledge grows through dissemination, both stories encapsulate a profound insight into the roles that intellectuals can play. In Eberts’ first example, X may impress, but Y is likely to have more impact. And what, at the end of the day, is more important? 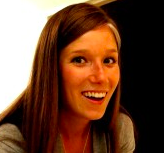 In her remarks, Natalie Panek offered a concrete example of the kind of translation necessary in her field. Instead of describing her work on the “self-supporting IG robotic manipulator for orbital replacements”, she instead tells people she works on “a robotic arm to repair satellites in orbit.” (At our request, she generously recorded a 3-minute Youtube video expanding on her views about the importance of women speaking up.)

Although still in her 20s, Panek more than held her own in conversation with notoriously hard-to-pin down literary icon Margaret Atwood. When the renowned author was asked about her role as a public intellectual, she demonstrated a classic bridging technique to segue to a story she wanted to tell.

“Let’s talk about my public performance, instead,” she said; “that’s a lot more fun.” (In the process, she channeled former US Secretary of State, Henry Kissinger, who famously began his press conferences by announcing, “Ladies and gentlemen, I hope you have questions for my answers,” signaling who would be controlling the topics to be discussed.)But Atwood returned to the subject of public intellectuals, pointing out that,

“Writers and artists get asked, and do speak out, because they don’t have employers who might fire them. That’s why when dictators take over, they usually shoot the writers and artists and academics who feel free to criticize them.”

In the context of Informed Opinions’ work to support more women in all spheres to speak up more often, I appreciated the reinforcement of a message we deliver frequently: if Canadian women – educated, employed and protected by more robust gender equity laws than exist in most of the world – are unwilling to comment publicly and share their experience-informed perspectives on important issues, who will?

(Whenever my own brain automatically furnishes up a few fretful reasons to bite my tongue, I just picture Malala Yousefzi, shot in the head for having lobbied for girls’ right to be schooled. My disincentives pale in comparison.) 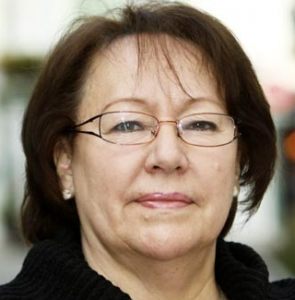 For internationally recognized Inuit activist Sheila Watt Cloutier, the consequences of not speaking up are life-threatening. And she demonstrates a deep grasp of the value of communicating in clear terms. At the conference, she used simple, concrete language to relay what’s at stake for her people in vivid and memorable ways. Talking about the change she’s witnessed in her lifetime, she said, “I can remember driving my dog team when there was no suicide and no toxins in our communities.” And she defined her people as innovative and resilient, explaining, “We have ingenuity in our core; we built houses out of ice to keep our children warm.”

Watt-Cloutier is deeply strategic in her clarity, and reinforced the value of being accessible to others. “It’s important to focus on making issues relatable to the broader collectivity to ensure that connections between the issues are understood. The news media and governments often separate them, treating them as if they’re distinct.” Her own words demonstrated such linking in action:

“If you protect the arctic, you save the planet.”

Conveners Christl Verduyn and Aritha van Herk are organizing a second iteration of “Discourse & Dynamics” to take place in Calgary in 2016. I’m already looking forward to another sleepless weekend.

* University of BC linguistics professor, Molly Babel, recently appeared on CBC Radio’s The 180, offering fascinating insights into the way we judge people based on their voices. Because she spoke in very accessible terms, I asked her if she’d published anything on a related issue we might share with Informed Opinions’ network. She kindly sent me the article she had co-authored under this title for an academic journal. It looks as potentially fascinating as her remarks, but trying to translate the executive summary into plain English for a lay audience made my head hurt.